So you’re completely new to silent films.  The list on Netflix is daunting–where to begin?  Should you go with a polite melodrama from the ’10s?  A college comedy from the ’20s?  Throw the concept of “easing into it” to the wind and dive into a marathon session of La Roue?  Cuddle up on the couch with some cookie dough and Battleship Potemkin? 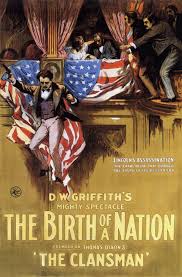 Maybe don’t START with this one.

Fear not, for after much consideration I’ve hit upon some handy tips for getting through this time of uncertainty.

Now all people have different tastes, so you can never quite predict what film will get them hooked on the silent era.  The following tips are simply my own recommendations–but so far, they seem to be working splendidly.

There is one tip, however, that I think is very important for all newbies, regardless of age, race, creed, gender, height, weight, and Coke/Pepsi preference.  And that is:

Comedy is the gateway to the silent era world.  The best of silent comedy is fresh, fast-paced, and amazingly timeless.  It’s the perfect way to get accustomed to the era before diving into the dramas.

He’s not sure if he likes that comparison.

Why Keaton?  Chaplin and Harold Lloyd are the other obvious choices, and I would put in a good word for Roscoe Arbuckle.  Even less familiar comedians like Max Davidson can take a modern audience by surprise.  But I definitely turn to Keaton, particularly for people my age and younger–his work is just that fresh.

I would only plead, on my knees with hands clasped nonetheless, that you start with his short films.  My pick for the first one is The Scarecrow.  (Oh that dining room scene!)  Then it’s on to One Week and The Goat, and then whichever ones your heart desires before diving into his features.  Sherlock Junior is a good starter, followed by Our Hospitality.  But I must get down on my knees and clasp my hands once more and plead that you save The General for last (with tears in my eyes).  Then, and only then, will you be able to fully appreciate its genius.

Now its time for the great Chaplin–and his famous Mutual comedies from the late ’10s, sometimes considered his finest work.  And if the Mutuals are Chaplin’s finest work, The Immigrant is practically the pinnacle of his artistic expression.  Follow this gem with The Rink, One A.M. and Easy Street, and then maybe even dip your toes in some of his earlier Essanay comedies (the even earlier Keystones he was in are perhaps most enjoyable once you’ve gotten to know the “classic” Chaplin really well).

For your first Chaplin feature, I think you simply can’t go wrong with The Kid.  Just make sure you have a box of tissues with you.  A big box.

Don’t worry, I’m taking the liberty of sending you a big enough box.

When it comes to chipper, determined, All-American Lloyd I like to go straight to his features.  The Freshman, The Kid Brother (probably his best work), and Safety Last.  Yes, in that order–save the famous Safety Last, just for a little bit.  After all, that’s the film containing one of the most iconic images in cinema.  You get to see that moment onscreen for the first time only once–get yourself pumped for the experience!

Just to make your conversion to silent comedy complete, let’s end with Roscoe Arbuckle.   His 1910s “Comique” series is, in the words of your typical Edwardian era advertisement, “a whirlwind of laughs and merriment.”  Start with The Butcher Boy, and make your way through the series.  And hey, is that a familiar face you see?  Yes, that is none other than Keaton again, in his very first film roles (check it out, he laughs and smiles too). Then sit back and enjoy Arbuckle’s earlier, and classic, Fatty and Mabel Adrift.

Luke the Dog alone is worth the price of admission.

Now that your stomach hurts from all that laughing and you’re in desperate need of a break, it’s time to check out some dramas.  Another handy tip is:

Tip #2: If you don’t know what dramas to start with, let the American Biograph Company be your guide.

This is where I finally get to suggest one of my favorite silent films, Broken Blossoms.  The range of silent comedy we’ve been seeing, from the mid-10s and beyond, spanning jokes both familiar and dated, will perhaps prepare you for the strangeness of seeing a white man playing the Asian main character. Its the sheer beauty of the film that stays with you, even despite the tragedy of its subject matter.

What studio produces an experience like this?  It’s time for some some Biograph shorts, circa the D.W. Griffith era.  Corner in Wheat, The Female of the Species, The Mothering Heart, The Musketeers of Pig Alley, The Burglar’s Dilemma, The Sunbeam, The Massacre…this is just a choice sampling.  Most of these 1909-13 shorts are around 10 minutes in length, making for conveniently bite-sized samples of filmmaking brilliance.

Alright, so you’ve started your silent film history foundation with a big helping of the finest silent comedies, you’ve watched one of the finest dramas in all of cinema, and have enjoyed the short gems that helped pave the way for it.  It’s time.

NOW you can watch this one.

Yes, that one.  The Big Kahuna of controversy.  The one film which will make you think that the meanest stereotypes in today’s films are just “cute.”  THAT ONE.  If you are interested in silent films, sooner or later you’re going to watch it–and you should.  It’s the film that helped the public realize that the moving pictures were, indeed, an art form.  It’s perhaps the single most important film in story.  And the battle scenes kick some serious butt.  The experience you are gaining so far will help you get through that dreaded second half (the warnings are true!).

Next up is, of course, Griffith’s next Big Epic Film, Intolerance.  Yes, the one with the massive set (and equally massive running time).  Now that’s a film worth setting aside an evening for.  Maybe even light some candles.  Hopefully you have a good-sized TV screen with which to witness this masterpiece in all its 1916 glory.

Allow me to suggest a somewhat large enough TV.

This has been a lot of Griffith-ness so far.  So now let’s…

Tip #3: Kick it up a notch with German Expressionism.

Looking for something on the scary side?  There’s no better choice than the ultimate silent expression of gothic atmosphere and brooding horror–Nosferatu.  Roger Ebert put it best: “To watch F.W. Murnau’s Nosferatu is to see the vampire movie before it had really seen itself…the film is in awe of its material.  It seems to really believe in vampires.”  This is one of those films that sticks with you, the kind that captures the essence of “things that go bump in the night.”  And as a bonus, it’s a handy-dandy introduction that most famous of film movements, German Expressionism.

Speaking of which, what else comes to mind the moment you hear the phrase German Expressionism?  That’s right–The Cabinet of Dr. Caligari.

Caligari takes all those cubist/futurist/modernist paintings that confuse you at art museums and translates them into sets.  It’s not only one of the most unique visual experiences in cinema, but the dark story line makes this one of the earliest recognizable horror films (aside from even earlier “spooky” films that you will of course watch someday–am I right?).

And now I’m really excited, because I finally get to recommend one of the best-known German Expressionist films: Metropolis.  This is the masterpiece whose effects and characters and stylized designs inspired a hundred science fiction filmmakers.  This is the epic that is amazingly original and startlingly ambitious.  I can think of few films that have tried to match it.

After a high like Metropolis, you don’t want to go down too far.  So how about you…

When it comes to fun adventure films, Douglas Fairbanks films deliver (but let’s face it–Doug usually does).  His Robin Hood has action, romance, a strong sense of fun, and great period costumes, all in and around a massive castle set that dominated the Hollywood landscape for a time.  Keep the fun going with his The Thief of Bagdad and The Mask of Zorro.

The Eagle, starring Rudolph Valentino himself, contains elements of both Robin Hood and Zorro with a dash of humor and an equally nice dash of Rudy V.  Not only is there something for both ladies and gents, but it’s a nice transition from Doug to your next feature, the visually-thrilling Wings.

The dudes might say that Clara Bow is thrilling enough herself.

And finally for some of the most intense action ever filmed, see: the chariot race and battle scenes in the 1925 version of Ben-Hur.

After all that excitement, how about we…

Tip #5: Unwind with some crowd pleasers.

If you liked Clara Bow in Wings you will love her in It.  The plot is perhaps not too far removed from today’s chick flick, but Clara lights up the whole film.

Cecil B. DeMille’s early films are some of my guilty pleasures.  Why Change Your Wife is a wonderfully dated romantic comedy–awesome–with great actors like Thomas Meighan and Gloria Swanson herself.  His Male and Female is a combination of humor, drama, romance, social satire, the Swiss Family Robinson and Gilligan’s Island (no kidding).

And this scene with Gloria and a REAL FREAKIN’ LION. No kidding.

And now this article is coming to a close.  Hmm, did I miss anything?  Oh yes, of course.   There’s one last crowd pleaser that can’t be missed.  Dim the lights and re-light those candles you bought for Intolerance, and enjoy Melies’s A Trip To The Moon.

Looking back at what I’ve written, I worry, because I wish I could add a hundred more suggestions.  It’s hard to pick just what to start with, let alone where to go from here.  But that’s a happy thing.

You’re on your own now, newbie. As you explore the silent world, let curiosity steer you.   For instance, those Biograph films–wonderful, weren’t they?  But what were Biograph’s rivals doing at the time?  What was going on even earlier, say, during the 1900s?  What about even earlier–the 1890s–the experimental stage?  What can you find just by clicking around in YouTube?

There’s so much to look forward to–it’s almost mind-boggling.  The sheer amount of comedy to see–Harry Langdon!  Mabel Normand!  Not to mention Charley Chase and Max Davidson and Louise Fazenda and Al St. John and Our Gang and the wacky world of Keystone goodness.  Then there’s work of iconic stars like Mary Pickford, Theda Bara, Lon Chaney and  Louise Brooks, and iconic filmmakers like Gance  and Von Stroheim.  There’s the vast world of European silents that we’ve just barely touched on.  Japanese cinema.  South American cinema.  Cinema from all over the globe.  And the genres!  Westerns, romances, melodrama, serials, documentaries, horror, avant-garde.  The list goes on and on.

Good luck, dear newbie.  And know that I, too, am still exploring.  So as I wish you luck in exploring silent cinema, I wouldn’t mind if you sent a little luck sent my way as well.

14 thoughts on “Getting Into Silent Films–Where To Begin?”