One of the best things about getting into silent comedy is that once you’ve had some hearty helpings of the essentials–Chaplin, Keaton, Lloyd–you can start exploring with confidence. What overlooked series will help you unwind after a day at work? What obscure comedian will end up being one of your favorite actors? Which stock company looks like it had the most fun? 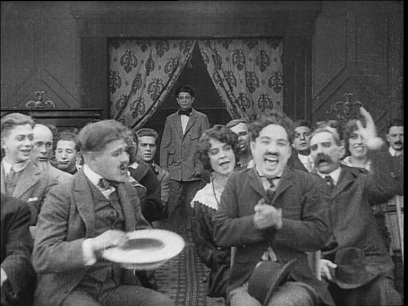 Of course, the answer to the latter is always going to be Keystone.

Thanks to our friends over at Undercrank Productions (who have worked wonders with Kickstarter), we now have another fine comedian’s work to explore–“International Mirth-Maker” Marcel Perez. 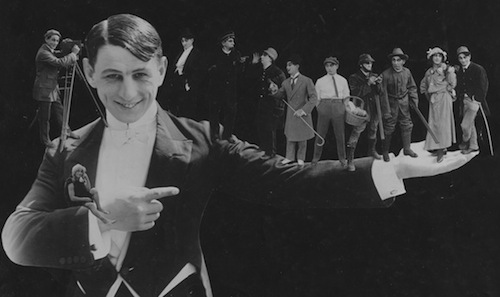 Who is already wowing you with this clever publicity shot.

Perez was a comedy star first in Europe and then the U.S., much like Max Linder. He was born in 1885 (or so), spent the early part of his entertainment career in circuses and music halls (we believe), and started appearing in films around 1900 (allegedly). Details about his life are about as murky as an eyeful of cream pies (partly because of the tall tales he liked to cheerfully mix in his backstory). We do know that in 1910 the Ambrosio Company of Italy gave him his own starring comedy series, some of which survive today. When WWI began, Perez left Europe for the U.S., where he continued to direct and star in successful comedies.

A big reason why much of Perez’s story has fallen into obscurity is probably because he used as many names as a phone book. At different times he went by Marcel Fabre, Fernandez Perez, Marcel F. Perez, and Marcel Perez, and he apparently used a different screen nickname for almost every film company he worked for: Robinet, Bungles, Tweedledum, Twede-Dan, and Tweedy! 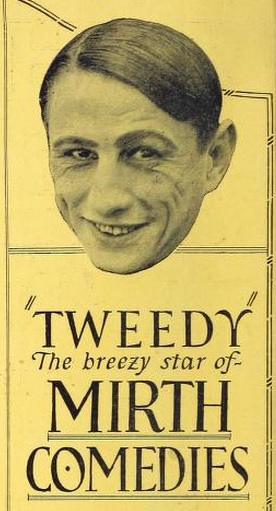 Man of a Thousand Nicknames

The five-foot, deep-dimpled Perez had the persona of an affable goofball with a determination to carry out his goals–which, of course, are always thwarted by unlucky circumstances. He was a perfect fit for cartoony gags and could pull off a zany acting style that stayed just this side of the Keystone Ford Sterling/Al St. John line. Some of his mannerisms just might remind you a little of Jerry Lewis. 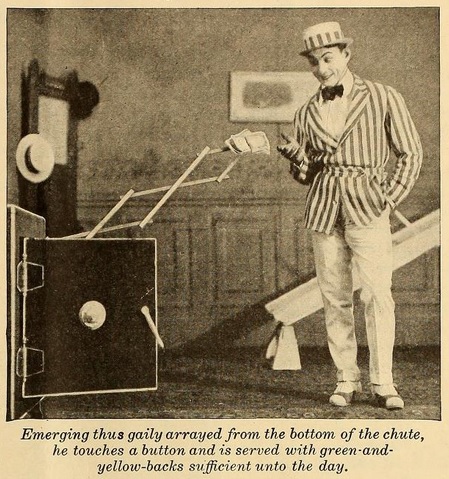 Not a lot of people give old comedies enough credit–they assume that every tired joke was to be taken at face value. Not so! Comedy back then could be just as self-referential as an SNL sketch. One of my favorite Italian Perez comedies is the simple Robinet’s White Suit (L’Abito Bianco di Robinet, 1911), where Perez dons a crisp white suit and goes out on the town. Of course we know the suit is headed for disaster, but so does Perez, and that’s the whole point–to watch as the suit naturally gets dirty to ludicrous extremes. Robinet is Jealous (Robinet e Geloso, 1914) plays with the familiar “man suspects his wife is cheating on him” plot, giving Perez opportunities joke around with the Jealous Husband character. In one shot his wife leaves their home, and a few seconds later his suspicious face pops out from behind the door frame like a Looney Tunes character. His attempts to follow his wife lead him to a building where, floor by floor, he constantly blunders into the wrong apartments. 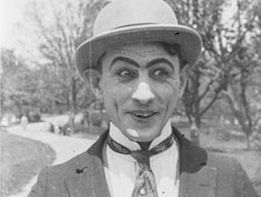 It’s all similar to the humor utilized to such perfection in Laurel and Hardy films–you know what’s going to happen, but the anticipation makes you laugh even harder.

His American comedies (filmed for Joker, Eagle Films, Jester Comedies, Reelcraft, and more) range from Keystone-ish country rube stories like A Bathtub Elopement (1916) to wacky satirical humor like Sweet Daddy (1921). In the latter, Perez is married to a stereotypical “militant suffragette” who keeps him literally chained in the kitchen to wash dishes. 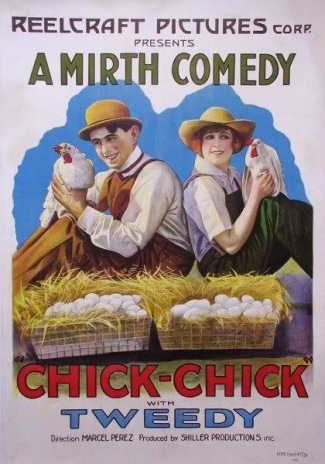 In A Busy Night (1916) Perez plays with the possibilities of double exposure by acting multiple roles (around sixteen!), several years before similar efforts like Keaton’s The Playhouse. Such special effects weren’t uncommon, but Perez utilizes them remarkably well.

Like quite a few early comedians, Perez eventually transitioned to being a writer and director for various film companies. And much like comics John Bunny and Larry Semon, he belongs entirely to the silent era. He would die (apparently of cancer) on February 8, 1929, leaving his wife Dorothy and 9-year-old Marcel Jr. 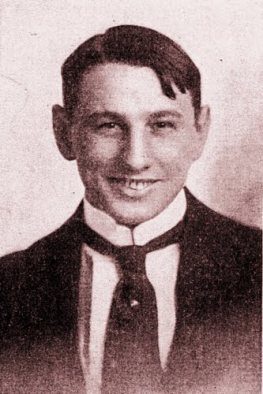 You can watch Perez in all his goofy glory in the newly-released set The Marcel Perez Collection, produced by Ben Model. It contains five Italian and five American films, accompanied by Model’s wonderful piano scores. This set was literally made possible by dedicated silent comedy fans on Kickstarter, funding it in practically record time. If anything deserves a shout-out, this grassroots collection does!

I would also recommend the companion book Marcel Perez: The International Mirth-Maker by Steve Massa. It gives all the available details on Perez, an extensive filmography, and a ton of images–all of which doubtless took a lot of detective work to locate! His descriptions of surviving Perez comedies that aren’t in the film collection make you long for a Marcel Perez Collection: Volume 2.