If you ask a Chaplin fan which film they think is his masterpiece, the choice is often City Lights. At times there’s a three-way tie between City Lights, Modern Times, and The Great Dictator. A few intrepid fans give The Gold Rush some votes, as well.

And yet, there’s another wonderful Chaplin film out there that maybe gets less attention than his post-1920s films. I’ve seen some people describe it as “thoroughly enjoyable,” and “memorable,” and remark that it “holds up extremely well.” Often, it gets the “it’s sentimental, but…” treatment. (Being sentimental is simply not trendy nowadays, you see.) But you know what? I will give it my “Chaplin’s Masterpiece” vote in a flash: The Kid (1921).

Out of all his early comedies, The Kid represents the fullest flowering of Chaplin’s creative talents. To watch it today remains one of the most sublimely emotional experiences in the movies. It has the timelessness of a work by Dickens. Heck, Dickens wishes he had written The Kid.

The story is fairly simple: a despairing unwed mother leaves her baby in a wealthy person’s car with a note saying “Please love and care for this orphan child.” Two thieves steal the car and leave the baby in an alley. The Little Tramp finds him and, after some initial unwillingness, decides to raise him as his own son. Despite his loving care, society intervenes, bent upon putting the Kid in an orphanage… 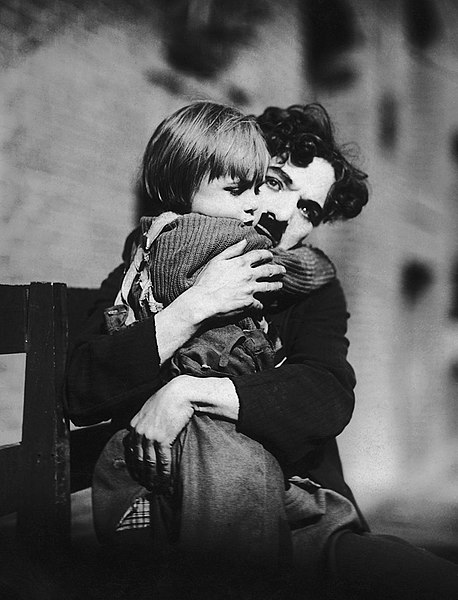 There are certain elements of The Kid that Chaplin handled with more confidence than in his other films. Mainly pathos, of course (wherever there’s talk of Charlie the word pathos is seldom far behind). He’d been striving stubbornly for pathos at least since The Tramp (1915), but this time it was supported by a deeply personal touch unmatched by Chaplin’s other work.

The Kid, in a sense, was created from a tragedy. On July 7, 1919, Chaplin and his first wife Mildred Harris had their first child, Norman Spencer (Mildred nicknamed him “The Little Mouse”). Sadly, Norman was born with an intestinal deformity and only lived for three days. Later in life Mildred said of Chaplin’s grief: “That’s the only thing I can remember about Charlie…that he cried when the baby died.”

A mere ten days after the death of the “Little Mouse” Chaplin started to audition babies at the studio, the outline of a plot in his mind. Perhaps he drew inspiration from the pain. Perhaps his work would provide him with a bit of catharsis. For while films like Easy Street (1917) and A Dog’s Life (1918) would draw strongly on memories from his childhood in the poorer parts of London, The Kid would top them all. 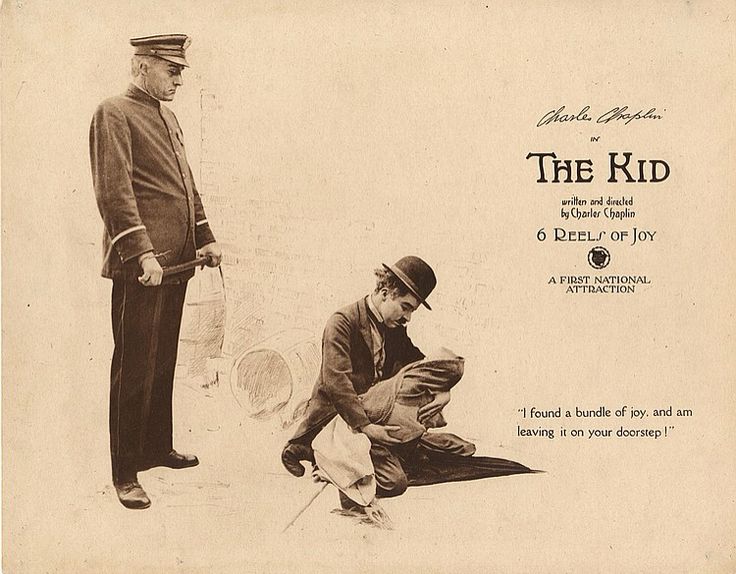 The sad details of that childhood are well known. Chaplin’s alcoholic father abandoned the family early on, and his aspiring singer mother struggled to feed Charlie and his brother Sydney. When she was stricken with a mental illness the boys were on their own. Chaplin never forgot the misery of those days, and it’s not hard to draw a line from them all the way to The Kid.

In the film, we have Edna Purviance’s struggling mother who later becomes a successful singer–a life Chaplin would’ve wished for his mother.  We have the talented Jackie Coogan’s character, perhaps filling in for the son he lost. We have the Tramp, being the loyal and heroic father Chaplin never had. We have the small garret much like the one the Chaplin family lived in at 3 Pownall Terrance.

The very building, shortly before being demolished in 1966.

I can say in all honesty that this film has moved me more than any other Chaplin film–yes, even more than City Lights. Anyone can sympathize with his Tramp being generally lonely or mistreated, as in The Gold Rush and City Lights, but there are elements of The Kid that can hit far closer to home. And I know I can’t be alone in this.

What people couldn’t understand the helplessness of having their lives torn apart by an abusive authority?

What young, single mother couldn’t sympathize with Edna’s character and the pain of giving up her baby?

What kid couldn’t feel the terror of being taken away from his parents?

What parents couldn’t feel the devastation of losing, or even nearly losing, a child?

Many of Chaplin’s other films would touch upon broad themes: The Gold Rush explores both hunger and heartbreak, Modern Times critiques industrialization, The Great Dictator looks at the brotherhood of man itself. But The Kid is concerned with the relationship between a parent and child–with family–something not only equally universal but, again, profoundly personal.

In a sense, this boosts the comedy, giving it an edge of sweetness. The Kid is darn irresistible, full of touches like the Kid taste-testing the pancakes he’s cooking and then giving a little nod of satisfaction like a fastidious chef, and sneaking a kiss on the Tramp’s ear to his too-manly-for-that-nonsense chagrin. 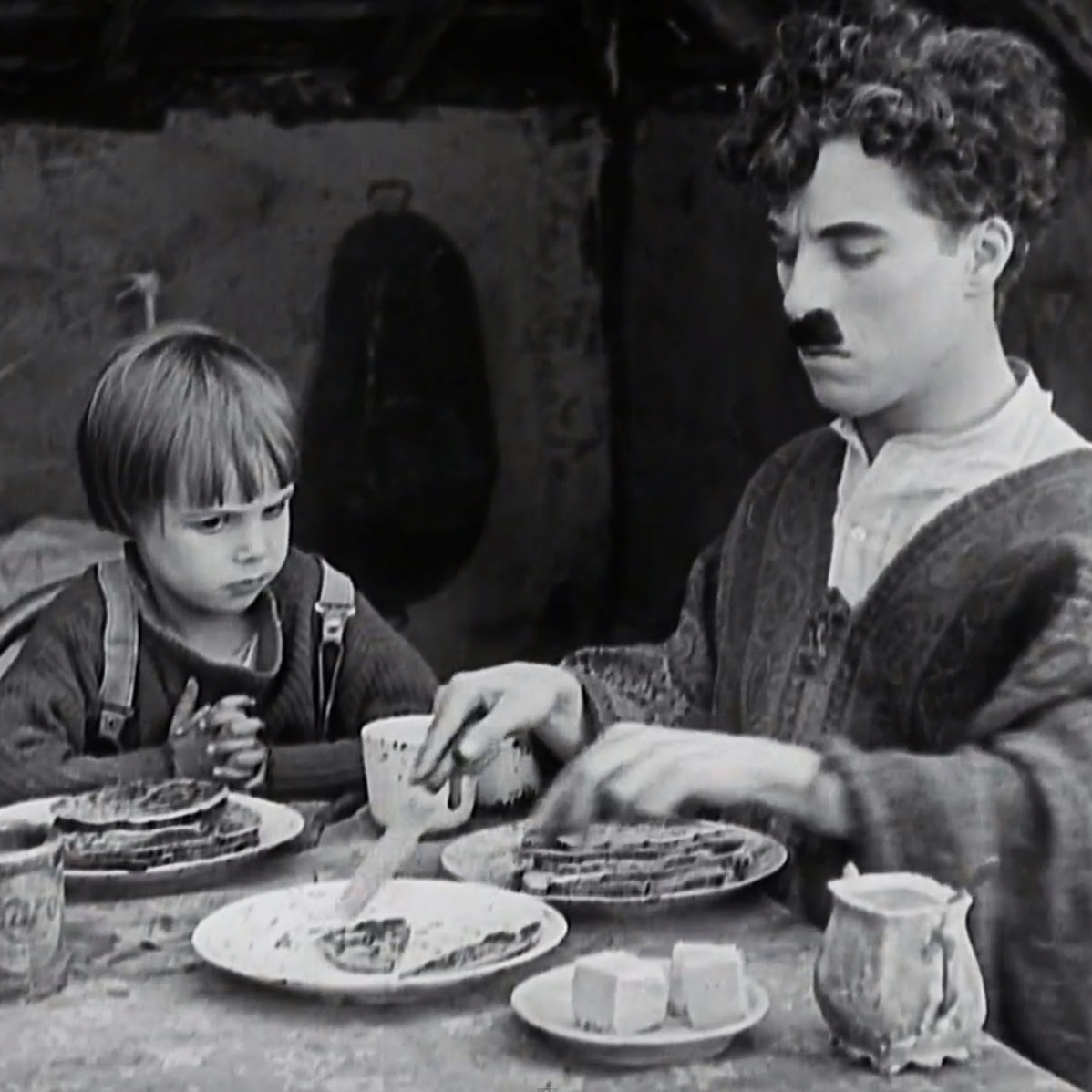 Then there are broader scenes like the one where the Tramp is gleefully flirting with a woman who turns out to be the wife of a cop, and a bit of the Tramp’s classic irreverence in the shady window-replacing business he runs with the Kid’s help. And I love the massive piles of food the Tramp loads onto their dinner plates–and the two stacks of pancakes that he carefully ensures are exactly the same size (no one could ever say he didn’t make sure the Kid was well fed!).

All this drama and humor combines into a perfectly paced story, drawing me into its early 20th-century world every time. The emotional peak of the Tramp rescuing the Kid from the asylum authorities reduces me to a blubbering mess. Whenever people complain about how “overly sentimental” Chaplin supposedly can be, I can only pray that they have not yet seen The Kid–because what sort of stone-cold heart could not be moved by The Kid?

One thing that’s little discussed is the look of the film. It’s full of textures, the kind common to that pre-plastic world–worn brick, old wood, dusty clothing, stained walls, scattered grit and bits of plaster. It’s full of humble details–the broken cast-off chairs furnishing the Tramp’s garret, the large bowl used as a pot cover, a rusty horseshoe nailed over the door. These details were very deliberate on Chaplin’s part, based on the poverty-ridden streets he had grown up on. They also reflected the tenements many lower class people still lived in at the time. There’s a rough, gritty beauty to the whole film. It is a Time and a Place preserved for us on celluloid.

The Kid is significant to film history not for only being a masterpiece, but for being the masterpiece that cemented Chaplin’s reputation. While he was world-famous since about 1914 his films weren’t immune to the critics, who weren’t shy if they thought his latest work wasn’t funny or creative enough (A Day’s Pleasure and Sunnyside were regarded as disappointments). But The Kid changed all that. If there were ever any doubt about Chaplin’s being an “artist” before then, it was a permanent part of his identity post-The Kid. 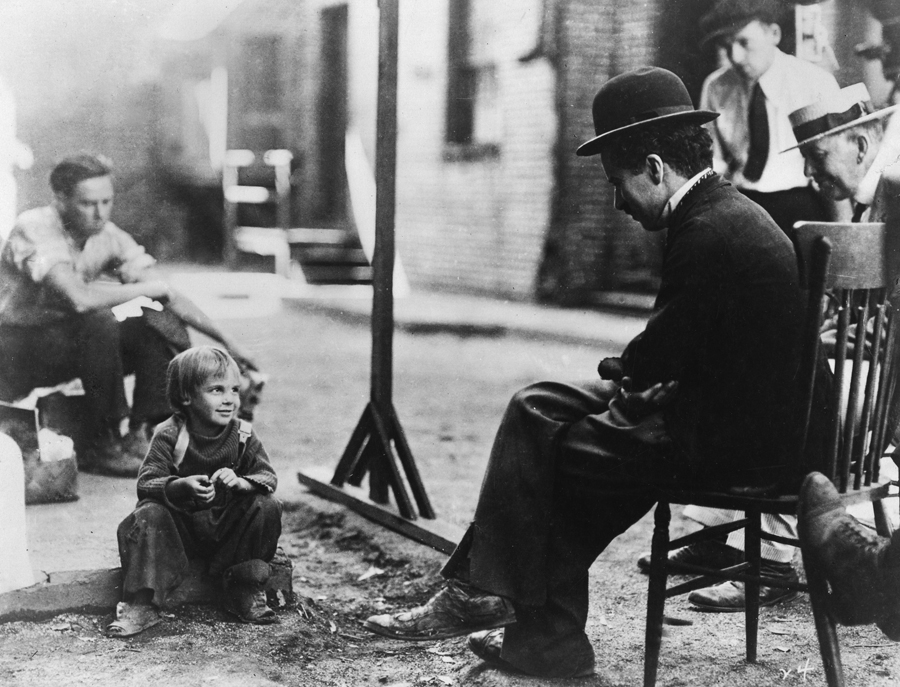 I love The Kid. It’s one of my favorite films of the silent era. In my opinion it’s Chaplin’s finest work, and if I had to I might even place it in a top 10 silents list. Part of its extraordinary quality is that Chaplin “wrote what he knew,” as writing classes always tell you to do–he based the plot on his life experiences, whether intuitively or purposefully. The pathos has a ring of authenticity to it.

Extra Thoughts and Some Trivia

33 thoughts on “Thoughts On Chaplin’s “The Kid””