Clear a little space on your movie shelf, silent comedy fans! Undercrank Productions‘s latest offering, Found At Mostly Lost, is something unique even in the rarified world of silent film DVD sets.

Since 2012 historians, writers, filmmakers, and film buffs have been gathering in Culpeper, Virginia for the challenge of the free “Mostly Lost” workshop. Over the course of three days silent and early sound films are shown that haven’t been properly identified (usually because they’re missing their opening and closing titles). The audience is encouraged to discuss the film as it’s playing. When anyone sees anything in these films they recognize–an actress, a building, a type of car–they shout it out. The goal is to identify as many films as possible by workshop’s end (the success rate is about 30%!).

Sound like fun? Wish you could go, but it’s not possible right now? Well, Undercrank is generously bringing a taste of “Mostly Lost” right to your TVs, with its “grab-bag” selection of 11 shorts spanning the years 1911 to 1940. It’s a professional-looking set that includes brand-new scores. Each film is presented exactly how it looked at “Mostly Lost”–some have nitrate damage, but many are surprisingly crisp. Each one opens with the “possible title” fading into the real title that was identified by the Mostly Lost attendees, giving you a little taste of the detective work involved.

There’s a bunch of familiar faces in this set (familiar to SilCom fans, at least), including Snub Pollard, Monty Banks and Hank Mann. The Mann comedy, A Nickel Snatcher (1920) has some of those quintessential Sennett scenes where his character romps around with the Bathing Beauties. Pollard’s Fifteen Minutes (1921) brought back some flashbacks of The Goat to this Keaton fan (someone may have been “borrowing” inspiration). We get a glimpse of vaudeville in a sound film of an act by George LeMaire and Joe Philips. (I’m convinced that I would happily watch an entire DVD set of nothing but sound films of these quirky vaudeville acts.) And representing the dramatic side of the cinema are Pathe’s Fidelity (1911) and Reliance’s The Brass Button  (1911). The former is surprisingly touching, and the latter displays some nice naturalistic acting (as well as a maid whose makeup makes me suspect that she was supposed to be Italian or Jewish).

Perhaps the most random offering is a sequence of a few shots showing lizards dressed up in dinosaur costumes–which turned out to be test footage from One Million B.C. (1940)! And any Chaplin fan–especially those who love a certain early feature of his–will adore the beginning of Jimmie Adams comedy Grief (1921). I won’t give anything away, you really have to see it for yourself.

The biggest treat of the set is Ventriloquist (1927), which will amaze anyone who loves I Love Lucy (like myself). It’s a sound version of William Freaking Frawley’s vaudeville act–yes, Fred Mertz himself, looking young and slim but surprisingly the same (and his voice sure didn’t change much!). Err, the “ventriloquism” part of the act earns this short an honorary mention on my Films That Would’ve Terrified Me As A Child list–you’ll know what I mean.

Sets like this that highlight obscure films are hugely important. We often think of the era only in terms of superstars like Chaplin, Bow, Valentino, Lloyd, etc. In reality, entertainment in the early 20th c. was a vast world of talented performers drawing upon a thousand different aspects of popular culture and trends. For every Lloyd feature there were several dozen shorts by a wide range of hardworking, forgotten people with their own subcultures of loyal fans. 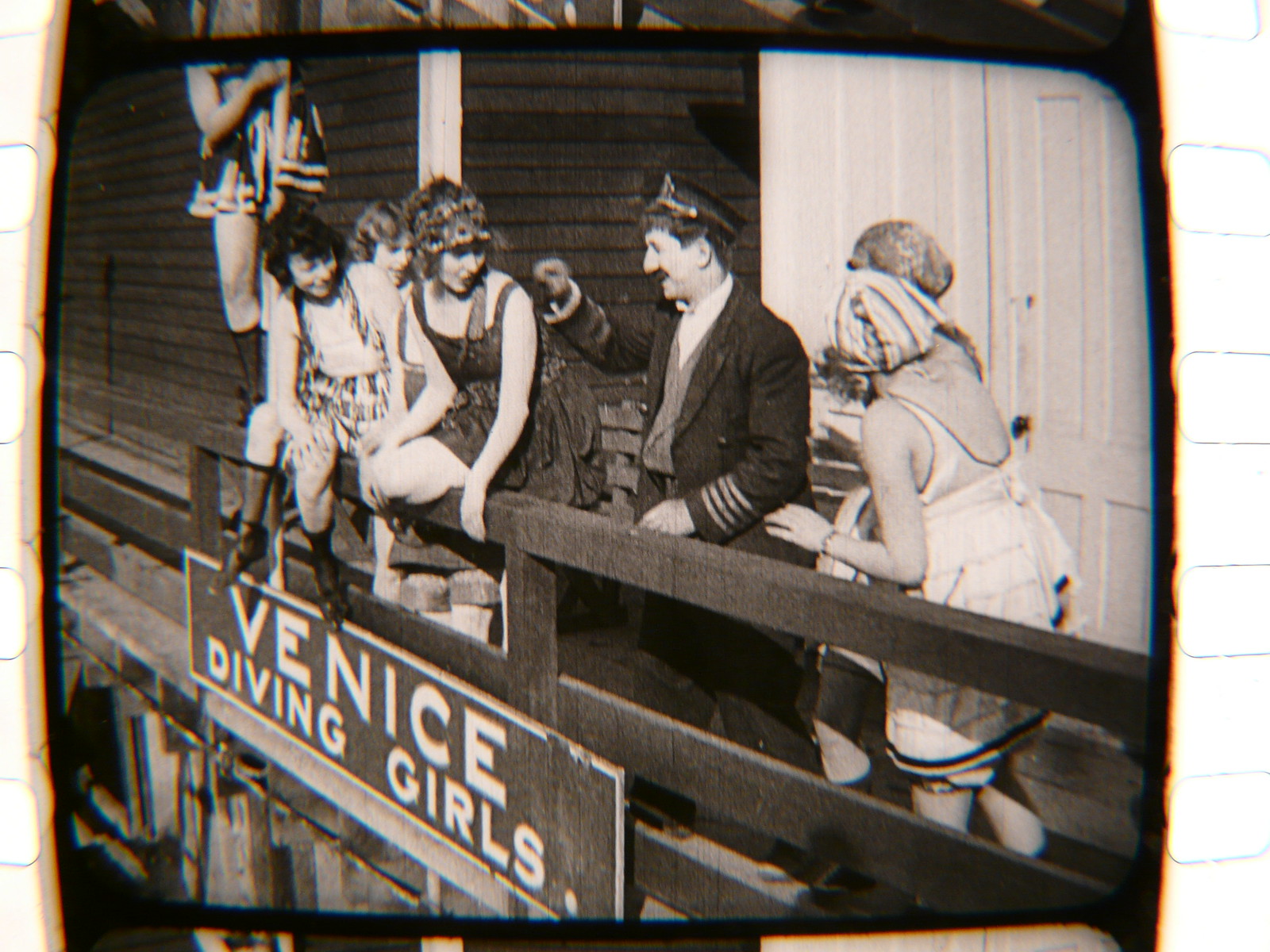 Undercrank Productions (working in collaboration with the Library of Congress) has been working wonders with Kickstarter for a few years now, bringing rare films by obscure comedians like Marcel Perez and Musty Suffer to new audiences (as well as some hard-to-find features). Many of the films have been unavailable for a century or more–and their DVDs have been funded almost entirely by enthusiastic silent film fans. You can buy the highly recommended fan-supported Found at Mostly Lost here on Amazon.