Three years ago to the day I hesitantly hit “publish” on an article about Chaplin (and man what a nervewracking moment that was), and “Silent-ology” was on its way. And now, three full, busy years later……….we’re finally starting to scratch the surface of silent film topics write about!!! (I’m kind of serious. There’s just so much.)

I’m happy to say that the number of visitors has been climbing steadily! Comments have also been increasing (you can’t imagine how much that means to a blogger. You. Can’t. Imagine.). And praise be to Fairbanks, our commenters have been consistently friendly and laid back (not always the case in some venues, ehhhh?). So to all of you who have visited my blog, whether it’s been one time or many, I say:

You make this sprawling multi-year project well worth it, and I’m happy to be a part of a community that adores these wonderful old films!

So let’s do a little roundup of the highs and lows from the past 12 months, starting with Silent-ology’s Top 5 Posts Of 2016:

5. Were Chaplin And Keaton Rivals?

Lots of people seemed to appreciate this one! The historic context behind Chaplin’s rise vs. the rises of other popular comedians isn’t always discussed, so I took at stab at explaining it.

What can I say, people love them some Kops!

3. How To Make A Genuine Silent Comedy Pie (For Throwing!)

For the second year in a row readers have flocked to this post, which I hope means that lots of real pies have been thrown. Preferably in fun, please.

2. Thoughts on Chaplin’s The Kid

This is one of my favorite silent films, so it’s great that this review is popular!

This is the all time Silent-ology champion, having almost three times as many views as my other popular posts!! So glad you enjoyed it, everyone!

One of the very, very few films–not just silent films, films–that made me want to throw my TV through the wall. Not a bad draw, no? So I had assumed. *wink*

4. Segundo De Chomon: The Man You Think Is Melies

I just want people to know that this man is not Méliès. (Although they’re almost equal in terms of Awesomeness.)

3.The Quirky Charm Of Charley Bowers

Charley Bowers is obscure, so this wasn’t too surprising, but hopefully a few more people will check this post out and get curious about his amazingly creative, bizarre work. Not only do his shorts stick in your mind, but as a bonus, Bowers himself was a total character who was full of crap in the most entertaining way.

This one drew a smaller audience than my Why Be Good? post, another Colleen Moore flapper flick. Ain’t that the berries!

This one flew under a lot of people’s radars, even with the tie-in to collectibles and antiques. Ah, well.

Some Highlights of 2016: This was quite a year, everyone!! Silent-ology took part in a number of blogathons, hosted the Second Annual Buster Keaton blogathon, and had the following theme months: 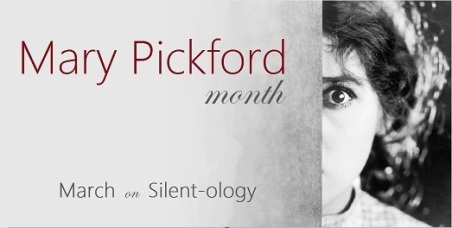 And commemorated the 100th anniversary of the mighty Intolerance:

Other Highlights: In the early summer I returned to the San Francisco Silent Film Festival (huzzah!!), got to have dinner with some fabulous historians and film bloggers, and sat across the aisle from Leonard Maltin. (There I was, sitting in the Castro theater, eating a bagel, and I looked up and–Leonard Maltin. O_o) I went on my second (SECOND! Eeeee!!!) visit to the magical/weird place known as Hollywood, where I finally made it to Valentino’s grave, met with friends, and took a deep breath and dived into doing some real, grownup research at the Margaret Herrick library (a detailed “newbie perspective” post about my experience is here). My research subject was (and is) the forgotten comedienne Louise Fazenda. This winter I’ve been searching for info like crazy–wish me luck, for Louise’s sake! (And please contact me if you have information about her.)

Some Plans for 2017: Buster. Lots of Buster. I want to cover all of the Comique films he appeared in and do reviews of the major Buster books and biographies throughout the year. It’s BK 100, y’all!!! The Third Annual Buster Keaton Blogathon is about a month away, and I’ve got theme months in the works for March (it’s going to be on someone veeeerrrrry important) and July (it’s going to be veeeerrrrry awesome). And in October we’ll be covering all things spooky of course, as is the Silent-ology custom.

And here’s a little roundup of 2016 Posts I’m Particularly Proud Of!

6. In Defense Of The “Big Four” Of Silent Comedy

I’m all for clearing up misconceptions and uncovering forgotten facts about the silent era, but felt that the kind of revisionism I’ve seen pop up in silent comedy discussions was straying toward the outright historically inaccurate. In this post I explain why.

What a character Glyn was, deliciously of her time. And what a fun post this was to write. It went incredibly smoothly and I’m very happy with it.

It never fails to fascinate me that three of the giants of early cinema were close pals in real life…well, to a point. Their story makes for both an enlightening glimpse “behind the scenes” and an interesting parallel to the rise of motion pictures.

I took special care with this review, because this was no ordinary film. It touches on something almost primal, if we can let ourselves see it. The post turned out pretty much the way I wanted it to.

If I may puff up my feathers a bit, a bunch of the research for this was done myself, by combing through old magazines and newspapers. A friend who’s a major silent comedy buff said I found a couple names he had never heard of, which is the greatest complement my post could possibly receive.

While many obscure comedians are nonetheless familiar to silent comedy fans–Billy Bevan, Larry Semon, and Alice Howell being examples–Louise was just as popular as they were, and yet she’s been consistently overlooked. This post is my first attempt to get the word out about this talented comedienne, the focus of a research project that will hopefully become my very first book. Again, wish me luck!!

That’s all for now! I’m off to work on a post for an upcoming blogathon. And again–