Those unacquainted with The Passion might not be prepared for it. It doesn’t lead you from plot point to plot point, but throws you into an experience. It’s intensely, harshly realistic, but within a mildly expressionistic setting. We’re meant to contemplate Joan’s ordeal, linked thematically with the most widely contemplated ordeal in history. A critic I admire said it best: “I know of movies more theologically profound or more pious, but none more evocative of what it means to share the sufferings of Christ.”

The dialogue is taken from the transcripts of the real Joan of Arc’s trials before a court of mainly hostile pro-English clerics. Much of it is word for word. Dreyer filmed chronologically for six months, matching the span of time taken by the actual trials. The costumes are also authentic to the early 1400s. No makeup was used on the actors, literally showing them warts and all. Only the sets contain a hint of stylization.

But all the historical accuracy and serious artistic intentions in the world cannot guarantee a great film, and Dreyer luckily chose an actress who turned The Passion into a masterpiece. The center–the soul–the pinnacle of the film is Renée Jeanne Falconetti. It may seem easy to say that once you’ve seen her face you’ll never forget it, but this could not be more true. You feel for her wide-eyed, suffering Joan, and at times you also feel a little in awe of her. Even in the midst of constant fear her faith is unshakable–her expressions, often so delicate that only a closeup could capture them, hint that she’s had spiritual experiences beyond your understanding. It’s no wonder that Falconetti’s raw, luminous performance has been hailed as one of the greatest in cinema ever since the film’s release.

That Falconetti (as she’s simply called) was chosen for this role at all is something of a marvel. A successful stage actress in Paris, she was appearing in the light comedy La Garçonne at a small theater when Dreyer first took notice of her. After seeing the play twice, Dreyer felt he had found his Joan of Arc. “…There was something in her which could be brought out; something she could give, something, therefore, I could take,” he later said. “For behind the make-up, behind the pose and that ravishing modern appearance, there was something. There was a soul behind that facade.”

Remarkably, this was her only film. For cinema fans the face of Falconetti, glowing with spiritual joy in one scene and filled with suppressed pain in the next, is so identified with the single character of Joan of Arc that The Passion almost seems like a historical documentary.

Dreyer’s artistic direction also offers much to contemplate. The quick editing, numerous closeups, disorienting viewpoints, and stark sets are amazingly modern. Sudden tracking shots and unusual angles add to the avant-garde effect, which perhaps intensifies toward the end. The title cards seem more like an artistic choice than a necessity of the era. Indeed, perhaps no other silent film seems so utterly outside of the jazzy age of the 1920s. Just try to imagine the jaunty Harold Lloyd and the solemn Falconetti within the same context.

I have, on occasion, stumbled across some opinions of this film that surprised me. A few people apparently find it too painful to watch, and complain that emphasis on Joan’s suffering is a little too pronounced. To me this always seemed to be so completely missing the point that it was staggering, but I’ve since considered: Where is this person coming from? What sort of viewpoints might they be the most–or least–familiar with?

Even those who love the film sometimes gloss over its meditative qualities, being used to films with clearer messages. One thoughtful writer, wrestling with the film’s ambitious themes and touches of mysticism, could only conclude rather weakly: “We can’t understand what she’s going through, but we’re not really implicated or invited to judge her. What’s left? I would suggest that one thing the film teaches is compassion, in the older sense of the word (suffering along with).” Well, that is certainly part of it, yes. 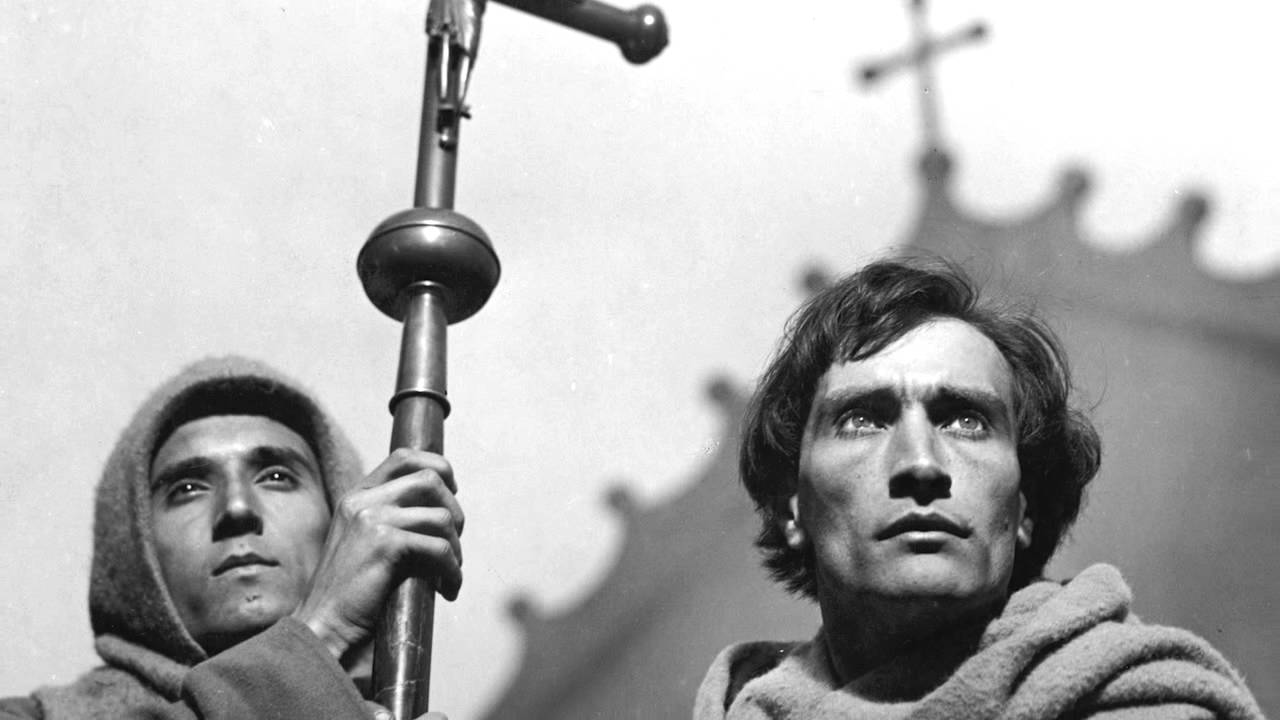 A film that can be as difficult as The Passion of Joan of Arc proves the need for a wide range of voices in film criticism. For instance, any informed critic can appreciate the depth of Dreyer’s film, but a critic who is a practicing Catholic and has detailed knowledge of the theology Dreyer is drawing upon will feel its depth. Both critics can give insightful opinions of the film, but someone who is familiar with mysticism and has meditated on the sufferings of Christ every Lent will will be able to reveal more profound insights to the reader. After all, Dreyer deliberately chose to name his film The Passion of Joan of Arc, instead of using a more neutral title like The Trials of Joan of Arc.

One of the best modern films I’ve seen is Ida (2013), a black and white drama about a young novice nun who was orphaned as a young child and who learns that her parents were Jews who perished during the Holocaust. While clicking through reviews of the film online (I’m a film review junkie), I found one from a Jewish site that praised the film but also pointed out that the nun gives no indication of what she thinks of her newfound Jewish heritage, nor attempts to explore Jewish culture. Not being Jewish myself, this insightful observation wouldn’t have occurred to me if it wasn’t for encountering that critic’s voice online.

The themes of suffering and persecution, the use of the cinema as high art, the blend of history, religion and mysticism–The Passion of Joan of Arc is a film like no other. It seems to float free of its time period, not truly belonging to any decade. After a harrowing sequence of death and rioting, it ends with a title card giving us glimpses of the eternal and hints of a kind of resurrection:

The flames sheltered Joan’s soul as it rose to heaven—Joan whose heart has become the heart of France… Joan, whose memory will always be cherished by the French people.

Note: I highly, highly recommend the Criterion Collection’s DVD of this film, which includes the magnificent score “Voices of Light” by Richard Einhorn. The score uses an orchestra and a full choir and bases its verses on medieval texts, creating a stunning experience. Watch it with the lights off and a candle flickering in the corner.