So I’m feeling a bit “meh” about this list, as I’m pretty sure other classic film fans will be, but am fairly pleased with the top 25. At least this list didn’t leave out some obvious choices. Yeah, I’m looking at you, sad little first edition of AFI’s 100 Years…100 Movies list, which practically forgot silents existed.

Of course, there probably wouldn’t be any Harry Langdon shorts on this list, I allowed myself to presume. Probably no Roscoe Arbuckle, either. And heh, the Charley Bowers short Egged On probably juuust missed the cut.

Anyways, BBC asked 253 film critics (135 men and 118 women) from 52 countries to name what they thought were the top ten best comedies of all time. You can check out the list yourself right here. Like most modern lists of this sort there’s a bias towards a few of the modern hits  but the list does shape up a bit once it hits #40 or so.

Now, aside from the outrage of not including Charley Bowers’s obscure 1920s comedy shorts featuring surreal stop-motion animation sequences, there’s a few oddities. Pulp Fiction is a “comedy”? The Producers and A Night at the Opera rub shoulders with Borat? More critics apparently voted for Team America: World Police and There’s Something About Mary than The Music Box, which just barely made it to #97?!

Hold on–The Exterminating Angel? Yeah, that’s a barrel of laughs I always put on for all my friends. I’m always inviting people over for beer and guacamole and throwing on The Exter–wait, freakin’ Bridesmaids is on there?! Bridesmaids is a timeless masterpiece worthy to be mentioned in the same context as Safety Last?! 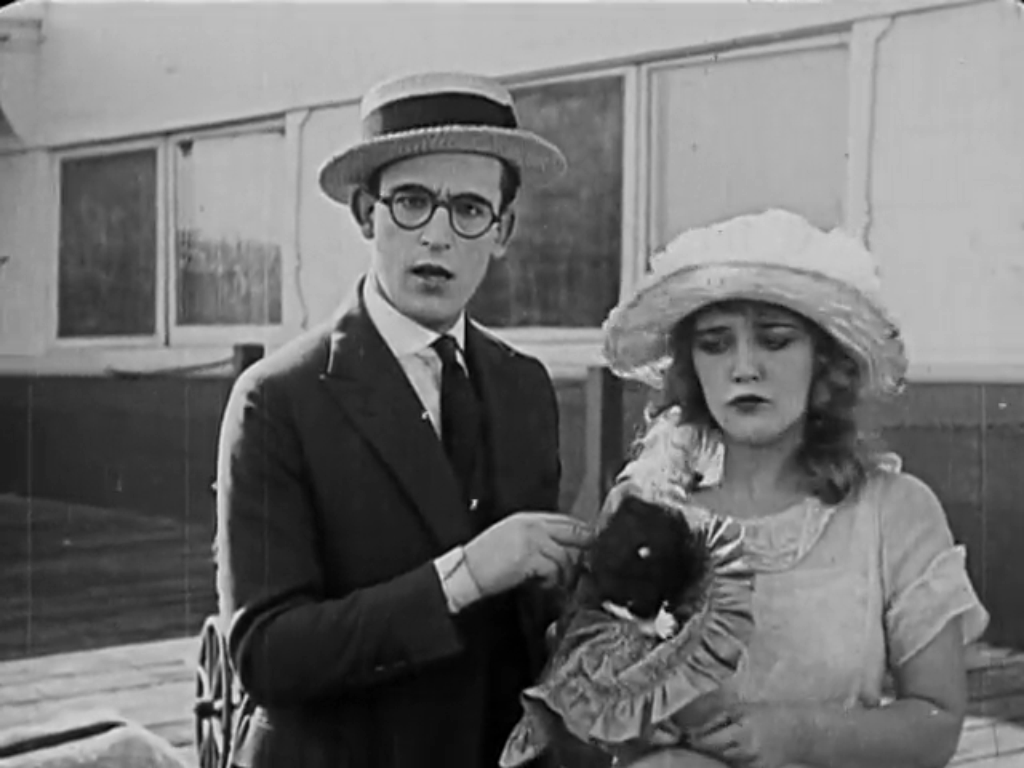 Harold and Mildred Davis are not happy about this.

Praise be, there are still quite a few comedy classics. Of the top 25, half are pre-1960 films and three of those are silent. There could stand to be a few more silents on the list, it being such a perfectly-paced artform with a phenomenal understanding of where to place gags and all, but sometimes we have to take what we can get. For future reference, critics: Fatty and Mabel Adrift, One Week, The Strong Man, The Kid Brother, Our Hospitality, and Mickey.

The #1 comedy as voted by these 253 critics? Some Like It Hot (1959). A reasonable choice, ah yes, quite reasonable. As much as I like Some Like It Hot I’d give #1 to The General or The Kid or even The Music Box–but that’s me, of course.

BBC grandly extols: “…Billy Wilder’s sparking diamond of a comedy about role-playing and the fluidity of gender and identity could not be more relevant today.” Hee hee, that interpretation of Wilder’s sparking [sic] comedy has a bit of a 2017 vibe, but ah well.

Generally speaking, I think even more pre-1960s comedies could’ve been included but I’m glad the list does have a respectable amount classic films. I’m not sure if some of the recent films on there will stand the test of time and I’m not sure if historical significance was always taken into account. (In fairness, the top ten lists of all the 253 critics polled are quite eclectic and at least one includes A Trip to the Moon.) And it’d be nice to see a film list that didn’t somehow include Annie Hall in the top ten (nothing against Annie Hall, but man, that chick is everywhere).