Not too long ago I read some delightful Facebook comments by a teacher who was talking about how she occasionally showed silent films to her high school class (I think it was high school….maybe it was middle school…hmm…anyways.). She shared a funny story about the way her students reacted to a viewing of One Week (no one saw that last gag coming!) and mentioned a couple other silent stars her class had really liked.

But the one star she couldn’t quite talk them into watching? Mary Pickford. Apparently, they were a little leery to take that step. 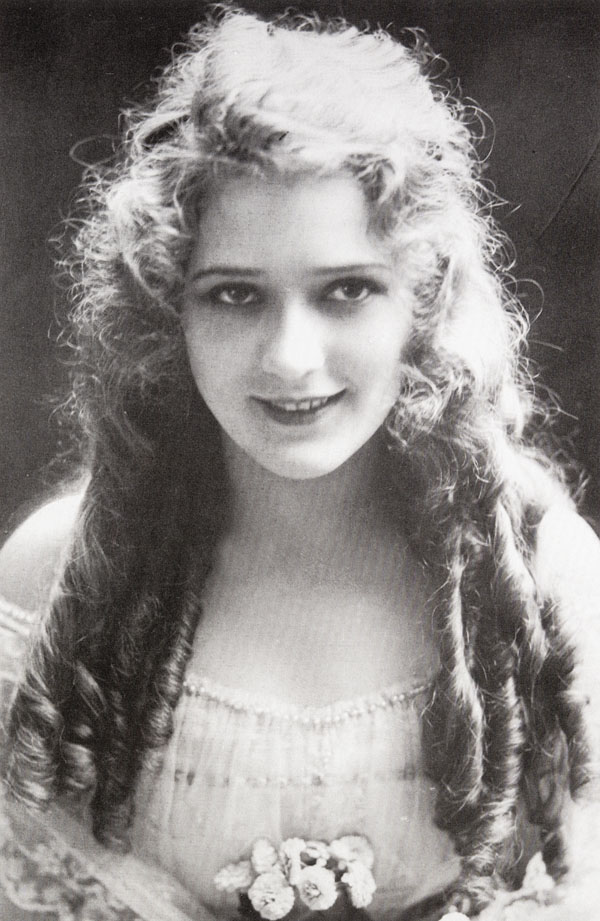 I thanked her for sharing her fun stories, and offered a wee bit of encouragement to show some Pickford films (couldn’t help myself!).

This exchange has gotten me thinking–do folks today have a tendency to pre-judge Mary Pickford? Perhaps a little more so than most silent film stars?

After all, at first glance her image seems to revolve entirely around delicate, old-fashioned sweetness. She was nicknamed “Little Mary.” She wore pretty dresses, had pale porcelain skin, and often posed holding puppies and kittens. And of course she had those famous, long Edwardian ringlets of golden hair. (Not gonna lie, all this was Awesome if you ask me.) 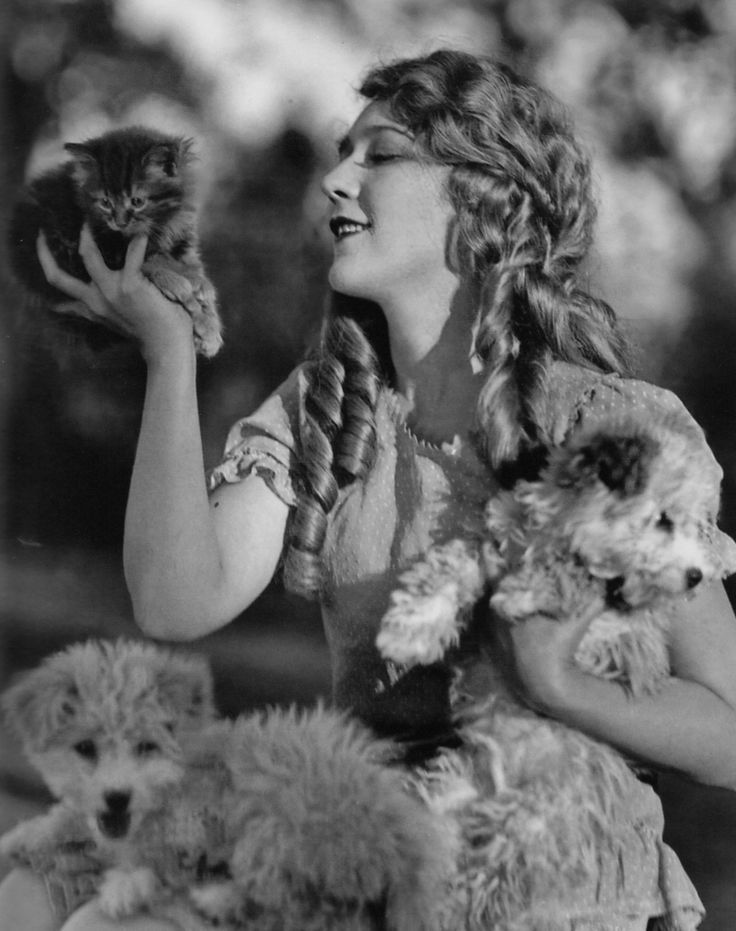 But as I took an entire month to argue last year (March of 2016 was my Pickford theme month), to audiences in the early 20th century Mary Pickford’s angelic looks enhanced her versatile and much-admired talent. She could handle both comedy and drama with ease, and became adept at playing heroines half her real age. Viewers couldn’t get enough of those spunky, sometimes tomboyish “little girl” characters, which she’s identified with even today. 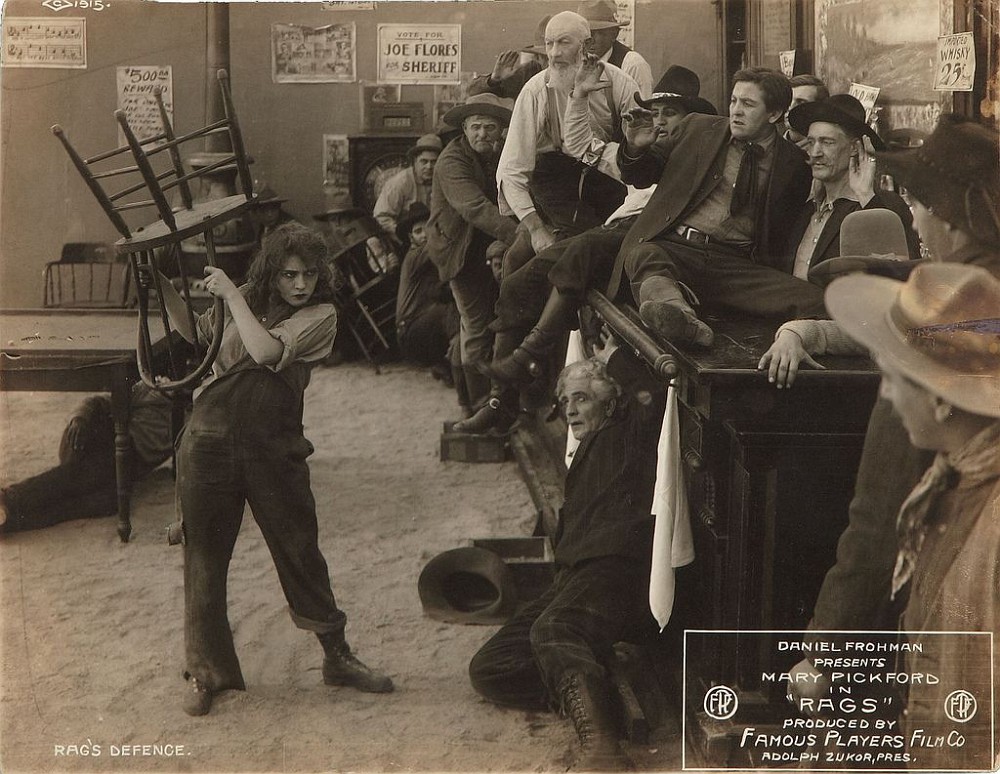 Her films (which she supervised down to the teeniest deteail) are beautifully photographed. Their stories are uplifting, funny, and at times bittersweet–even today they can make you shed a tear. And behind the camera the 5’1″, twenty-something Pickford was one of the most powerful forces in Hollywood. Film history likely wouldn’t have been the same without her.

So you’d think the marvelous Mary would be a shoo-in to be considered a role model in this day and age (considering how the phrase “role model” is thrown around like confetti nowadays). But many people haven’t heard of her, and those who have don’t always think of watching her films.

Why? Well, I don’t think it’s just her long, old-timey curls. I think it’s one thing in particular: her name.

“Mary Pickford” has that prim and proper ring to it, different from, say, “Louise Brooks” or “Colleen Moore.” Or “Gloria Swanson.” Even “Jetta Goudal” has a bit of an ageless flair. The Pickford name, however, sounds distinctly Edwardian–or even Victorian. While this may seem like a minor thing, first impressions are important.

I myself, when I’ve talked about silent film stars with people, have noticed a bit of amusement a couple times when I brought up Mary’s name. And my go-to films to introduce to newbies are always Keaton shorts, followed by Biograph dramas, with a sprinkling of artistic epics–and Mary saved for much later on in my touted Amazing Film History Education Process. Strange,  when I recall the fact that she’s one of the most likable and timeless stars. 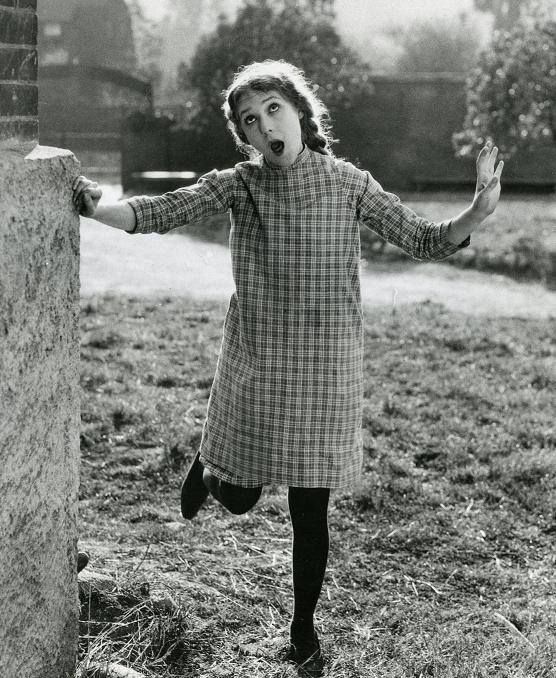 Well, I’m going to try and remedy that. The next time I get an amused look, I ju working in a casual reference to Mary being one of the most influential Hollywood pioneers who ever lived. And I might try out a couple of her films for newbies, too.

What do you think? Do you agree Mary’s name might sound old-fashioned to today’s ears, or would you ask me, “what’s in a name?”

22 thoughts on “Do We Pre-Judge Mary Pickford?”