Or so BFI likes to call him. At any rate, this is the 127th birthday of this legendary director, a man who kept his life so private that one biographer questioned if Lang’s first wife (#1 of 3 marriages) even existed. 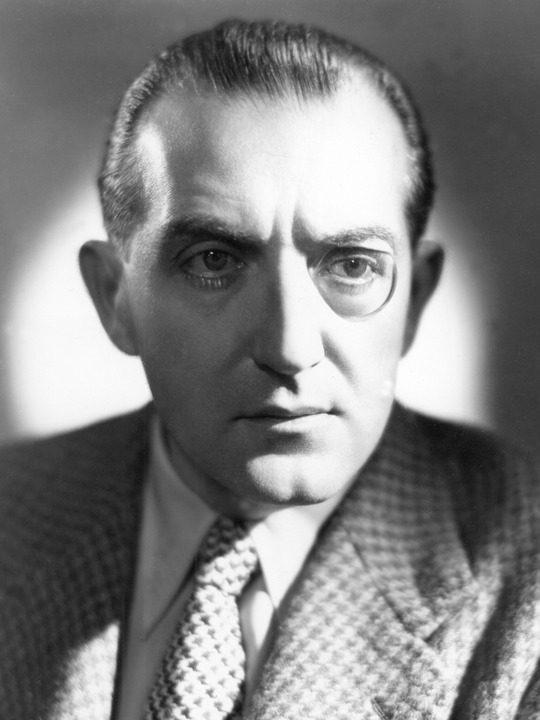 Born in Vienna, Lang was raised Roman Catholic. Upon finishing high school he briefly attended Vienna’s College of Technology, but decided to drop out and spend a few years travelling across Europe, Asia, and Africa. Eventually he settled in Paris to study painting, but was interrupted by the beginning of WWI. During his service in Austria’s army, he fought in Russia and Romania and was wounded three times. It was while recovering from these injuries that he began writing stories for films.

Beginning as a scenario writer, he was soon directing for Germany’s UFA studio, just in time to witness the surge of German Expressionism. He acquired a knack for creating entertaining films that still had art house sensibilities, helped by the partnership of his second wife, screenwriter Thea von Harbou. The two would collaborate on his most famous films, including the mighty classic Metropolis (1927).

In the 1930s Lang was growing uneasy with the rise of the Nazis. When they banned his film The Testament of Dr. Mabuse (1933), he decided to emigrate to Paris (he and Thea would divorce, since she was loyal to the Nazis and wanted to remain in Germany). Eventually he settled in Hollywood, where he made dramas and film noir, one of the most famous being  The Big Heat (1953). He stopped directing in 1960 due to growing blindness, and would pass away from a stroke in 1976.

In real life, Lang was the poster boy for the obsessive, egomaniacal German film director stereotype, demanding perfection with every take and pushing his actors to practically sadistic extremes. He apparently forced the young extras in the flooding scenes of Metropolis to stay in the cold water for hours, and was said to have shoved Peter Lorre down a flight of stairs to add “authenticity” to a rough scene in M (1931). Some actors refused to work with him at all. He even wore a freaking monocle, switching to an eyepatch in his later years.

Well, fortunately for us Lang’s mind-blowing films have outlasted his reign of tyranny. And today I’m wishing him a tentatively cheerful “Alles Gute zum Geburstag!”

2 thoughts on “Happy Birthday To “Master Of Darkness” Fritz Lang”