Is it that time of the year already? Why yes, it is! Time to start preparing for:

Time sure sped by in the past year, didn’t it? 2017 being Buster’s centennial of appearing in films, we of course were celebrating him all year long (I sure did!). Now that the centennial is over, it’s time to get back…to our usual 24/7 celebration of all things Buster! 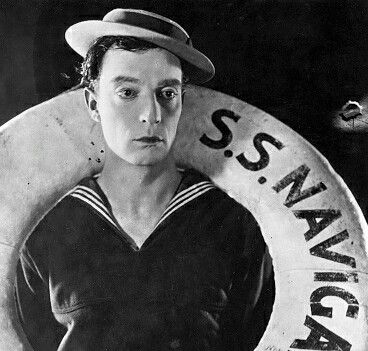 How: To sign up, pick a Keaton film or Keaton-related topic and leave me a comment on this post. (You can also send me a message). Further down this page are some banners to stick onto your blog–please help get the word out about this event! During the blogathon itself, when you publish your post leave me a comment or send me a message with your link. (Please make sure your post mentions both my blog and the name of the event, such as “This post is part of Fourth Annual Buster Keaton Blogathon hosted by Silent-ology.”) Post whenever you have time during those two days, no pressure!

What to write about: Anything and everything related to Buster’s eventful life and lengthy career–don’t be afraid to be creative! (Here’s his filmography for some ideas.)  I also encourage articles about his crew and the many wonderful actors who appeared in his films.

For ideas and inspiration, here’s the links to the First, Second and Third Annual Buster Blogathons.