This is my own post for the 4th Annual Buster blogathon–hope you guys enjoy!

In case you haven’t noticed, I kind of made a big deal out of Buster Keaton’s 2017 film centennial here on Silent-ology. From book reviews to July’s Comique Month, there was plenty of nods to that year-long celebration. But there was one more thing I did in honor of the centennial that I haven’t really shared with you guys yet–attend the 23rd Annual Buster Keaton convention in Muskegon, Michigan, hosted by the lovely Damfinos!

I’d heard a lot about the beloved convention from fellow Buster fans, who shared photos and raved about its great events and friendly atmosphere. The fact that it’s held in Buster’s adopted hometown was the cherry on top. After wanting to attend for ages, the chance to go during the centennial was simply too much for me to pass up.

Plus, I must humbly add, I had been invited to give a presentation there–a 40 minute presentation–me. More to follow!

A Bit of Background 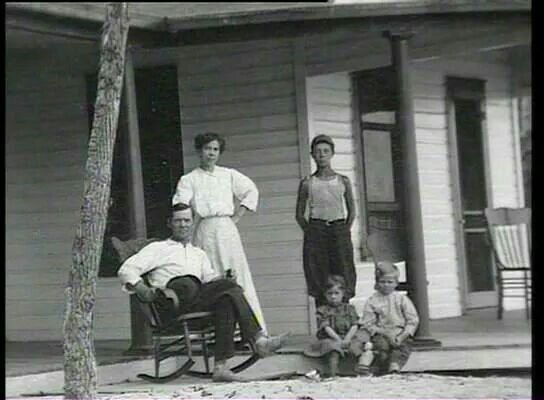 Ideally situated with Muskegon Lake on one side and mighty Lake Michigan on the other, Muskegon has been a pilgrimage site for Buster fans for many years. Back when they were vaudeville stars, the Keaton family made several tour stops at the quiet lakeside town. Taking a liking to the area, Joe Keaton purchased a small house overlooking Muskegon Lake in 1908 and soon invited other vaudeville pals to settle in the neighborhood too (they eventually formed an Actor’s Colony). And thus, young Buster got to spend many happy, idyllic summers in the town the Keatons called home.

The convention weekend, hosted by the International Buster Keaton Society, is held as near to Buster’s October 4th birthday as possible. It’s a weekend of presentations, walking tours, rare photos and film footage, bonding with fellow fans, and of course, screenings of Buster’s classic films in Muskegon’s beautiful 1929 Frauenthal theater.

If I had to, I could’ve driven to the convention from Minnesota, but decided to take the faster route of flying to Chicago and catching a little plane to Muskegon’s county airport (both the tiniest plane and the tiniest airport I’ve ever experienced!). I arrived the day before the convention started so I could do some exploring. Happily, some fellow fans were travelling the same route and I was able to meet up with them and catch a ride to my hotel.

All convention goers stay in Muskegon’s historic downtown–my hotel was right across the street from the Frauenthal. I found a little bar where I had supper and then took a stroll up and down the main street, lined with old buildings. The well-lit streets were quiet and the air was fresh from the nearby lake. I could already see why Buster felt at home there. Oh, and what was right by the theater?

A certain statue of a famed comedian, of course!

A fine photo by my friend Renee Robertson.

The convention officially began early that Friday morning (early for me anyways, oy) at Muskegon’s historic train depot, where the Keatons used to arrive every summer. It was simply surreal–there I was, in the place my favorite comedian on earth knew so well, surrounded by people who loved him as much as I did. And many of those people were friends of mine from Buster fan groups online–and I was finally meeting them in person for the very first time!

Oh, and if that weren’t exciting enough, Keaton’s daughter-in-law Barbara Talmadge, granddaughter Melissa Talmadge Cox and nephew Harry Keaton Jr. were all there too. Even more surreal! Attendees could then choose their own morning programing: either going to several presentations at the Muskegon Museum of Art, or taking a walking tour of Bluffton, the neighborhood where the Keatons lived from 1908 to 1916. I chose the walking tour, although I wish I could’ve cloned myself and been in two place at once–Nina Roberts gave a talk about her grandfather Big Joe Roberts, Buster’s pal and frequent onscreen “heavy,” historian Jack Dragga screened his documentary on the film Wir Schalten um auf Hollywood (1931), and historian David Macleod gave a presentation on Keaton’s 1930s Educational shorts.

But happily, it was a beautiful, sunny, warm fall day for a walking tour (weren’t we lucky!). Local Muskegon historian and longtime Damfino Ron Pesch lead us through the peaceful Bluffton and Edgewater neighborhoods, pointing out various landmarks (such as the former homes of many colorful vaudevillians) and relating many amusing and fascinating anecdotes about life there in Buster’s time. Best of all, we got to see the site of the Keatons’ home. While the original house was torn down in the 1950s and replaced, amazingly a cement retaining wall still has the handmade inscription: “1914 JOE KEATON MYRA.”

My favorite story Ron shared was about vaudevillians Max and Adele Gruber, who had a circus act that included an elephant named Minnie and several other trained animals (the animals lived in a barn behind their little house). Apparently, whenever the boys at the local bar had too much to drink Minnie was the taxi service that took them home.

The tour ended with a casual (very casual) baseball game on the very same woods-lined field where Buster played as a kid, and a lunch at a local hot dog place (I could totally use one of those hot dogs right now). Then it was time to head to the Muskegon Museum of Art for more presentations, given by historian David B. Pearson and…yours truly.

Pearson’s presentation was about silent comedian Lupino Lane, a acrobatic performer whose gags are often compared to Buster’s. He showed film clips which proved, surprisingly, that certain Buster gags had actually been in Lane’s short comedies first. And my own presentation was on Keaton’s 1963 tour of state fairs in the Midwest. (Long-time Silent-ology readers will remember that I’ve been researching this overlooked part of his career for some time.)

Months earlier, the Damfinos (who knew me from my blog and social media posts) had asked if I’d like to do a presentation. Since I’d never gone to the Buster convention before, wasn’t sure what the venue would be like, haven’t given a presentation since college, and most certainly haven’t given a full 40 minute presentation at any time in my entire life, I of course said “Sure!” My motto is, “Well, I Can Probably Figure It Out,” and figure it out I must have, because my presentation went over very well and even though I was super nervous apparently no one could tell–a major win!

One of the images from my PowerPoint (long story).

Following a break for supper we were treated to the premiere of one-man musical When You Fall Down, both written by and starring English actor James Dangerfield. Described as “a theatrical tribute to the Great Stone Face–a man who always got back on his feet, no matter how many times he fell down,” it told the story of Buster’s career from 1917 up to appearing in The Cameraman (1928). It was a charming and thoughtful tribute to our comedian, and if it’s ever playing near you–go see it!

Following the musical was a screening of the new documentary To Be Funny: 100 Years of Buster Keaton. It was made by director/producer Jess Roseboom and co-producer Gavin Rosenberg and was funded by fans on Kickstarter. An affectionate look at Keaton fandom, it featured footage shot at the 2015 convention and interviews with historians such as Patricia Tobias, David B. Pearson, and Imogen Sara Smith. I was amazed to learn that this polished work represented Roseboom’s first time editing!

And with that, the first day of the convention came to a close–officially. But most of us attendees gathered at a nearby hotel and chatted long into night, passing around albums of original Keaton photos and other memorabilia some historians had brought along. You almost wished you didn’t need to sleep!

Not quite out of the woods yet after my big presentation, Saturday morning began with a panel discussion featuring James Dangerfield, historian David Macleod, Jess Roseboom, Gavin Rosenberg, magician Ben Robinson, and myself. Following this, Melissa Talmadge Cox have a priceless presentation of color family photos from “Grandpa Buster’s” Woodland Hills home–photos you can’t see anywhere else. What a rare treat, my friends!

Then there was a surprise showing of a new, silent comedy-style short called The Gate. It revolved around the madcap adventures of a young 1920s gal trying to sneak into a movie studio. It captured the techniques and tropes of early comedies flawlessly, and its makers Ami and Ciel Eckard-Lee (who are siblings) were given a standing ovation.

After lunch, the afternoon program began with historian Paul Gierucki screening rare and newly-discovered footage of Buster, as well as Roscoe Arbuckle–I had been really looking forward to this and it did not disappoint! This was followed by magician Ben Robinson’s highly entertaining magic show, which incorporated discussion of Keaton’s use of illusions in his films, and an auction of Keaton-related items.

I didn’t didn’t stay for the auction, because I had to get ready for the night’s annual Roaring Twenties Banquet, y’all–1920s wear encouraged! Which lead to my absolute favorite photo of the convention:

After the banquet everyone headed into the beautiful Frauenthal theater for a showing of The Butcher Boy and The General, accompanied by the talented organist Dennis Scott. Having seen these milestone films so many times on my own, getting to see them on the big screen, in a restored old movie theater, in Muskegon, alongside dozens of passionate fellow fans, with Buster’s family members in the audience, was absolutely a once-in-a-lifetime experience.

Following the films, we had a “speakeasy” party right up on the theater’s stage And of course, there was another late night of good conversation with friends at the hotel.

Ah, but all great experiences must come to a close eventually. The convention ended with two events that Sunday morning: a beautiful video tribute by Nick Ciccone to the late, great historian David Shepard, and a panel discussion with Melissa Talmadge Cox, Nina Roberts, David B. Pearson, and historians Jack Dragga and Dean Vanderkolk. And then it was time to say our fond farewells…and start thinking about the next convention.

I can truly say that my first experience at the Buster Keaton convention couldn’t possibly have been better. It was not only incredibly exciting for this fan to visit Buster’s Muskegon at last, but the atmosphere of happiness and laid-back camaraderie among the Damfinos made every moment a joy. It didn’t matter if you were a longtime convention goer or a complete newbie who didn’t know a soul there–the moment you arrived, you belonged. I have a feeling this won’t be the only Buster convention I’ll be going to…and I hope to see you there one day, too!

44 thoughts on “My Experience At The 2017 Buster Keaton Convention”