Say the phrase “silent comedy,” and instantly a host of clichés come to mind–pratfalls, silly mustaches, banana peels, wacky acting, and of course, pie throwing. (Although the latter wasn’t as common as we think).

50% of silent comedy pies were in this film (maybe).

Of course, there’s more to the huge world of silent comedy than those clichés (not that we don’t love them). From the one-reel farces of Max Linder to the light comedies of John Bunny and Flora Finch to the epic scale of The General, a wide variety of films fit under the “laughmaker” label, and this is partly because there were distinct trends in comedy that evolved just as quickly as cinema did itself.

First, a brief overview: The first film we can call a comedy is the 45-second Lumière film L’Arroseur arrosé (1896), showing a mischievous boy stepping on a gardener’s hose as he’s watering a garden. Most ancient film comedies were similar: brief gags or jokes, often under a minute long, sometimes acted out by vaudeville performers who often reprised onstage routines.

Much of the “knockabout” style we’re familiar with from silent comedy was handed down from vaudeville and the circus, as was the heavy pancake makeup, eyeliner and fake mustaches. By the early 1910s, thanks to such pioneers as Mack Sennett, split- and one-reel comedies were being churned out at an insane rate. They were rife with pratfalling, car chases, angry cops, brick-throwing, and squabbles in public parks–any broad gag considered a guaranteed laugh-getter. Many performers became associated with specific “grotesque” costumes, usually consisting of ill-fitting clothes, oversized shoes, quirky hats and exaggerated makeup.

On the flip side were the “light” or polite comedies (such as those made by Vitagraph) where performers acted more naturalistic and favored light makeup that didn’t seem plastered on with a trowel. And thus, the two main comic trends continued on their merry ways, eventually becoming longer (two-reelers soon started leaving one-reelers in the dust) and more sophisticated by the late 1910s.

From my friend Psychotronic Paul’s blog.

Now let’s take a closer look at the late 1910s, since this was also when the public’s tastes started changing. Crazy makeup and nonsensical situations were starting to look passé, and tried-and-true gags like cars sliding on greasy pavement or wild brick throwing were growing old (and don’t get me started on the custard pie throwing, which has cemented itself in people’s minds to this day).

A 1918 ad for a Lyons and Moran series–part of the small text proclaims, “No pie throwing.”

Comedian Lloyd Hamilton (then famous for being a part of comedy duo Ham and Bud) contributed this essay to Motography in 1918:

There is not one phase in the production of motion picture comedies today that isn’t a great improvement over the fun film of the past. Of course everyone has his opinion as to the cause of the great improvement. The biggest reason is the public or fans themselves. They have become tired of the old hokum comedy, the poor sets, hideous make-ups and other stuff such as throwing pies. A year or two an audience would scream if someone was hit in the face with a pie–but today the kids are the only ones who seem to enjoy it…

About two years ago when I was doing my present character of Ham…it was easy to get the people to laugh. Any time that the director wanted to break up a situation he would cut to me making all kinds of falls and tumbles for no reason at all, and this would get screams from an audience, but today it is doubtful if they would smile at this. If anyone takes a fall in a comedy now they want a reason for it, some logical situation that causes the comedian to fall. If not, they won’t laugh at it.

While directors and performers tried their hands at creating more logical, story-based comedies, they were also faced with the endless question: how could they top previous stunts and gags? (Silent comedy stunts had always been…well, nuts.) The answer was apparently: “Risk life and limb way more often–come on, fellows, what could happen?” And thus, as feature-length comedies became de rigueur in the early 1920s, “thrill” comedies became a popular subgenre–the most famous example being Harold Lloyd’s Safety Last! (1923). 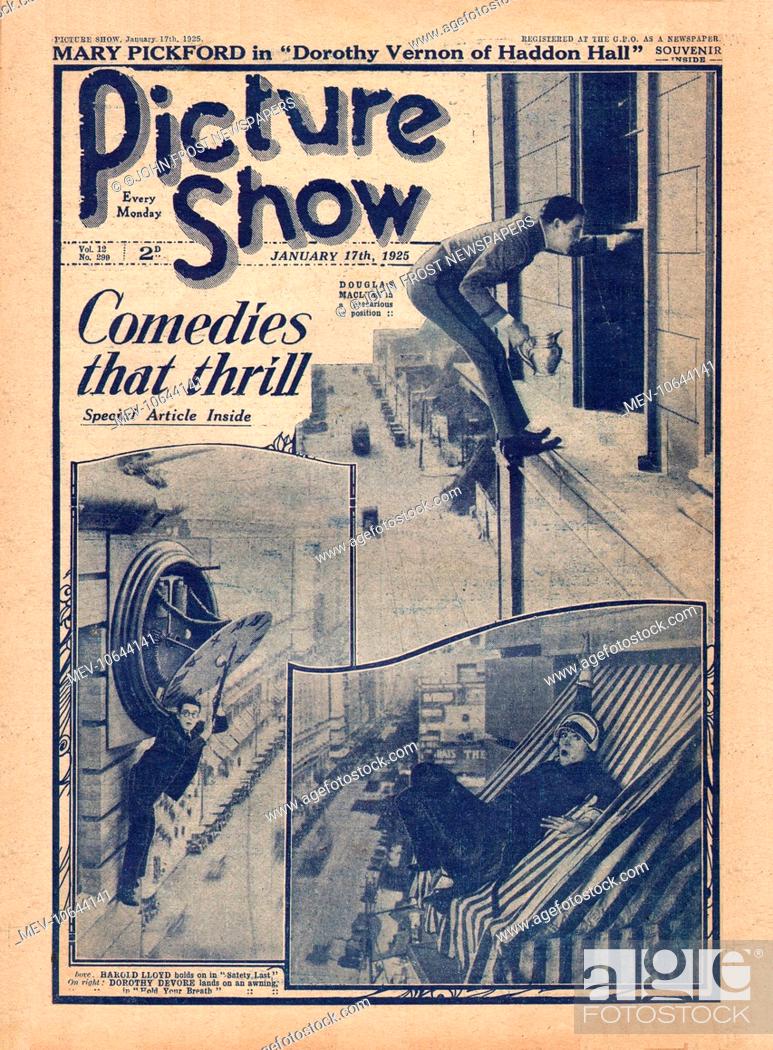 Since the faux-mustachioed, eyebrow-liner-sporting clown of old was increasingly unfashionable, what began replacing him was the sleeker look of Jazz Age “moderns.” “Everyman” clowns like Douglas MacLean and Johnny Hines became very popular, flappers like Colleen Moore adeptly mixed drama with comedy, bathing beauties in trendy swimwear frolicked through numerous shorts, and many of the top comedians began adopting sportier looks.

For instance, here’s Harold Lloyd as his “Lonesome Luke” character from the 1910s, and his “Glasses” character he had developed by the ’20s:

Here’s Buster Keaton in his signature costume from his shorts and early features, and his more clean-cut look for some of his later ’20s features. (He included a scene in his Go West where he regretfully parted ways with his porkpie hat.)

Roscoe Arbuckle apparently had a presentiment, and made the switch not long before the 1921 scandal that interrupted his career:

And heck, even Larry Semon gave tailored suits a shot:

Of course, there was still plenty of wacky slapstick to be found in 1920s two-reelers, and some of the lower-tier comedians still stuck with their familiar old-school makeups, making a steady living in shorts and small feature roles (Billy Bevan, Snub Pollard, and Ben Turpin are a few examples). Ill-fitting clothes and funny hats were more suitable for some characters (Harry Langdon, Laurel and Hardy), and some comedians’ looks were simply too iconic to discard (Charlie Chaplin, anyone?).

Still, critics and exhibitors generally welcomed the trend of plot-driven comedies and stylish-looking comedians, preferring them to “pie-throwing comedies” (you saw this phrase so often I’m thinking “pie-throwing” was shorthand for “crude slapstick”). The editor of Motion Picture Magazine raved in a 1925 editorial:

About fifteen years ago…very few people had the foresight to see into what a colossal giant the then baby industry was to grow. From the nickel shows in the back of stores and saloons I have watched them grow into the marble palaces on Broadway…Where once I gazed in wonder at the crude one-reel melodrama of Broncho Billy holding up a stage-coach, or at a pie-throwing farce, I now behold a marvelous The Ten Commandments, or an artistic, million-dollar comedy by artists such as Harold Lloyd or Buster Keaton. 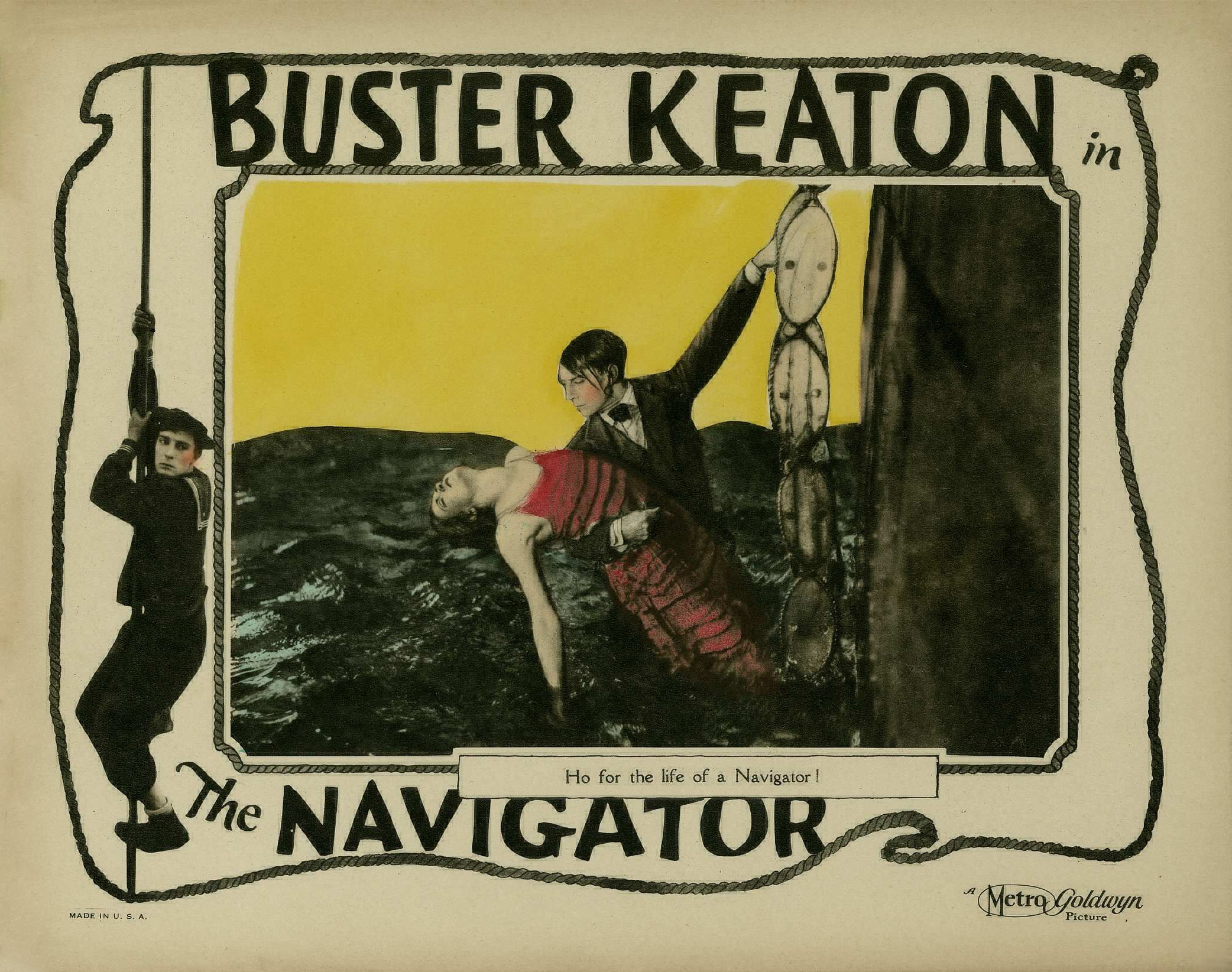 One of the most popular comedy features of the 1920s.

It got to the point where theater owners would often dismiss a mediocre slapstick short as “another custard pie comedy.” In 1926 the Exhibitor’s Herald considered it safe to enthuse: “The comedy filled with pie-throwing, chases, marital infelicity, and bathing girls is a thing of the past, and the new style comedy is as much of an improvement over its predecessor…as the motor car of today is superior to the sputtering, clanking, unsafe ‘horseless carriage’ of twenty years ago.”

Naturally, it wasn’t all smooth sailing for film studios–the latter half of the ’20s saw intermittent waves of nostalgia for the more “light-hearted” films of the past (yes, “the past” was less than ten years prior), criticizing the overabundance of dreary dramas:

Some folks even thought cinema was getting too artsy. Exhibitors noted that the 1920s pathos-laden Chaplin seemed to be a bigger hit in cities than small towns.  Picture-Play Magazine said wryly: “The baggy trousers, the wisp of a cane…used to induce nothing short of hysterics in the great masses of the American public…But then he read some place that the high art of his comedy lay in his ability to bring tears to the eyes. So he went in for eight reels of throwing pathos, when the bigger half of his public would much rather see him hurl custard pies.” Smaller towns in general preferred action and straightforward comedy to artiness–even artiness welded by a popular comedian.

But despite this nostalgia, the old Keystone/L-KO/Joker era was more or less in the past, although it would be lampooned in many films to come. And you might say that the Brave New World of society comedies and logical situations has never left us.

Thanks largely to the evolution from “nonsensical pratfalling” to “humorous real-life moments,” the silent comedy world of the 1920s is strewn with timeless gems. Still, I can’t help feeling fond of the zany, improbable, thoroughly unpretentious early 1910s, so often dismissed as the era of “custard pie” slapstick.

18 thoughts on “From Pie Throwing To Polished Farce: How Silent Comedy Evolved In Under Two Decades”