We all love “old dark house” movies, and this is one of the earliest that did it best. I especially love the opening montage showing the backstory of the house–that gloomy hallway, that brooding mansion, those superimposed cats hissing at the maddened Cyrus West…!

I tend to kick off October with this masterful, operatic film–one of my favorite silents overall. It calls to mind old legends, old Biblical tales, and strange stories in dusty, neglected books. It’s an Experience, is what I’m saying.

While it can be silly in parts and there’s a little too much exposition, does Sleepy Hollow ever have that spooky Halloween atmosphere! There’s some gross parts, because Tim Burton, but I know where they are and can look away. Plus, it has Johnny Depp. I like Johnny Depp.

9. The first half or so of The Nightmare Before Christmas (1993) 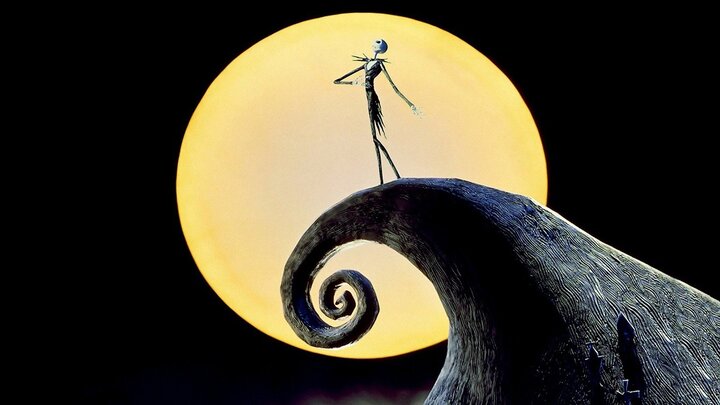 What? I watch until Jack Skellington falls through the Christmas Town door, and just before he hits the snow, I turn it off and then watch the rest of the film in December. When it’s Christmastime. What?!

This is one of the most perfect dark comedies ever conceived by man, and it stars Cary Grant, and it has Peter Lorre in it. This film makes me happier than I can describe.

This quintessential piece of German Expressionism is usually one of the first films I’m eager to watch in October. And I can confirm that the newest restoration is absolutely stunning, allowing us to enjoy every brushstroke on the cardboard sets and every hair of Cesare’s goth ‘do.

I watched this psychological ghost tale for the first time while alone in my apartment one night, which was both the dumbest and the smartest decision I’ve ever made. Dumbest, because it’s genuinely terrifying and I was all by myself. At night. Smartest, because dang it, the film was so brilliant that I have no choice but to revisit it every year. Thanks a lot, Robert Wise.

Not only is this one of my favorite horror films (so to speak), it’s one of my favorite films, period. It’s an unusual, meditative, evocative drama which ponders the core of the vampire legend. And it was Werner Herzog’s homage to the original Nosferatu, which he considered the single greatest German film.

I always tell people that Singin’ in the Rain is my favorite movie. My number two choice? The Southern gothic thriller The Night of the Hunter. If you ask me, it’s a giant among American films–and having Lillian Gish in the role of Rachel was nothing short of genius.

Such. A. Classic. If there’s any movie I save for watching on October 31st itself, it’s usually this one. Need I even explain why? (If you’ve somehow never seen it I won’t dare give the plot away–let’s just say Hitchcock himself would applaud my discretion.)

Man, there is just something about Nosferatu. A film old enough to predate Bela Lugosi’s Dracula, Halloween vampire costumes, and even the idea of a vampire being sexy. I don’t know what it is about the compositions, the tinting, the costumes, and so on, but every single frame of this film screams “Halloween” to me.

Because duh. What would Halloween be without this deceptively simple classic?

There are, of course, other films I try to watch every October too (Dracula, The Old Dark House, Disney’s The Legend of Sleepy Hollow) but these top my list of films that must be watched. What about you? What are some horror films you make a point of watching this time of the year?

23 thoughts on “12 Spooky Films I Watch Every October”