A former cartoonist, Bowers became the head animator for the 1910s Mutt and Jeff cartoon series before becoming fascinated with stop motion animation. In the mid-1920s he created a series of comedy shorts starring himself as a vaguely Keatonesque character with a love of crazy inventions. These shorts were basically showcases for his “Bowers process,” as he grandly dubbed his stop motion animation skills. In the trades they were advertised as “Whirlwind Comedies.”

One of the few Bowers photos that exist.

And what a whirlwind of marvelous imagery Bowers created. Here’s what I wrote about his work in my article “The Quirky Charm of Charley Bowers” for Forgotten Comedians Month:

So if you’d like to see those tiny Model Ts hatching from eggs, or watch live cats growing from pussywillow branches, or meet an odd little bug named MacGregor–all via the wonders of 1920s stop motion–then boy oh boy, is this the film set for you!

Aside from the fun of the animation, the shorts themselves are delightfully imaginative and well paced, forgotten masterpieces if you ask me. Having been a fan of Bowers for years (my first visit to a film festival was mainly to attend a rare program of his shorts!), I couldn’t be happier that Flicker Alley is putting out this new set. From their website:

Forgotten for decades, a few of [Bowers’s] films were miraculously rediscovered in the late 1960s by archivist Raymond Borde of the Toulouse Cinémathèque in France. Over the past ten years, thanks to additional materials from the Library of Congress, Národní filmový archiv, EYE Film Institute, Cinémathèque française, MoMA, and many other archives and collectors throughout the world, the legacy of Charley Bowers has been brought back to life using the most recent restoration technologies. Lobster Films scanned the best available sources with their original intertitles, and performed an extensive digital restoration of each short. Featuring recent additions to the previous 2015 release, The Extraordinary World of Charley Bowers includes new scores from Donald Sosin and Neil Brand.

And of course, there’s bonus materials too: 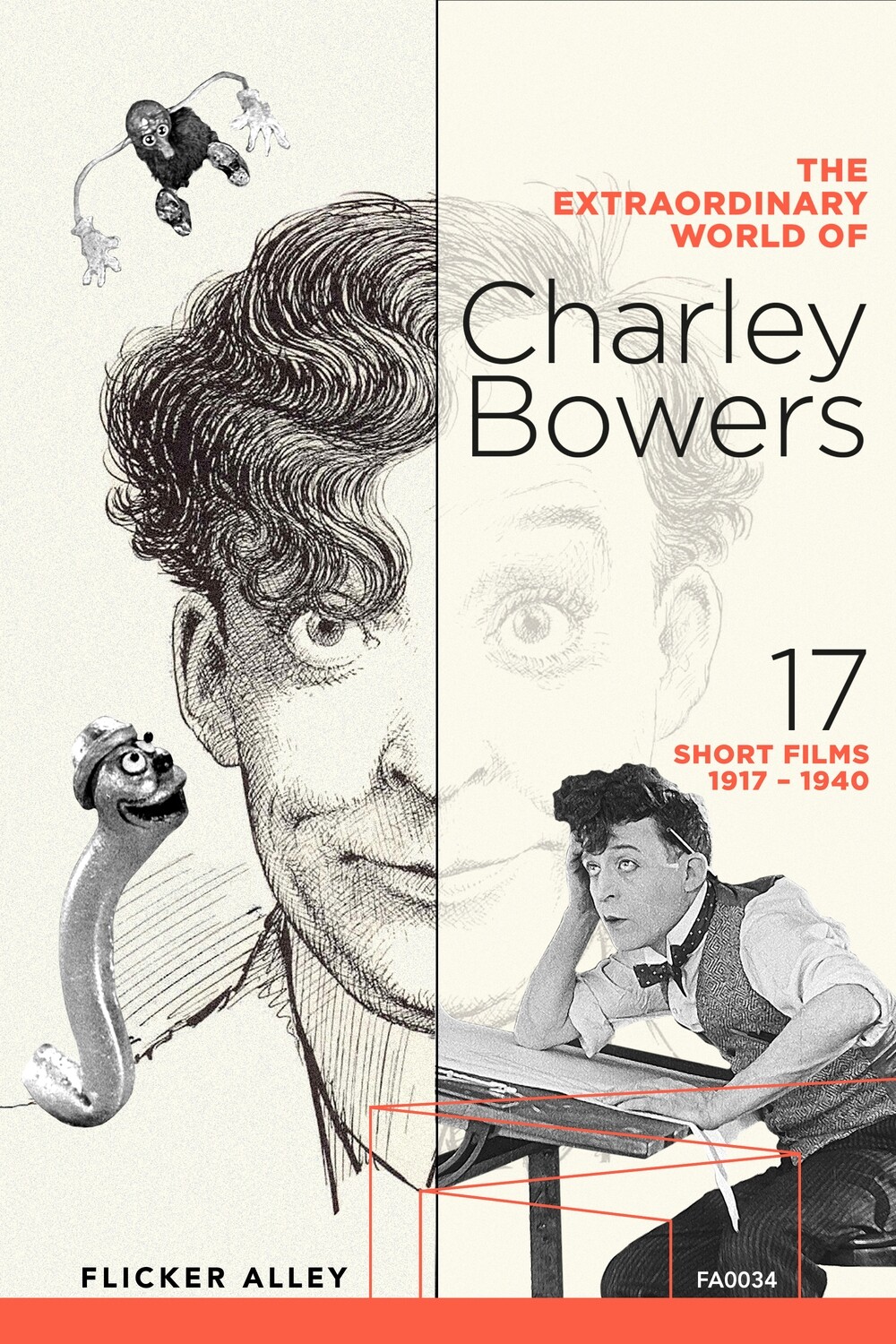 Intrigued? Take a look at this preview:

So! Since I’m one of the biggest Bowers fans you’ll ever meet (I know, I know, you meet so many) I had to share my joy about this set. So I’m going to be conducting a drawing and giving away a copy right here on Silent-ology!

To enter, simply leave a comment below! One lucky winner will receive a Blu-ray copy of The Extraordinary World of Charley Bowers from Flicker Alley. I’ll be conducting the drawing next week and will post the results at the top of this page. I’ll then get the winner in touch with Flicker Alley–easy peasy!

99 thoughts on “Win The Blu-ray Set “The Extraordinary World Of Charley Bowers” And Rediscover A Quirky Forgotten Genius!”