I’m also thrilled to share that this year the venerable International Buster Keaton Society is our blogathon’s official sponsor! Founded by Patricia Tobias in 1994, the Keaton Society (nicknamed the “Damfinos”) has worked tirelessly to help preserve Buster’s legacy and introduce him to new generations. From their website:

I can personally vouch for this iconic organization (I’ve even written for their Keaton Chronicle). One of the most perfect experiences of my life was attending their annual Damfino convention in Muskegon, Michigan in 2017 (where I gave a presentation, too!). Let me tell you–a nicer and more dedicated group of fans simply can’t be imagined. If you get a chance to go to a convention, for heaven’s sake, go! RUN!!

As the official sponsor, the Society is graciously offering a $50 gift certificate for Buster Stuff to one lucky blogathon participant. Buster Stuff is the society’s official store, selling everything from Battling Butler DVDs to custom-made porkpie hats. I’ll be conducting a drawing for the certificate on March 11. 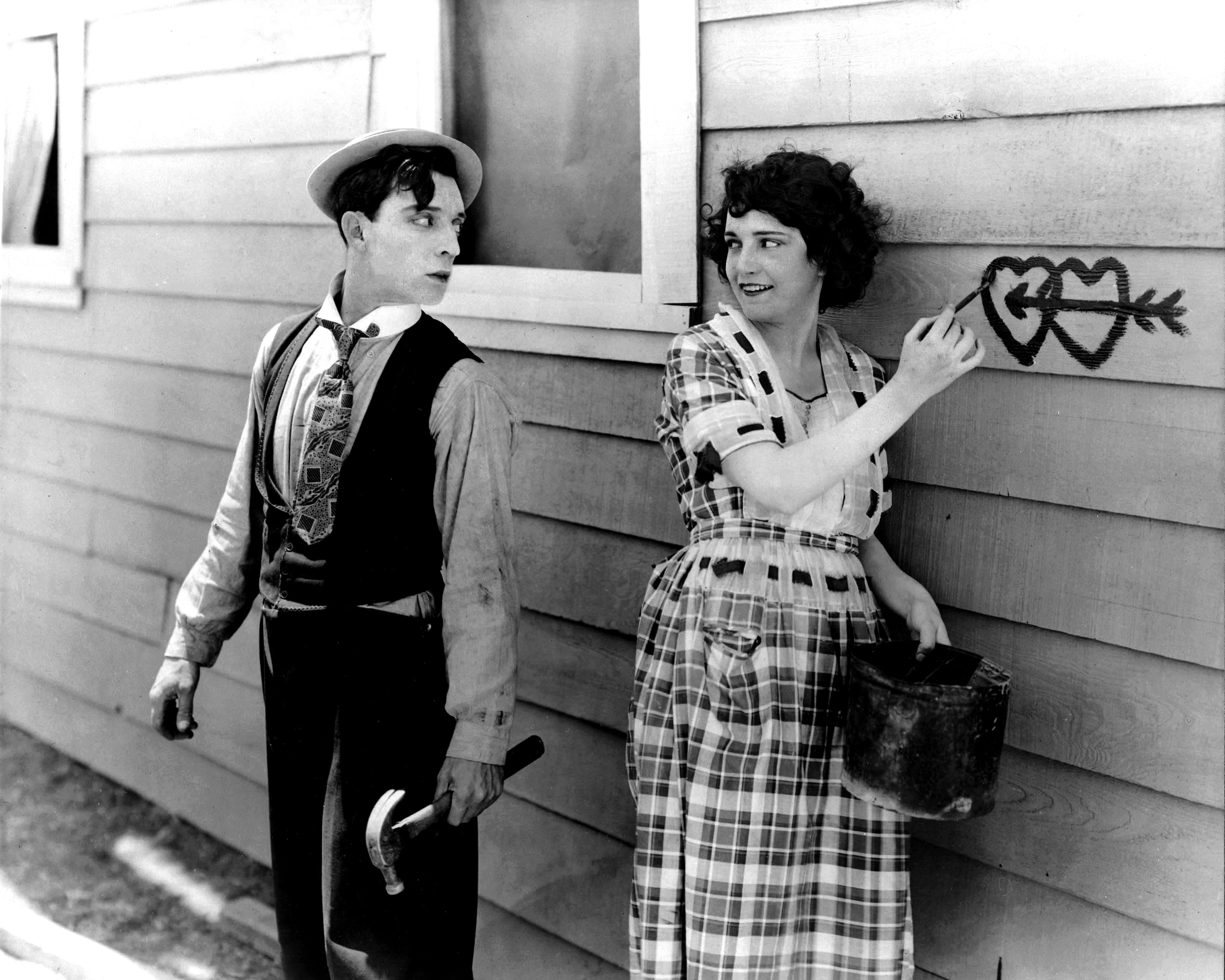 Sybil talking about how much she loves the Damfinos.

How: To join in, please leave me a comment on this post and let me know which Buster film or Buster-related topic you want to cover! (Or feel free to send me a message). Please add one of my banners to your blog to help spread the word about this event. During the blogathon itself, when you publish your post leave me a comment with the post’s link, or send me a message, whichever you prefer. Please mention my blog and the name of the event in your blogathon post (such as “This post is part of Sixth Annual Buster Keaton Blogathon hosted by Silent-ology.”) Post whenever you have time during March 9 and 10th, no pressure! If you post before March 9 that’s fine too, just give me a head’s up.

What to write about: Anything and everything related to the brilliant Buster Keaton’s life and career. (Check out his filmography for some ideas.)  Articles about his crew and the many wonderful actors who appeared in his films are welcome, too.

For ideas and inspiration, here’s the links to the First, Second, Third, Fourth and Fifth Buster Blogathons. Whew–we’ve got quite a library of Keaton essays going!

(Buster avidly reading our past posts.)

Way Too Damn Lazy To Write A Blog | Speak Easily

Cameras Against Humanity | Keaton and the Kuleshov Effect

Taking Up Room | In the Good Old Summertime

Talk About Cinema | The Railrodder and Buster Keaton Rides Again

MovieRob | The Navigator and The Stolen Jools

Thoughts of One Truly Loved | The Navigator

The Everyday Cinephile | The Cameraman

Groovy Like a Silent Movie | Essay on Buster’s fandom