Happy weekend everyone! Since I’ve been pretty busy with a new (silent film-related!) project this week I decided to reshare one of my personal favorite “Personalities” articles. Because heaven knows one dose of Elinor Glyn is never enough! Hope you enjoy. 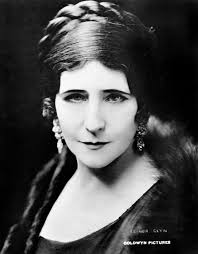 4 thoughts on “Elinor Glyn And Her (Infamous) “Three Weeks””