Now, keep in mind, these are reminisces about films that were made a little over a decade prior (the author keeps mentioning “1910,” but his stories seem to come from about 1910-1915). It’s like us reminiscing about the dear, old, long-forgotten days of The Dark Knight and Gran Torino.

It starts out with some reassurance:

Lest the impression be created thru the title of these stories, together with the atmosphere of the dim movie past which flavors them, that the chronicler is a patriarch with flowing white beard and joints of Ford-like propensities for creaking, may he say now that he, thirty-five, is still recognized as an able-bodied press-agent and manages to cover the distance between his home and the offices of the Brewster magazines without the aid of a wheel-chair.

Looking back thru the years from 1910, the days of the Bunnys, the Costellos, the Turners…the single stage studio and the double lens camera, the split reel and the custard-pie comics, the cold finger of fact may point to…the magnificent ten-stage studios, the great salaries, the stereoscopic cameras, the huge spectacles–point to it all in its immensity and its improvement. But to those who made the movie in 1910–“Them were the happy days.”

The author, Bert Ennis, talks a bit about his time as a publicity man for Vitagraph (hence he’s drawing on his own memories) before deep diving into the archaeology of that oh-so-antiquated era:

The Vitagraph company in 1910 was located in what was then an obscure part of Flatbush, a suburb which existed only so that vaudeville monologists could pull wheezes about it. The studio was a one-stage affair, glassed in. Its entire lighting equipment would be hardly sufficient for the illumination of a single set in one of the average program films of today…The cameras were cumbersome affairs, made more so by the use of double lenses, which meant that two negatives were made at the same time–one for release in this country and one for foreign consumption.

Interesting that he brings this up, since I think that practice was still in vogue for some studios in the 1920s and somewhat adapted to the talkie era (by making different versions with actors speaking foreign languages phonetically). Then again, Motion Picture Classic is a fan magazine and maybe the average moviegoer hadn’t heard of it.

Ennis then describes some dim figures from ancient times:

I have stood on the side lines of a set in the old days watching the much loved Wally Reid playing atmosphere…I have seen Constance Talmadge third in a row of sweet young extras supporting Wally Van in one of his comedies whilt eh then unknown Norma, her sister, was just beginning to attract the watchful eye of J. Stuard Blackton with her promise of dramatic ability in minor roles.

I mentioned Wally Van, by the way, in my article on uber-obscure comedians, if you’re interested. You’d never guess his screen nickname was “Cutey.” 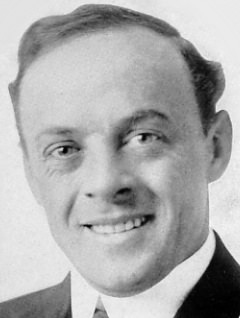 Now this is interesting:

To the Vitagraph of the misty past belongs the distinction of having introduced the first “vamp” of the screen. Long before Theda Bara essayed her “bad, bad woman” parts, Helen Gardner had established a new type of screen role thru her sirenic efforts as Cleopatra and other characters with a vampish tinge.

The old saying “we don’t make much money but we have a lot of fun” applied to the actors and directors of 1910. If memory serves, the celebrated John Bunny began his movie career at $40 per week and at the height of his career, when death cut short his brilliant comedy achievements, he was receiving $500 per week. Nowadays, this salary is regarded as a nominal one in the movies…

Laughing all the way to the bank.

Here’s an anecdote that reminds me of the irate director from Singin’ in the Rain (one of many possible inspirations?):

[Fred “Bing”] Thompson, who has since passed on, and incidentally, was the first man to use wild animals in photoplays, was quickly irritated when things did not run smoothly under the lights. He had a penchant for breaking derby hats, one of which was always perched on his head. The number of broken derbies at the end of a two-reeler under Bing’s direction was indicative of the storm or calm which accompanied its making.

And there’s a charm about this memory even today, in a time when movies have multi-million dollars budgets and massive teams:

In these days of sumptuously furnished players’ dressing-rooms and specially built bungalows for the use of high-salaried stars in preparing for their studio appearances, it is amusing to learn that three such big-times of the old days as John Bunny, Sidney Drew and Wally Van, comedy aces of the pre-Chaplin era, all shared the same small room together.

Incidentally, the casting system employed was a most simple one but productive of the proper results for those days. The applicant was queried as to whether or not he or she were the owner of evening clothes. If the answer was in the affirmative, the lucky one was pretty certain of immediate work in the innumerable pictures produced in which gentlemen, as well as ladies of the evening, were used. 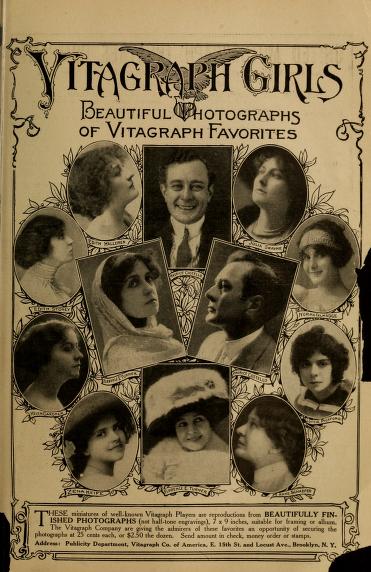 The goal was to become a favorite.

The article ends with a bit of “you had to be there” memories. I was struck by the tidbit about primitive rain effects–haven’t heard that one before!

And yet–those were the happy days. Days when audiences received the polite information via a slide that “no pipe smoking, stamping of feet or whistling was allowed,” when the film would break just as the villain was about to “get his,” when each shot in the scenario was measured before the scene was filmed, in order not to waste footage, when the effect of rain was achieved the simple expedient of pin scratches on the surface of the film…when comedies were made to be laughed at and dramatic films were taken seriously…

“When comedies were made to be laughed at.” Dude, you live in the era of The Freshman and The General! But I digress…

There’s actually a number of articles like this that were published throughout the 1920s, which is endlessly amusing. Yes, film technology evolved surprisingly fast–but all the same, it makes you smile, doesn’t it? I wish I could find it, but I swear I saw one that was published around 1920, talking about the good ol’ days of the 1907-1910 or so.

So that’s all for this post–oh, and here’s some good news. October Is Coming. Y’all know what that means…! 🙂 (I am planning.)

4 thoughts on “Fan Magazine Fun: “Them Were The Happy Days””