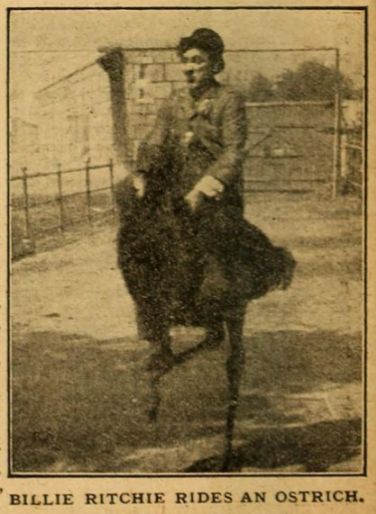 But maybe, like me, you’re wondering precisely how an ostrich-related injury could lead to someone’s death–a full two years after the fact, mind you. (Didn’t know about that time frame? Yup, it’s true.) And maybe you’re suspicious that the details about the ostriches vary so much–was the unfortunate Billie kicked or mauled by the savage birds? And how many birds were there? One or more than one? Since this is obviously is one of the most debated questions of the modern age, let us examine it more closely. END_OF_DOCUMENT_TOKEN_TO_BE_REPLACED