While working the book CHASE! A Tribute to the Keystone Kops (slight plug there, hee hee), editor Lon Davis kindly asked me: had I ever read he and his wife Debra’s book King of the Movies: Francis X. Bushman? When I said I hadn’t, he offered to send me a copy. Of course I accepted–who wouldn’t want to learn more about Edwardian heartthrob Frankie X?

And I can now say, without bias or exaggeration, that King of the Movies is one of the most engaging, readable biographies of a screen star that I’ve come across, possibly supplanting my former favorites Vamp: The Rise and Fall of Theda Bara and The First King of Hollywood: The Life of Douglas Fairbanks. Or at least standing shoulder to shoulder with them. I mean, they’re pretty darn awesome too.

END_OF_DOCUMENT_TOKEN_TO_BE_REPLACED

If you love film history, you’ve probably heard that the dapper French comedian Max Linder is credited as being the first “name on all the posters” screen star. No less a celebrity than Charlie Chaplin would refer to Linder as “the professor.” But aside from that, many folks’ exposure to Linder is likely confined to viewing a couple short comedies, seeing a few portraits and stills, and hearing that the man’s life ended in some kind of tragedy.

Surprisingly for such a seminal figure, Linder’s been the subject of very few books…but that’s starting to change. Recently released from BearManor Media, Lisa Stein Haven’s The Rise & Fall of Max Linder is helping to fill a noticeable gap in silent comedy fans’ book collections.

END_OF_DOCUMENT_TOKEN_TO_BE_REPLACED 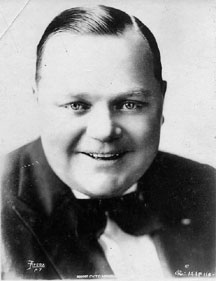 I have to say that I was a bit surprised too at how hefty Rediscovering Roscoe turned out to be. It was originally planned to be a smaller format book, like Lame Brains and Lunatics and Divas, but it grew too large. I got very lucky finding material and I wanted each film entry to be as thorough as possible. Every one would have credits, cast, working title, contemporary reviews, and archive sources, in addition to a commentary on surviving films and as much as I could find on missing ones. I have to admit that I “borrowed” the format of the book from Rob Stone’s excellent Laurel or Hardy, one of my favorite film books. END_OF_DOCUMENT_TOKEN_TO_BE_REPLACED

So I was thrilled to hear that comedy historian Steve Massa, author of Slapstick Divas and Lame Brains and Lunatics, has a brand new book about this great comedian’s career: Rediscovering Roscoe: The Films of “Fatty” Arbuckle. (Don’t you love that cover?) If there’s anything I enjoy as much as watching silent comedies, it’s reading about silent comedies–and studying the colorful, hardworking personalities behind them. END_OF_DOCUMENT_TOKEN_TO_BE_REPLACED 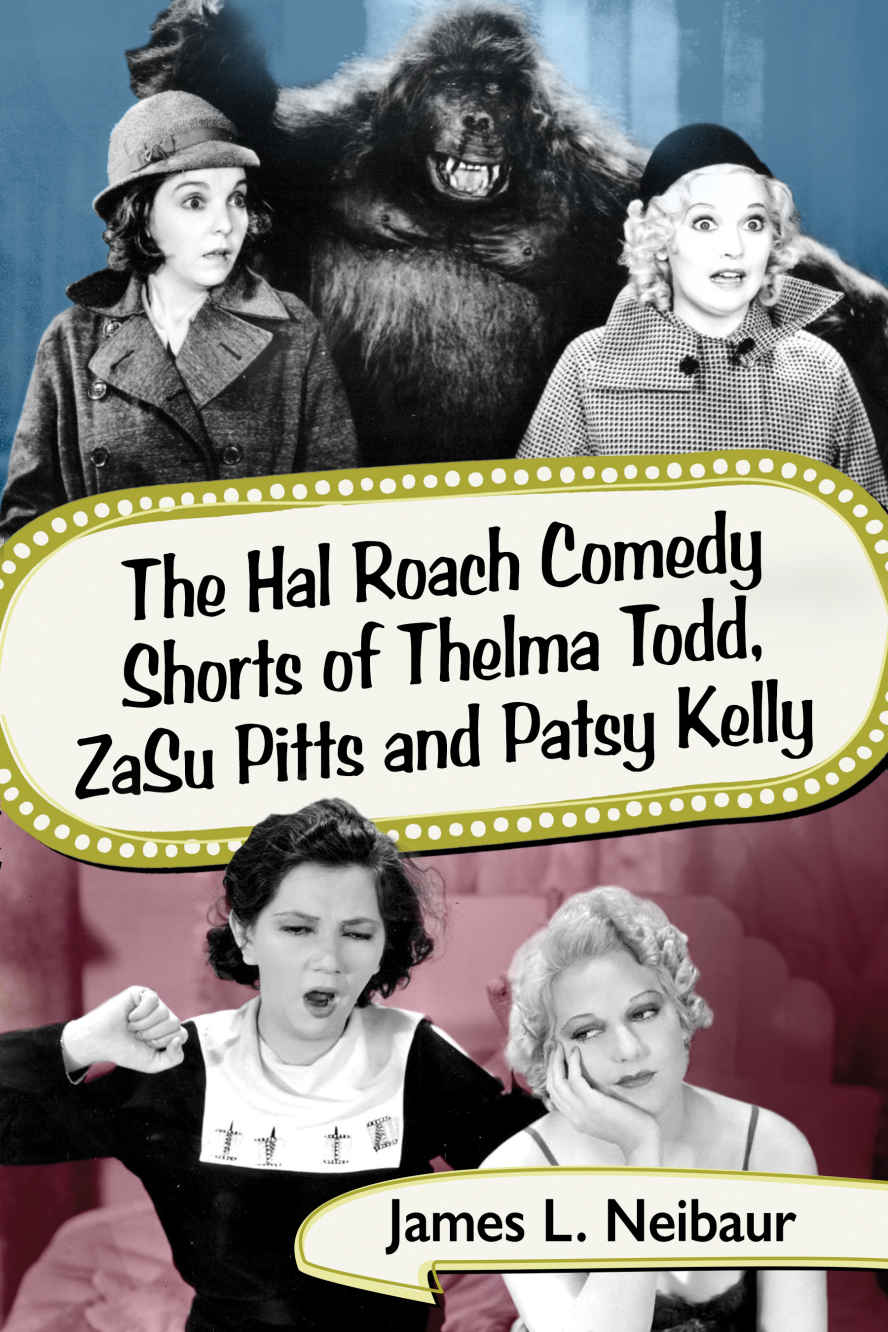 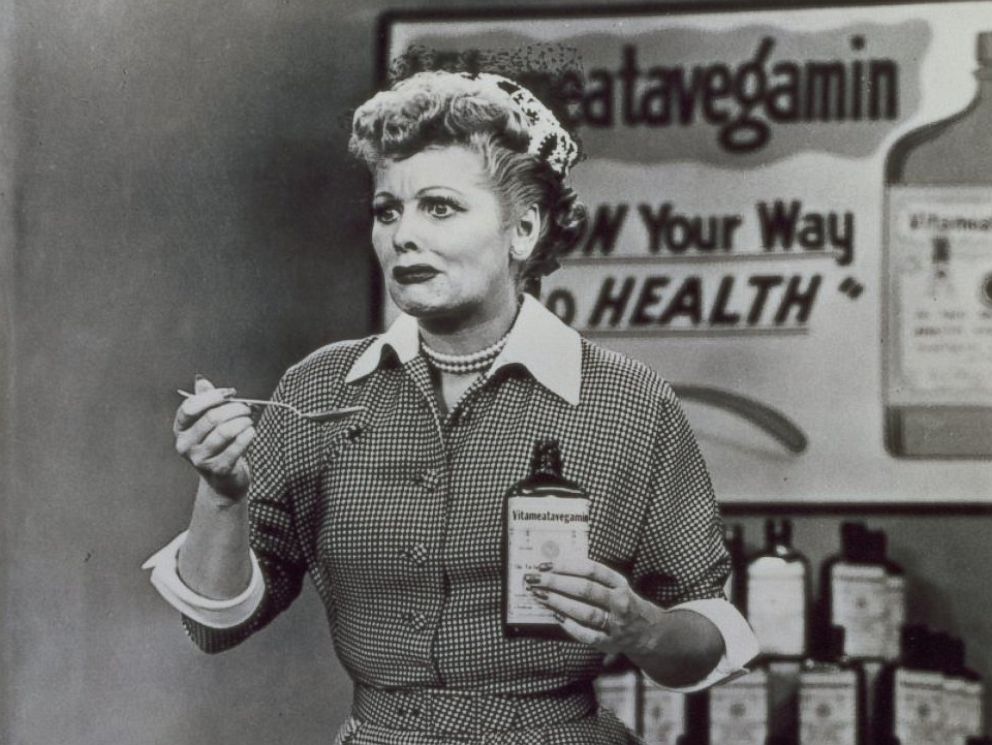 But, as the introduction to James L. Neibaur’s latest book The Hal Roach Shorts of Thelma Todd, ZaSu Pitts and Patsy Kelly points out, the funny ladies of film have been with us far longer than that–since the darn dawn of cinema, I would add. A few perfect examples from the Golden Age of Comedy are Thelma Todd, ZaSu Pitts, and Patsy Kelly, who starred together in a number of shorts in the 1930s (Todd and Pitts were a comedy team for a few years; when Pitts left the Roach studio in 1933 Patsy Kelly took over her half of the team). While there are a couple biographies of ZaSu available and several about Thelma (due to her tragic death in 1935), Neibaur’s book is the first to examine the short comedies of these frequently overlooked comediennes. END_OF_DOCUMENT_TOKEN_TO_BE_REPLACED

If I tell you to picture a child star from the silent era, two that will come to mind are likely Jackie Coogan or Baby Peggy. Likewise, if I tell you to picture an actress famous for portraying flappers, you’ll probably think of Clara Bow or (I hope) Colleen Moore. But one actress who probably won’t occur to you is Virginia Lee Corbin, a former child star who also managed to transition to flapper roles as she matured. But happily, writer and researcher Tim Lussier is determined to get you acquainted with this overlooked actress with his fine biography “Bare Knees” Flapper: The Life and Films of Virginia Lee Corbin. END_OF_DOCUMENT_TOKEN_TO_BE_REPLACED

Happy 2018, everyone! Now that 2017 is officially  behind us, once again it’s time to recap the various silent film-related discoveries, restorations, events, DVD/Blu-ray/book releases, etc. from the past 12 months.

Now, I normally keep a running file of these kinds of stories which I update whenever they catch my eye. A couple months ago, however, my 9-year-old laptop breathed its last (or maybe it drowned–I kind of spilled water all over its keyboard). I had copies of nearly every file I owned backed up online–EXCEPT for, you know, a couple irreplaceable things like my 2017 film news file. Yes, about 15 dumb memes were safely tucked away but NOT THAT FILE. So forgive me if I missed anything absurdly obvious–I tried my best to get caught up again! END_OF_DOCUMENT_TOKEN_TO_BE_REPLACED

For decades, silent star Marion Davies was known mainly for two things: for being the mistress of uber-powerful newspaper magnate William Randolph Hearst, and for supposedly being the inspiration for the untalented Susan Alexander in Citizen Kane. Well, the latter isn’t true–Susan was based on the wife of a different uber-powerful magnate (as Orson Welles himself finally revealed). And as for the former, while Marion was certainly part of a faithful “arrangement” with Hearst right up until his death, it didn’t define her. A look at her films proves that she was a warm, hardworking, immensely talented woman who likely had the charisma to make a name for herself in Hollywood without Hearst’s help. (I’d say she was mighty lucky to have him on her team, but she was already working on her acting career before he swooped in with 5-gallon buckets of money.)

END_OF_DOCUMENT_TOKEN_TO_BE_REPLACED

New research on silent comedy has been on the rise in the past decade, and quite a bit of this is thanks to the tireless efforts of renowned historian Steve Massa. Silent-ology is very pleased to present this exclusive interview with Massa, where we discuss his very well-received new book Slapstick Divas: The Women of Silent Comedy.

Sybil Seely and Charles Dorety in one of the many rare images from Massa’s book.

For those readers who might not be familiar with your work, can you introduce yourself and talk a bit about your career?

I don’t know if I’d call it a career – it’s more of an obsession. END_OF_DOCUMENT_TOKEN_TO_BE_REPLACED