2022 marks the centenary of a very specific social phenomenon–1920s flapper culture. That’s right, I’m saying “centenary,” because I propose that 1922 should be formally recognized as the “Birth Year of the Flapper.” I’ve spent, err, too much time exploring this fascinating era of the early 20th century (especially when I did Flapper Month here on Silent-ology a few years ago), and after awhile I started noticing a trend. While flapper culture had been brewing and evolving for quite some time, 1922 is truly the year when the quintessential bobbed-hair flapper burst into the public consciousness. Did she ever!

Two examples of what I mean: here’s the results you get when you search for “flapper flappers” (both words at the same time) in the years 1910-1929 on the Media History Digital Library:

And if you do the same search on Chronicling America, if you narrow the search results down to a single year at a time, you will see:

I dunno, that’s looking pretty clear cut to me!

END_OF_DOCUMENT_TOKEN_TO_BE_REPLACED

While researching this month’s theme, I found a number of interesting or amusing newspaper clippings about “sheiks” that didn’t quite fit into my articles (or would’ve made them too long).

But since I like to share my joy, here’s a small collection covering various aspects of 1920s sheik culture. You might find these insights mighty similar to the public’s thoughts on flappers, too.

The use of “sheik” and “sheba” to describe hep teens seems to have grown in popularity  very rapidly after the release of The Sheik in 1921 (as you know), and became a staple of contemporary slang until the early ’30s. Here’s an example from 1924–oh, those traffic-endangering young spooners! END_OF_DOCUMENT_TOKEN_TO_BE_REPLACED

But “sheik culture” is an important piece of the Jazz Age puzzle. Its advent spurred numerous discussions about movie romance, masculinity and female desire. And its impact on American cinema was tremendous–in fact, you could easily categorize screen romance as B.V. (Before Valentino) and A.V. (After Valentino). END_OF_DOCUMENT_TOKEN_TO_BE_REPLACED

If you visit your nearest Halloween store, fringe and white ties are the only options you’ll find. Now, if that’s what you really want to wear, it’s your funer–I mean, it’s up to you. It’s okay, I will only judge you in the privacy of my mind (and only a little harshly). But if you want an authentic look that draws inspiration from the many real styles of the Jazz Age, then boy oh boy have I got some handy tips for you!!  END_OF_DOCUMENT_TOKEN_TO_BE_REPLACED

It was a long way to come for a young woman who had grown up in the shabby tenements of New York City, unwanted and unloved, often neglected by her father and living in fear of a mentally unstable mother. END_OF_DOCUMENT_TOKEN_TO_BE_REPLACED

Are you looking for some fun, frothy movies showing Jazz Age partying in fabulous Art Deco mansions? Are you in the mood for sparkling jewels, immaculate tuxes and flowing champagne? Do you want to see some of those swirling, kaleidoscope shots of musical instruments and dancing couples? Then Our Dancing Daughters (1928) and Our Modern Maidens (1929) are the films for you!

And if you’re among the multitudes who are familiar with Joan Crawford from her 1940s dramas and Whatever Happened to Baby Jane?, then get ready to see the strong-featured, oft-shoulder-padded star as you’ve never seen her–as a sparkling flapper who can beat anyone in a Charleston contest. END_OF_DOCUMENT_TOKEN_TO_BE_REPLACED

So you want to host a 1920s-themed party. According to the wise source known as Pinterest, most of these parties nowadays tend to look like this: 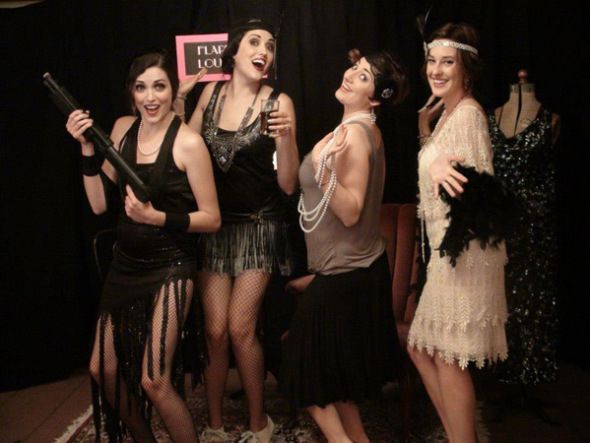 Flappers always brought their tommy guns to parties while wearing thigh-high dresses, as you know.

Of course, there’s nothing really wrong with a Vaguely-Twenties-themed party–but what if you tried hosting one that was a little less Party City and a little more “weekend in West Egg”? Here are some handy tips! END_OF_DOCUMENT_TOKEN_TO_BE_REPLACED

While doing research for this month’s theme, I came across an unfamiliar name: Gladys Walton. Fairly popular in the early 1920s, she was intriguingly described as playing “flapper roles”–a few years before those roles would be associated with Colleen Moore and Clara Bow.

Who was this young woman? Research revealed a pragmatic, outspoken star who quickly realized her true priorities in life…and it also revealed an intriguing mystery. (At least, I’m going to call it a mystery.) END_OF_DOCUMENT_TOKEN_TO_BE_REPLACED

It was one of the most culturally important films of the 1920s, the one that made Colleen Moore a star and made “flapper” part of every American’s vocabulary. Her delightful performance is arguably the highlight of the film…or so we can assume, because sadly only a fragment of the influential Flaming Youth (1923) still remains. But thank heavens for that fragment–not all lost films are as lucky.

END_OF_DOCUMENT_TOKEN_TO_BE_REPLACED

One of the most famous quotes about the Jazz Age comes from F. Scott Fitzgerald himself–and no doubt you’ve heard of it: “I was the spark that lit up flaming youth, and Colleen Moore was the torch. What little things we are to have caused all that trouble.” But did you ever wonder where he wrote that quote?

According to one scholar, it was inscribed by Fitzgerald himself in a miniature volume of This Side of Paradise for the tiny library of Ms. Moore’s famed, beautiful, $500,000 “fairy castle” dollhouse. And that not only gives you a little taste of the success and popularity of this spirited actress, but also of her girlish, whimsical nature that so appealed to countless audiences back in the silent days. 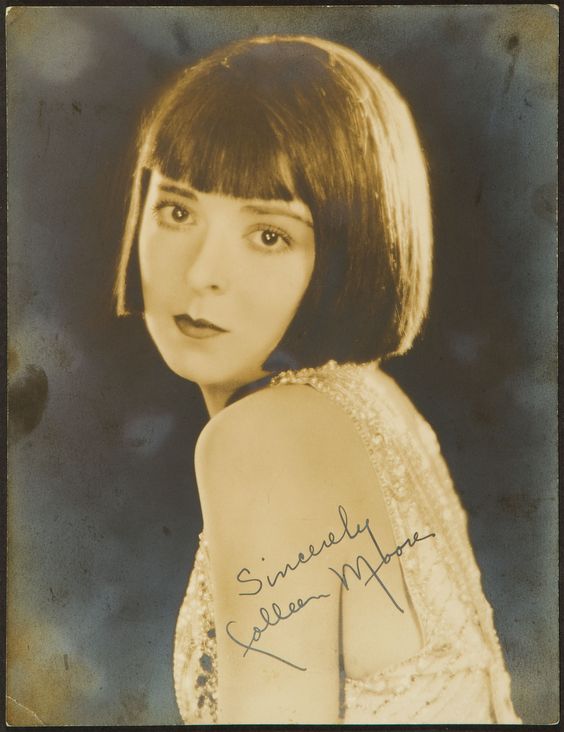