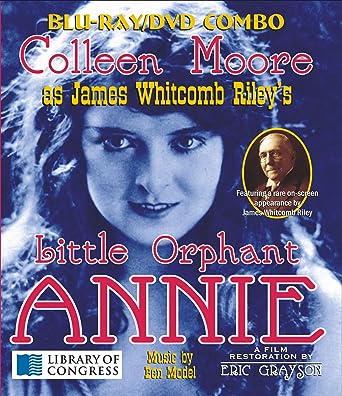 Little Orphant Annie (1918), the latest film restoration by film historian and collector Eric Grayson, is a rare gem for silent film fans–especially those who enjoy falling down research rabbit holes as much as I do. It’s come out at the perfect time–exactly 100 years since its initial release, and 100 years after the death of James Whitcomb Riley, author of the poem “Little Orphant Annie.” It’s the earliest available film that stars Colleen Moore, who within a few years would define “flapper” for a generation. Watching it requires you to put aside any memories of 1977 musicals involving little redheaded girls singing hopeful songs–and even the Little Orphan Annie comic strip, which didn’t debut until 1924. END_OF_DOCUMENT_TOKEN_TO_BE_REPLACED