One of the few silent classics virtually anyone’s willing to watch, Nosferatu has been iconic practically since its release in 1922. The strange, hunched Count Orlok has a permanent place in cinema history, a unique pedestal that keeps him apart from the suave villains of later pop culture.

I’ve reviewed this gothic masterpiece before, but didn’t delve much into the details of how or why it was made. A few of you may already know the tale, with its background of modern art, WWI, occultism, flu epidemics, and gleeful copyright infringement. But if not, do read on.  END_OF_DOCUMENT_TOKEN_TO_BE_REPLACED 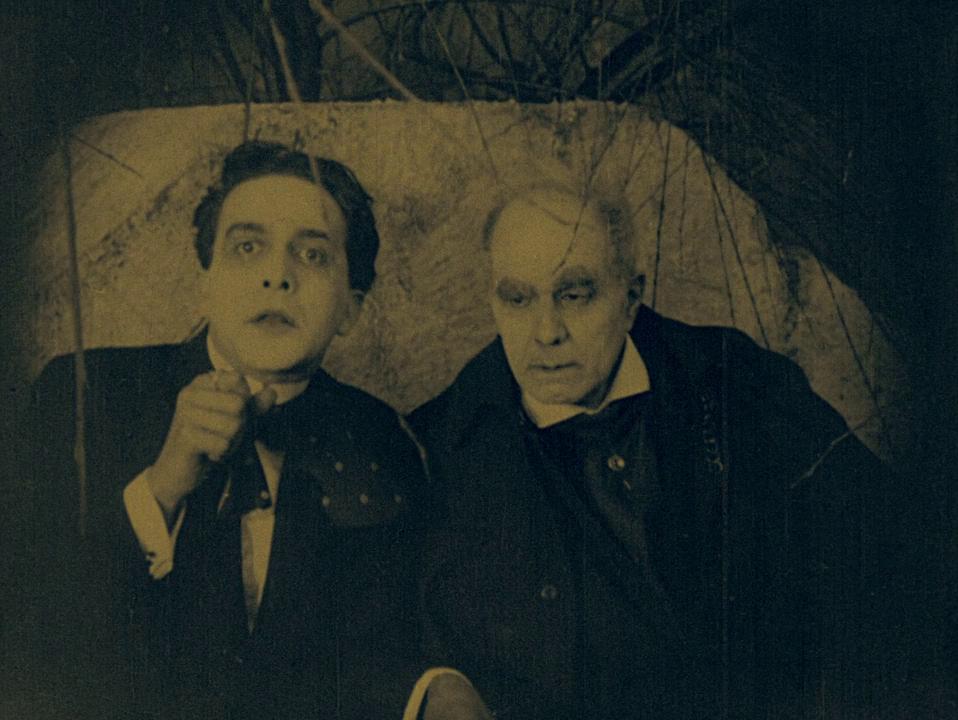 If you haven’t seen Caligari, be forewarned now that this post discusses spoilers–nay, it depends on spoilers. So if you haven’t gotten around to watching one of the most important films of the 20th century, well…ya oughta! END_OF_DOCUMENT_TOKEN_TO_BE_REPLACED

Ah yes, that one–with the hairy, paint-streaked demon with admirably bushy eyebrows. Also known as The Witch House, La Maison Ensorcelée, or The House of Ghosts, this frolicsome–hold on, is it called The Haunted Hotel too? Oh, that’s a different 1907 film–that’s not de Chomón’s too, is it? And wait, is The House of Ghosts actually an entirely different film from 1906? What’s going on?? END_OF_DOCUMENT_TOKEN_TO_BE_REPLACED