Very few names in the theater are as legendary as that of Sarah Bernhardt, nicknamed “The Divine Sarah” by her legions of admirers. Born in 1844 to a high-powered French courtesan, she first started acting while in boarding school and continued to pursue acting on the advice of family friend Charles de Morny, Duke of Morny–the half brother of Emperor Napoleon III (quite a contact!).

Her rise to fame was swift and suitably dramatic for an actress who loved romanticism and grand gestures. Studies at the Paris Conservatory lead to joining the Comédie Française, which she left for less prestigious theaters after butting heads with another actress. While continuing to make a name for herself she befriended great writers, screenwriters and aristocrats, taking some as her lovers. At age 20 she gave birth to her only child, Maurice, rumored to be the son of Belgian Prince Henri de Ligne.

END_OF_DOCUMENT_TOKEN_TO_BE_REPLACED

Judy Canova, Minnie Pearl, Louise Fazenda, Gale Henry, Mabel Normand, Lucille Ball in those I Love Lucy episodes where she blacks out teeth and wears hillbilly clothes–all of these talented ladies had fun bringing “country bumpkin” characters to the screen. Some did it part time (like Mabel) while others turned their rube characters into a full time career (like Minnie).

And those pigtails, funny hats and gingham dresses have hollered “bumpkin” to us ever since. But how often do you hear about their direct ancestor, Sis Hopkins? This great-grandmother of movie hillbillies was the creation of comedy pioneer Rose Melville. Her Sis was a very familiar character to audiences, debuting in the 1890s and appearing regularly in theaters across America for two straight decades. 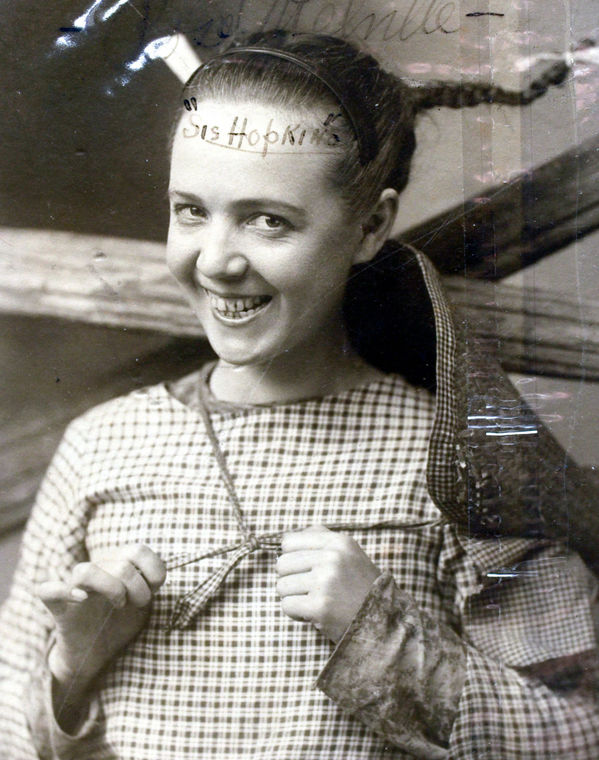