Happy New Year’s, everyone! With only a few hours left of 2016, it’s time for Silent-ology’s annual roundup of silent film-related news from the past 12 months. I try to make these posts fairly thorough, but let me know if there’s anything you’d like me to add!

In April a short 1916 film called A Romance of Quincy, starring Ruth Packard Rhodes, was found at the bottom of a box of keepsakes that was in storage. It had been produced by the Civic Motion Picture Company, which traveled from city to city making films with local residents. The woman who found it was Rhodes’s granddaughter!

In October it was announced that the Czech national film archive had discovered a lost film by Georges Méliès, Match de Prestidigitation (1904). The single reel (in a mislabelled can) had been part of an anonymous donation to the archive, and showed a magician who divides into two people and performs tricks.

Also in October, a Japanese newspaper announced the discovery of the 1924 short Our Pet, starring Baby Peggy. The film had been bought by a collector at an auction in September. Diana Serra Cary herself was surprised when she heard the news!

In November the new digital restoration of Napoleon (1927) premiered at the Royal Festival Hall, accompanied by the Philharmonic Orchestra playing Carl Davis’s mighty score (the longest one ever composed for a silent film). This massive undertaking was accomplished through the support of archives around the world, notably the Cinémathèque Française and the Centre Nationale de la Cinématographie. BFI released the first Blu-Ray of Napoleon around the same time (unfortunately it’s currently only available for region 2 DVD players). (Edit: The first edition of the region 2 Blu-ray has sold out, but the second edition is on the way. )

Also in December, the National Film Preservation Foundation (NFPF) made the 47 films on its DVD set Treasures From American Film Archives available to stream on their site–for free! Many thanks, NFPF! 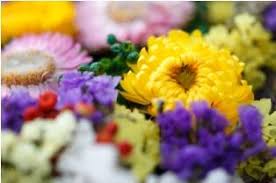 The world lost one of its finest silent film historians with the passing of Robert S. Birchard, the president of the Cinecon film festival and lifesaver of a many a researcher. He passed away on May 30th, and is greatly missed.

The beloved classic film star Debbie Reynolds passed away just a few days ago on December 28, one day after the sudden death of her daughter Carrie Fisher. Reynolds was not only a great actress but an ardent film preservationist, amassing a huge collection of movie memorabilia and attempting to open a Hollywood museum. And, of course, she gave the world the actress who gave us Princess Leia.

Undercrank Productions conducted another wildly successful Kickstarter for the preservation and DVD release of the Marion Davies feature When Knighthood Was in Flower (1922). The film should be available early in 2017!

The Criterion Collection released a wonderful Blu-ray of The Kid (one of my very favorite silent films), complete with a generous amount of extras.

Milestone released a Blu-ray of Daughter of Dawn (1920), which has an all-American Indian cast and had been shot on the Oklahoma prairies.

Kino-Lorber unveiled their 5-disc set Pioneers of African-American Cinema, in association with the Library of Congress with assistance from BFI, the George Eastman Museum, MoMA, and other prestigious institutions. 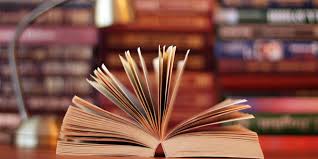 This is a banner year for classic comedy fans, because Randy Skretvedt’s definitive book Laurel and Hardy: The Magic Behind the Movies is out and has been receiving praise from everyone from Leonard Maltin to Luke Skywalker himself (well, Mark Hamill).

Timothy Lefler published Mabel Normand: The Life and Career of a Hollywood Madcap, arguably the best biography of the legendary comedienne to date. (You can read my review here.)

A book that I don’t have yet, but desperately need: A Thousand Cuts: The Bizarre Underground World of Collectors and Dealers Who Saved the Movies by Dennis Bartok and Jeff Joseph. This unique book documents the equally unique world of hardcore film collectors–folks who preserved countless reels of films in the days before VHS was a twinkle in anyone’s eye.

A great gift for a researcher, Richard Abel’s Menus for Movieland: Newspapers and the Emergence of Film Culture, 1913-1916 examines how advertising campaigns, early film criticism, and other items in “the papers” helped popularize the cinema.

Harry Langdon Jr., the son of the great silent comedian, published a book on his father’s life and career, Nothing On a Stage is Permanent: The Harry Langdon Scrapbook. Rare stills, never-before-seen photos, and other treasures from his father’s personal collection are enshrined in this fine volume.

Speaking of Napoleon, Paul Cuff’s book A Revolution for the Screen: Abel Gance’s Napoleon tells the astonishing story behind this monumental work of art.

Some great silent film classics made it into the Registry this year! Of the 25 films chosen, the list included:

Yes, Steamboat Bill and Musketeers finally made it in!!

Classic film fans scored a victory in October when souvenir carts and kiosks that were cluttering up the famous courtyard of Hollywood’s TCL Chinese Theater (formerly Grauman’s Chinese Theatre) were removed. The Vintage Los Angeles Facebook page had posted a picture of the kiosks covering up many of the famous handprints and signatures of the stars, and after an uproar from fans the theater quietly removed the carts!

For the past year or two Australian film restorer Robert Hoskins has been restoring the IMP film Pictureland (1911) frame by frame, posting periodic videos of his work on YouTube. An interesting look at film restoration in action! (Here is his YouTube page.)

The first 2K scan of an original paper print of a motion picture (in this case The Spirit of ’76, 1905) was unveiled at the 10th Orphan Film Symposium. Some of our earliest films only exist via paper prints of the film negatives (made for copyright purposes), and top-quality scans are important for preserving these images for future generations.

Professor of film studies Barbara Flueck-Iger has been doing groundbreaking work on the restoration of silent film tints and tones, searching for ways to replicate the original colors as exactly as possible–challenging work indeed!

Anything other big (blindingly obvious) stories I missed? Anything you’d like to add or share? Feel free to comment below! And Happy New Year’s, everyone–here’s to good things to come in 2017!