While far too many films of Jazz Age star Marion Davies are lost or unavailable, happily a few gems still survive. In my opinion the shiniest gem is probably Show People (1928), an affectionate satire of the movies that’s the very definition of a “crowd pleaser”.

The story was a familiar one back then–a hopeful young gal comes all the way from her hometown to try and become a film star, and gets into all sorts of scrapes. Marion plays Peggy Pepper, a Southern belle who arrives in fabled Hollywood with her proud papa, Colonel Pepper. They just know Peggy’s got the talent to make it in the movies, and it turns out she has just enough to get signed by “Comet Studios.”

Comet Studios turns out to be a low-budget slapstick comedy factory, clearly satirizing Keystone comedies (the ones made about a decade earlier, that is). Some scenes were even filmed at the old Mack Sennett studio, recognizable by the stucco archway with three cutout windows gracing the entrance. (Sennett had moved his studio to a shiny new location not long before.) She meets “custard pie artist” Billy Boone, who’s aspiring to one day “make it big” at the High Arts Studio after biding his time in Comet’s slapstick. Billy is amused by Peggy, who takes herself a little too seriously, and ends up showing her the Hollywood ropes. Soon they’re sweethearts, too.

Peggy’s the one who ends up making it to High Art Studios, leaving behind Comet’s custard pies and seltzer water and rebranding herself “Patricia Pepoire.” Soon she becomes completely full of herself, influenced by a suave pseudo-villainous costar who’s a takeoff of dark romantic stars like John Gilbert and Antonio Moreno. Can Billy help “Patricia” snap back to her senses?

Like many of the best satires it holds up very well today, and best of all, it doesn’t tip over into malice or cynicism. Even those jokes that depend a little context are still funny by themselves, such as the popular scene where Peggy demonstrates her “emotions” to the Comet Studios front desk. This is supposed to be spoofing the out-of-date acting technique of using specific facial expressions and gestures to match certain emotions, as Florence Lawrence demonstrates here: From A Pictorial History of the Silent Screen by Daniel C. Blum

Folks not overly familiar with silent comedy will still get a laugh out of the hyperbolic Comet Studios directing scenes. Show People wasn’t the first silent to show directors and crew getting wildly carried away by the scenes and yelling instructions right and left–this must’ve actually happened on quite a few sets! And if you’re wondering if Marion’s spoofing anyone in particular in her “Patricia Pepoire” guise, her performance is about 75% Gloria Swanson and 25% Mae Murray.

Silent fans, one of numerous reasons to watch this film is for all the great cameos–few silents had quite so many. We see John Gilbert, Norma Talmadge, Renee Adoree, Douglas Fairbanks, William S. Hart (in his final onscreen appearance), and more. There’s even a worth-more-than-gold scene showing Charlie Chaplin himself, looking quite dapper out of makeup. And speaking of Keystone, good-natured veterans Harry Gribbon and Polly Moran both have supporting roles.

The always-entertaining Marion Davies is one of the best actresses to introduce to folks today, having wonderful comedy instincts and broad appeal. For decades it seemed like she was chiefly remembered as the mistress of newspaper mogul William Randolph Hearst, who had a heavy hand in her screen career. It was usually assumed that poor Marion, despite her shining talent for comedy, was continually forced into stuffy “artistic” costume roles thanks to Hearst. (In fact, I rarely come across a sentence about Marion that doesn’t dolefully state, “…although her talents lay in comedy,” “Hearst wanted her in dramas, although she was a talented comedienne…” or something like that. I get it already, everyone.)

This idea is starting to unravel a bit with the restorations of films like When Knighthood Was in Flower (1922) (released on DVD by the fabulous Undercrank Productions), which was often assumed to be one of Hearst’s stuffy costume flicks. Au contraire, it’s a delightful mix of comedy, drama, and action–Marion even swashbuckles! 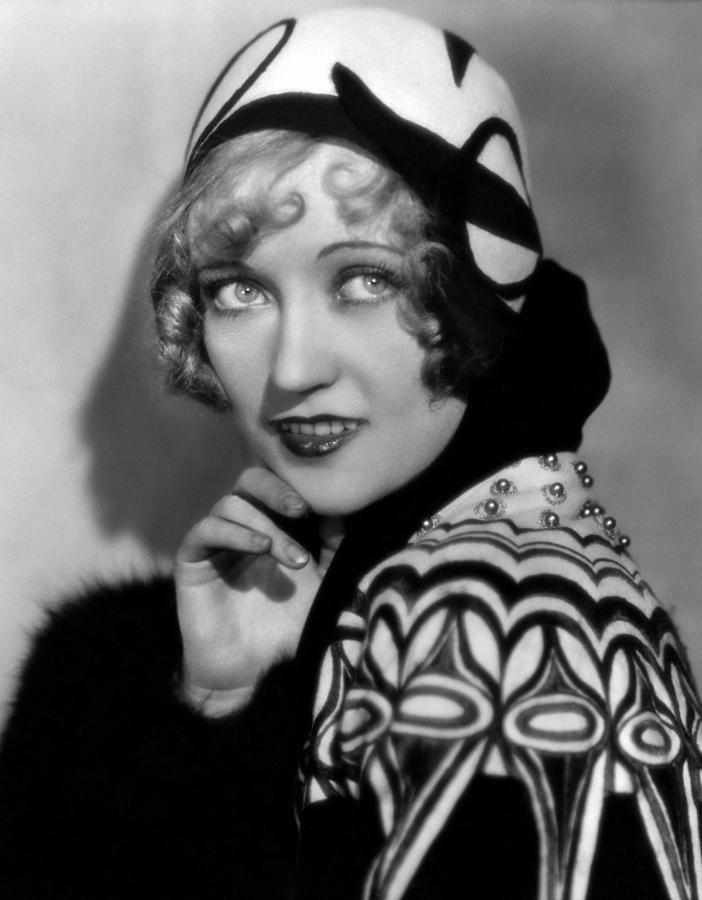 And I’ll put in a strong word for her costar, William Haines, a charismatic wisecracker who often played love interests. While obscure today, he was very popular in the 1920s, and also comes with a fascinating backstory. Discovered in the Samuel Goldwyn Company’s “New Faces of 1922” contest, he rose steadily to fame throughout the ’20s. He is said to be one of the earliest actors who was openly gay (which presumably means “open in Hollywood circles,” not to the public). In the early ’30s Louis B. Mayer, wanting to avoid scandal, gave him the choice of entering a sham marriage with a woman over staying with his partner, Jimmie Shields. Haines chose Shields (they were together for 50 years), drifted away from acting, and took up a very successful career as an interior designer.

So it’s worth pondering the backstories of these two leads, especially in context of Show People’s theme of not letting ephemeral Hollywood fame and fortune go to your head.

I’m happy to say that the Show People was the very, very first silent I ever got to see in a movie theater–with Wurlitzer organ accompaniment, no less! So I’ll always have a little spot for it in my heart. The crowd at the theater that evening loved this warm, funny film–and I’m sure that you will, too.

I’m happy to contribute this post to the Movie Parody Blogathon hosted by my friend MovieMovieBlogBlog. We’re taking a look at movies that parody the movies–always a fun subject! Be sure to check out all the great posts this weekend!