Naturally, like many other fascinating-sounding silents from the 1910s, The Miracle Man is lost. But in this case, fate has provided us with a rare silver lining. Thanks to compilation film The House That Shadows Built (1931), made in honor of Paramount studio’s 20th year, a couple minutes of footage have survived–including its most famous scene, where Chaney’s character pretends to experience a miraculous healing. Imagine if we had even one minute of London After Midnight!

The Miracle Man was based on a play by George M. Cohan, which in turn was based on a vividly-written novel by Frank L. Packard. It centers around a gang of criminals in Chinatown: ringleader Tom Burke, con artists Rose and “the Dope,” and the contortionist “the Frog.” After reading a sarcastic news article about a faith healer who’s revered by a small town, the gang hatches a plan. They decide to hide out in the town and have the Frog could pose as a cripple. Once he fakes his “miraculous” cure by the faith healer (who’s deaf, dumb, and partially blind), they could then swindle the townsfolk into giving them money (supposedly for a chapel). 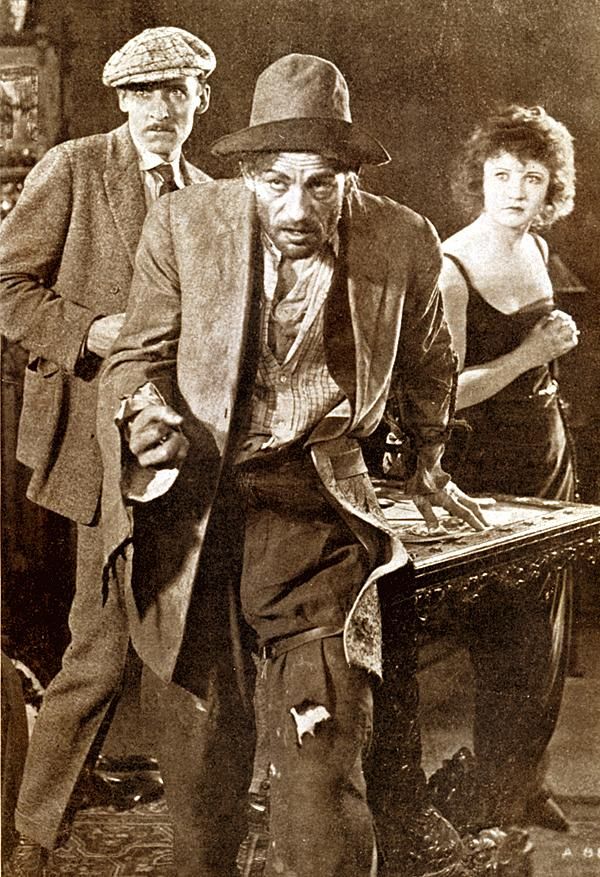 One of the scenes set in the criminal “underworld.”

But to the gang’s shock, after the Frog pulls his convincing stunt a small boy does receive a miraculous healing. And as news of the uncanny events spread throughout the country, each of the gang members begin experiencing their own healing from their lives of crime.

Reviews of The Miracle Man were enthusiastic to the point of being awestruck–it was called one of the finest works of motion picture art since The Birth of a Nation. Motion Picture News said, “There is cleverness, wit, pathos, sentiment, and satire, which is bound to sway an audience anywhere.” Picture-Play said, “It affected us as few pictures have ever done,” and Exhibitor’s Herald declared, “…The best review that could be written would be but scant justice to the production.”

As a study in genuine human beings, as an exhibition of the instinctive triumphs of the better nature when that better nature has a chance,  as a perfect fabric of life as it is lived–alternately funny as a Chaplin and pathetic as a Warfield scene–and as an adroitly constructed drama, rising from climax to climax and never missing a telling point, I do not recall that the silver sheet has ever offered anything any better than this, and few pieces as good.

Rose and “The Patriarch” (plus dog).

Its blend of big city cynicism versus small town sincerity, with an ultimately hopeful view of human nature, apparently had something to offer to everyone. Intellectuals admired its artistry, and the working class found the story spellbinding. Religious viewers found it exceptionally touching, and the non-religious were impressed by its dramatic power. On paper the plot might sound suspiciously hokey to us today, but the film version apparently hit all the right notes, handling the the various twists and character developments with sure-handed grace. “The quality of The Miracle Man is seen in its ability to seem real,” said a critic at the New York Times, “even to those who know it isn’t.”

In a time when a film’s “run” in most theaters was usually only a couple days, in many areas The Miracle Man played for a whole week. Some cities–such as Pittsburgh, Thomas Meighan’s hometown–showed as long as two. It was likely the top grosser of 1919.

Much of its success was thanks to the talents of director George Loane Tucker, then known for the 1913 drama Traffic in Souls. He made the film’s production a profound one for the cast. Chaney recalled in 1920: “We spent twelve weeks making The Miracle Man, and it was a wonderful experience, for Mr. Tucker was certainly inspired, and he inspired us until we were all living our parts every minute of the time. He works very quietly, directing every scene himself, and he went through those underworld scenes relentlessly, with set jaw and cold eyes, while in the emotional moments he cried as hard as the rest of us.”

And, of course, its success was also due to its excellent cast. The three main leads virtually owed their careers to its popularity. Meighan (who had gotten the rights to Cohan’s play of The Miracle Man) was propelled to matinee idol status almost overnight. Betty Compson, who had mainly appeared in Christie comedies, was able to use her newfound stardom to start her own production company. 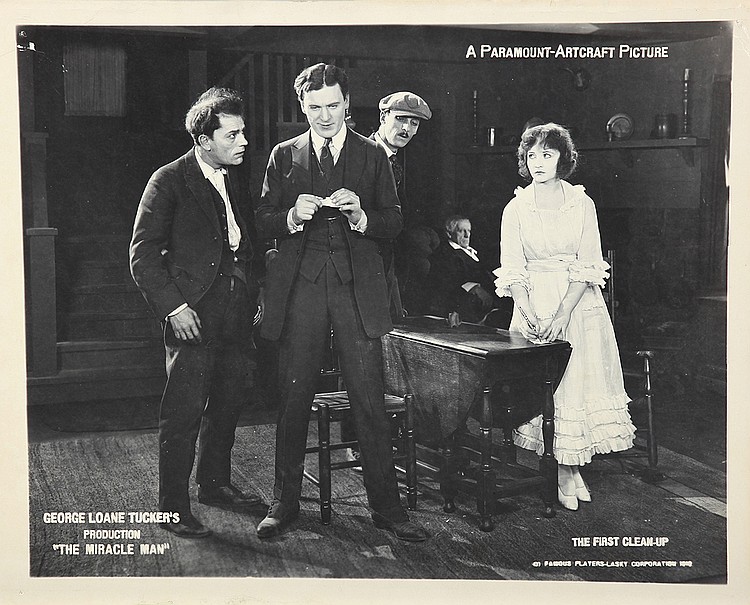 And Chaney, of course, became a household name. People were deeply impressed by this “Dr. Jekyll and Mr. Hyde of pictures,” who had such an extraordinary command of body language and makeup. It was agreed that no other actor could’ve done “the Frog” justice. This fame would result in his starring in The Penalty (1920), The Hunchback of Notre Dame (1923), The Phantom of the Opera (1925), and other screen classics. He had been in a number of films prior to 1919, but The Miracle Man was essentially his big break. And fortunately for us, the Frog’s “healing” scene is one of the scenes that survived all these decades, allowing us to get a glimpse of what was perhaps Chaney’s most seminal performance. 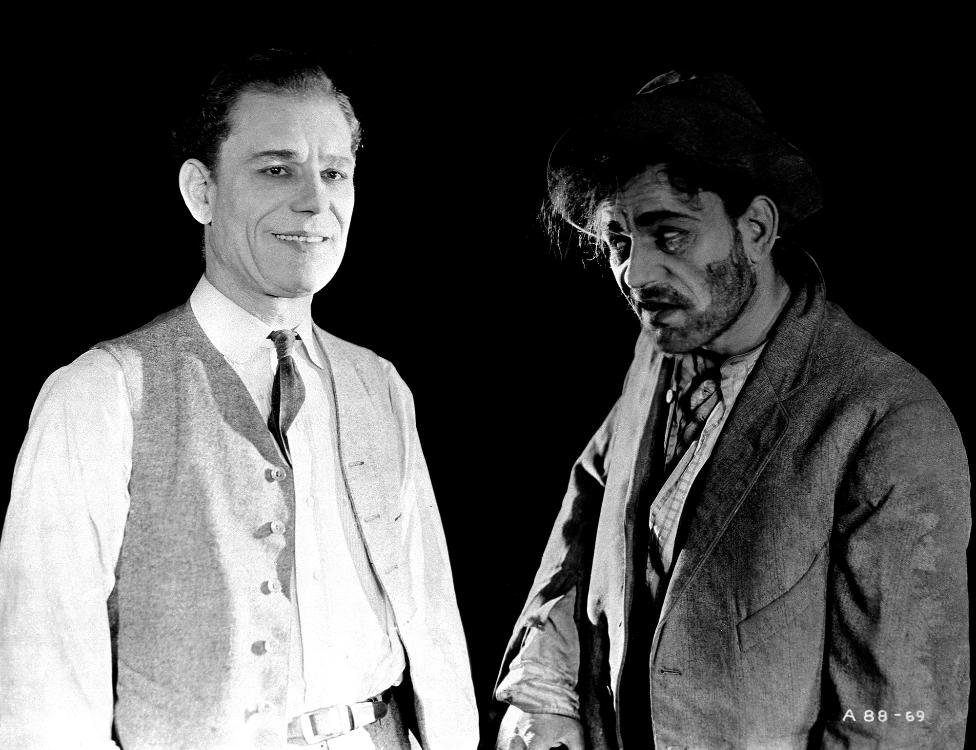 Of the many, many lost films out there, there are a few that remain high on my list–including A Country Hero (1917), Saved From the Titanic (1912), Robert Harron’s Coincidence (1920), The Greatest Thing in Life (1918), and of course, Cleopatra (1917). The Miracle Man is near the very top. Not only was it an important piece of cinematic history, but it has one of the most intriguing stories of any 1910s film I can think of. And yes, I admit I’d like to see it just a wee bit more than London After Midnight.

Thanks to the wonders of 21st century technology, you can view the surviving footage here:

This post was written especially for the Classic Movie Blog Association‘s fall blogathon–a big welcome to any new readers who might be dropping by! This year’s theme is “Outlaws”–focusing on films about gangsters, cowboys, fugitives and various other kinds of lawbreakers. I’m proud to be a part of this fine association, and urge you to check out all the posts by its talented members!