This is post #1 of Comique Month! (I’m so excited, I’ve been wanting to write about this amazing studio for ages.) Enjoy, and check back often throughout the next thirty-one days as we dive into incomparable world of the Comique Film Corporation!

The Comique films! As cheerful as a sunny summer’s day and as energetic as jazzy music, Roscoe Arbuckle’s 1917-1919 series of two-reelers should be required viewing for anyone even remotely interested in silent comedy. They’re goofy, clever, cheerful, inventive, and contain some of the best choreographed slapstick sequences the Edwardian era ever devised. Chaplin’s late 1910s Mutuals may get the most applause, but the “Comiques” (as they’re often called) definitely deserve the most high fives.

At least three for this publicity photo alone.

But despite some excellent restorations, Arbuckle’s Comiques are still somewhat overlooked. They’re usually credited as containing Buster Keaton’s earliest film appearances, and…that’s about it. If they’re discussed in any depth at all, it’s usually in order to analyze Buster’s performances, speculate on which gags might be his, and to compare them with his later, independent work. In other words, the Comiques are held up as examples of decent enough, admittedly energetic films that are of course far inferior to Buster’s own 1920s shorts. Arbuckle was from Keystone, after all. And thank heavens Buster joined his company, otherwise he would’ve kept throwing cream pies and slipping on banana peels or whatever slapstick clowns did back then.

Now, it’s absolutely true that Buster’s own two-reelers are brilliant gems of filmmaking. I’m the last person in this universe or the universe of any other dimension that would argue otherwise. But here’s the thing: I must modestly say that I’ve watched quite a bit of silent comedy. I’ve laughed at Charley Bowers, Marcel Perez, Alice Howell and Larry Semon, I’ve sought out DVD rarities, and have poked through the fuzziest of 16mm prints on YouTube. And with all that said, there’s no doubt in my mind that Roscoe Arbuckle’s Comiques are absolutely some of the finest, funniest shorts the silent era ever produced.

How Comique Came To Be

Before I make my case for something as obvious as the brilliance of Comique, let’s do a brief overview of how this legendary studio was created.

Roscoe Arbuckle, as many SilCom fans know, was one of Mack Sennett’s big Keystone Film Company names. A veteran of the stage, he joined the comedy studio in 1912 and quickly became one of its most recognizable stars. Being a hefty guy, he was nicknamed “Fatty” in his films (a name he rolled with but didn’t quite warm up to).  He developed considerable talent for directing as well, and as a result Sennett gave him a lot of leeway to create his own shorts. 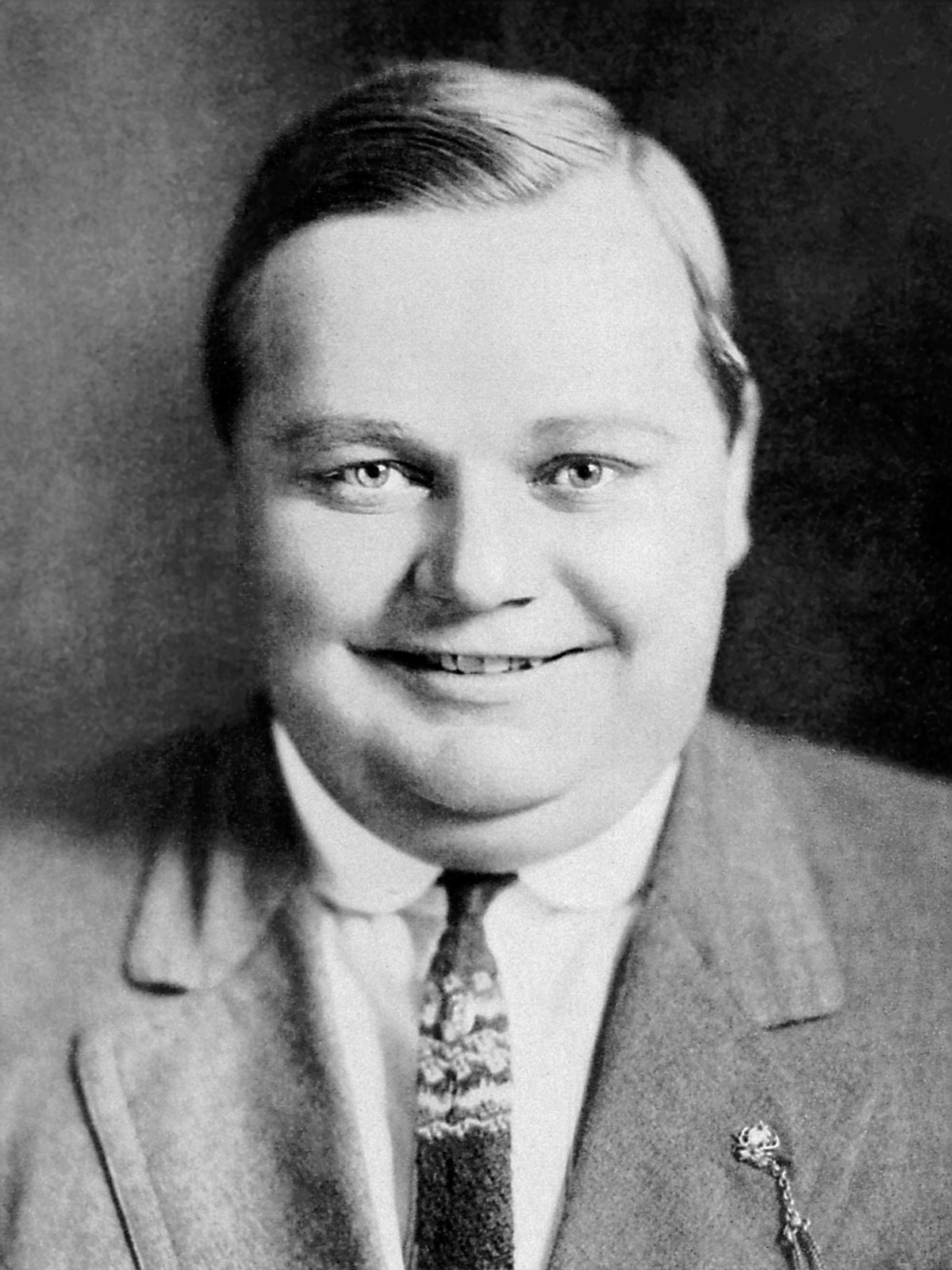 Sometime in 1916, possibly during the filming of lost short The Bright Lights, Paramount representative Lou Anger contacted Roscoe with a tempting new deal. He would be given his own comedy studio, the Comique Film Corporation, and would have full creative control over a series of two-reelers. Not only would the deal mean more money, but it also ensured that Roscoe would be starred in features at some point.

Roscoe agreed to the deal and set up shop at the Colony Studio at 318 East 48th Street in New York City, bringing along acrobatic nephew Al St. John, actress Alice Lake, Keystone veteran Joe Bordeaux, and venerable pitbull terrier Luke (one of the most talented dogs in the movies!).

The press reported: “This famous funmaker claims that you cannot make people laugh for five reels so he is going to make them ‘simply scream’ for two…Mr. Arbuckle will direct most of the productions himself. Another of his hobbies is that he wants to develop new people.” “Develop new people”…and how! For it was almost instantly that Arbuckle nabbed an excellent new performer, the young vaudevillian Buster Keaton.

From 1917 to 1919, Arbuckle released 21 Comique shorts–roughly one every six to eight weeks. The first five were filmed on the East Coast, and the other sixteen were made in southern California. Many of them were set in small towns or rural areas, staying in tune with the “country boy” character Arbuckle often had at Keystone. Romantic rivalries were a popular plotline, usually involving Al St. John as a villainous rival trying to literally steal Roscoe’s girl. Much of the humor revolved around the setting, whether it was a small general store, a restaurant, or in the case of Good Night Nurse! an insane asylum. Arbuckle could find humor in something as simple as his character mixing an ice cream soda, or cleaning a model T. Slapstick set pieces, usually involving Buster Keaton and Al St. John practically bouncing off the walls, showcased some of the era’s wildest pratfalls as well as impressive stuntwork.

His first release, the The Butcher Boy (1917), has a famous backstory. Details vary slightly, but it’s generally agreed that in March of  1917 Arbuckle and Lou Anger happened to run into Keaton on Broadway and invited him to visit the Comique studio. Arbuckle asked the 21-year-old vaudeville veteran if he’d like to do a scene in the film. He agreed, and after playing the scene (probably on the following day), Keaton decided films were his new future. He would appear in 14 of Arbuckle’s Comiques, only being interrupted by serving in WWI.

The shorts were eagerly anticipated and became wildly popular, netting Arbuckle something in the range of a million dollars a year–an astronomical sum in the late 1910s. He certainly earned his paycheck–he would shoot around 15,000 feet of film per short, whittling it down to the 2,000 feet he actually needed. One wonders how many fun gags and priceless moments were left on the cutting room floors.

His 1919 renewal contract with Paramount made headlines when it guaranteed him over three million dollars. Secure and wildly successful, he decided the time was right to move into features. He handed over the reins of Comique to Buster and left for what was assumed to be further fame and fortune. We all know what would happen–the Labor Day weekend scandal involving the unfortunate death of Virginia Rappe, the frenzy of press coverage, the months of trials–but for a time Arbuckle’s career had experienced a kind of golden era, a time of complete freedom and creativity in a time when Hollywood was still, well, Hollywoodland. As I mentioned earlier, the Comiques are often assumed to be inferior comedies, holding no candle to the greatness of two-reel Buster or two-reel Chaplin. A typical example is this excerpt from a 2002 Film Threat article by Phil Hall, quoted in James Neibaur’s book Arbuckle and Keaton:

The Arbuckle films offer a brisk, surreal and, admittedly sometimes incoherant approach to comedy. Plotlines shift abruptly to support a truckload of gags and routines which, although screamingly funny, nonetheless bear no resemblance to the purpose and point of the film’s initial direction and goal.

[Arbuckle’s] inventiveness, however, seems to have been largely of the Sennett brand, a way of hurling bodies together or into telephone poles that would send them careering in odd directions. Genuine slyness, or original use of the medium, is rare. During my Keystone Month a couple years back, I argued that the famed Sennett shorts were underestimated, simply because we modern-day viewers aren’t used to having to pay such close attention to action without sound. (Although it’s true that blurry, choppy prints don’t do us any favors.) There’s always motivations behind the clowns’ lampooning, and yes, there were plots that were set up reasonably well. I’d argue that we should look at the Comiques in a similar light. Any confusing gags or “randomness” can likely be cleared up by simply paying closer attention, as well as keeping in mind that loose, episodic comedy was very widespread at the time. Probably the most common criticism of Arbuckle’s shorts is their frequent use of the supposedly inferior “two-part structure.” (I’m not sure just why a two-part structure is, in itself, a weak point, but let’s continue.) Now, it’s true that the quality of the Comiques can vary. The Cook, for instance, switches gears rather abruptly, and The Rough House sometimes feels like half an Arbuckle film and half a Keystone product glued together. Yet the two-part structure of, say, The Butcher Boy is wonderfully cohesive, with the loose gags in the first half setting up the character’s motivations for the plot in the second. When done well, the structure of these comedies gets the viewer relaxed and laughing in the beginning and then fully engaged by the time the plot-driven second half arrives.

If there’s one thing the Comique films have in common–aside from their many hilarious moments, of course–it’s their wonderful sense of rhythm. When you have to keep the audience in the palm of your hand for a full twenty minutes, pacing is everything. The editing, the timing of the gags, the slightly undercranked movements of the performers–it’s all done so well that these shorts still feel fresh and buoyant today, a full 100 years later. Combine that with the first-rate performances by the supporting actors, high production values, and the skillful camera work, and you’ve got yourself some classic silent comedies. Which in turn give us life-affirming stills like this.

Of course, the key ingredient to the Comique films’ success? Roscoe Arbuckle. We talk about Buster’s role in the shorts continuously, but the Comiques were first and foremost Arbuckle films. In his introduction to the aforementioned Arbuckle and Keaton book, Neibaur sums up the comedian’s genius:

The Arbuckle films…clearly display every facet of his creativity as a comedian and filmmaker. The structure of each film may have offered some consistent similarities, and Arbuckle’s penchant for slapstick was certainly a mainstay, but the films also show a greater substance than could be found in any other comedies of the time (with the obvious exception of Chaplin’s concurrent productions for Mutual and First National). Arbuckle flirted with parody, delineated a beloved character whose humanity went beyond the limits of mere buffoonery, and offered clever, subtle pantomime with remarkable grace.

Absolutely. One hundred years ago, Arbuckle was considered one of the funniest men in the world, and today it’s still easy to see why. More than one film historian thinks he should be part of the “Big Four” of silent comedy.  On my part, while there are other comedians whose work I equally adore, only Laurel and Hardy make me laugh out loud more than Roscoe. And I, for one, have a feeling that his brilliant, witty, outrageous Comique series will always find new generations of fans. My most important source for Comique Month is James Neibaur’s book Arbuckle and Keaton: Their 14 Film Collaborations, published by McFarland. So far, this is the only book to focus exclusively on the Comiques and it’s highly recommended!