But there’s still several places I’m bound and determined to visit one day, and as of right now these sites are in my top 6:

Back in the 1910s, Florida came mighty close to being one of the film capitals of the world. Filmmakers on the East Coast found it convenient to work in the warm southern climate during the dicey winter months, and as a result around 30 companies set up shop there by 1916. Today, the only studio whose buildings have survived is Norman Studios, one of the few who made films with all-black casts. The buildings have been preserved and converted into a silent film museum, which sounds well worth a road trip.

Do these old, old European buildings look familiar? If you love silent horror, they should–these are the buildings Count Orlok moves into in Nosferatu (1922). The window he stares out of is the middle window on the third floor of the building on the left. Werner Herzog filmed scenes for his own Nosferatu: Phantom der Nacht in the very same spot, as a way of showing his reverence for the original film.

These historic structures are in Lübeck, Germany and are called the Salzpiecher–or “salt storehouses,” which is how they were used in the 16th-18th centuries. And I simply have to go there and see them for myself–preferably on a cloudy, gloomy day.

I don’t care if the actual building was knocked down and replaced in 2012, this was the location of the Comique film studio where Arbuckle filmed some of his funniest two-reel classics and where Buster made his first appearances on film, and I must go there, darn it. Oh, and silent superstars Norma and Constance Talmadge had their studios in the same building, too. 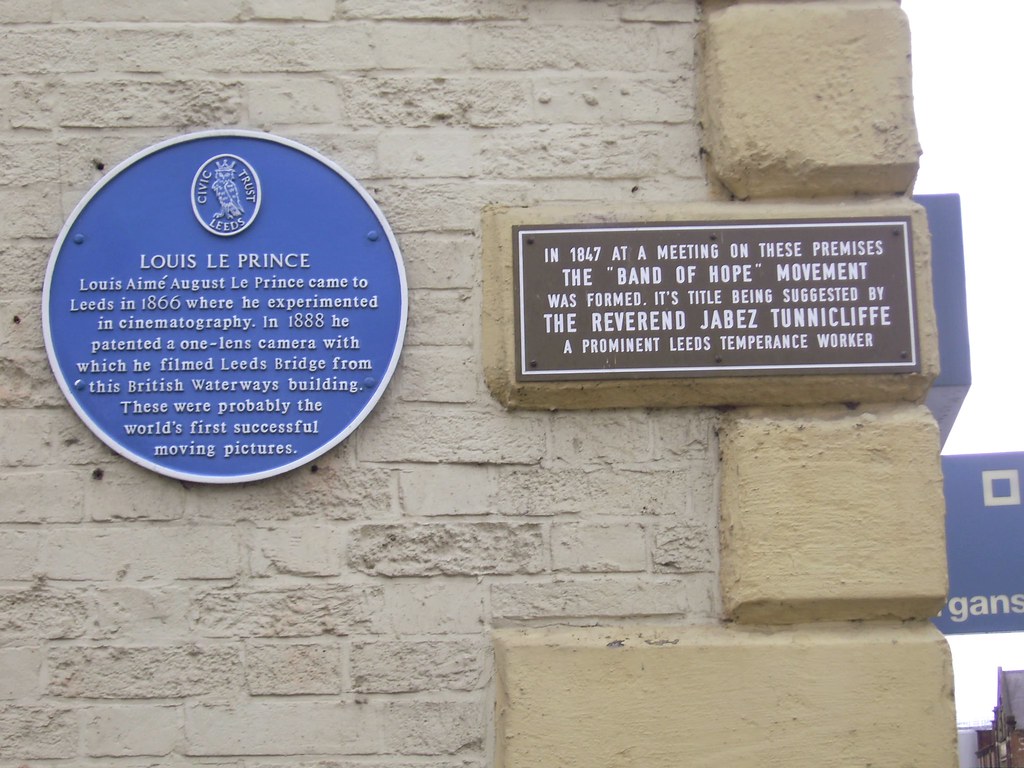 In 1888, the world’s first moving pictures were shot in Leeds, England by French-born inventor Louis Le Prince–Roundhay Garden Scene and Traffic Crossing Leeds Bridge. A plaque is on the old building facing that very same bridge where Le Prince shot his famous footage, and it’s thought that we can even pinpoint which window he was standing in. How can I resist travelling to the birthplace of motion pictures? It’s going to happen, folks!

Just about everyone who loves silent films dreams of going to the Oregon town where Keaton filmed his masterpiece The General, and standing in the very location where the silent era’s most famous (and expensive) stunt took place. It’s said that twisted pieces of railroad track are stuck in the rocks along the river to this very day.

The old railroad line itself has apparently been converted to a bike trail (or so I’ve heard), which to an avid biker like myself is a bonus incentive. One day, I shall glide along those trails on my trusty bike and imagine myself back in the summer of 1926.

Also known as Le Giornate del cinema muto, this, my friends, is the most prestigious silent film festival in the world–a week-long extravaganza that’s been held annually in Italy for over 35 years. Going there would be a kind of pilgrimage, one that I’m anxious to undertake. One of my mottos is: “One day, Pordenone!”

So those are some of the biggest items on my silent-related bucket list so far. What are some of yours?