As my final post for Soviet Silents Month went up on Saturday, I was…sitting in a concert hall in Topeka, enjoying the 24th annual Kansas Silent Film Festival! Technically I posted it between showings, since I discovered I accidentally scheduled it for 7 p.m. instead of 7 a.m…. (It only took several minutes of extreme aggravation to fix!)

If you’re a regular reader you know that I make a pilgrimage to the prestigious San Francisco Silent Film Festival every year. I’ve also gone to the Buster Keaton convention in Muskegon and seek out silent film showings here in Minnesota when they’re available. Well, my life needed more festivals, and the annual fest in Kansas fit the bill. Not only was it close enough for me to drive there (only seven 1/2 hours–did I mention I’m a Midwesterner?) but it would be a nice little weekend getaway: a program of Friday evening showings and showings all day Saturday, with some of the finest live musical accompaniment, and, it was all free!

There were 13 films in all, from very early Biograph comedies to a gangster drama to one of Doug’s epic adventure films. And, did I mention, it was all free, free, free?! 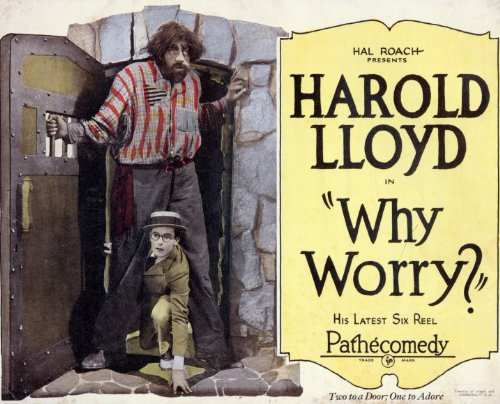 Film #1: A Smoked Husband (1908) starring J.R. Cumpson and Florence Lawrence
Accompanied by Jeff Rapsis — One of those “primitive” Biograph one-reelers, wherein Mr. Jones mistakenly thinks his wife is having an affair and hides in a chimney in hopes of catching the two together–a flawless plan!
My Verdict: This short, and a couple others shown this weekend, were from the Biograph Project headed by the fabulous historian Tracey Goessel (I reviewed her excellent Doug biography here). Happily, Goessel introduced several films at the festival and also gave a talk during the cinema dinner, but I’ll get to that! The Biograph Project’s goal is to preserve all of the Biograph shorts, which largely survive as paper prints. As you can imagine, the process of scanning these prints, putting them together and stabilizing the images is time-consuming to say the least. But man, the results are beautiful. A Smoked Husband (not seen in over a century!) was as crisp and clear as the day it was made–and while its story was pretty slender, it got quite a few laughs out of the audience. I liked the appearance of some cops that reminded me of the famed Keystone Kops, too.

Film #2: Why Worry? (1923) starring Harold Lloyd and Jobyna Ralston.
Accompanied by Marvin Faulwell — Thinking he needs a rest for his health, wealthy hypochondriac Harold Van Pelham goes to a remote South American island for a long vacation. He doesn’t realize, however, that the island’s on the brink of a revolution–and when the revolution happens, he still doesn’t realize it.
My Verdict: As far as crowd-pleasers go, this was probably the overall winner of the festival! While it’s not as well known as Safety Last! or Speedy, Why Worry? proved it was every bit as fun to experience with an audience. A couple gags (particularly ones with the megatall John Aasen) even got some applause. A strong start to the weekend!

Film #3: Mr Jones at the Ball (1908) starring J.R. Cumpson and Florence Lawrence
Accompanied by Bill Beningfield — Mr. and Mrs. Jones find themselves in a predicament when Mr. Jones’s pants split while they’re attending a fancy ball.
My Verdict: Another charming and amazingly clear Biograph short. Getting to really take in all the onscreen details, from the clothes to the decorations on the sets, was just marvelous–especially if you’re used to those blurry old prints you normally see of century-old-or-older films.

Film #4: Leap Year (1921) starring Roscoe “Fatty” Arbuckle
Accompanied by the Mont Alto Motion Picture Orchestra — Stanley Piper, an heir to a fortune, has the reputation of falling for every woman he meets. He also has a bad stutter that pops up at the worst times. He’s secretly in love with a nurse, but his life becomes complicated when he accidentally leads three of his woman friends into thinking they’re engaged to him.
My Verdict: I’m always happy to watch Arbuckle, although Leap Year isn’t his strongest work (at the time it was probably meant to show more of his range, so he wouldn’t be typecast as a “low” slapstick comedian). This one got fewer big laughs than Why Worry?, but I’m glad I got to see an Arbuckle feature on the big screen. 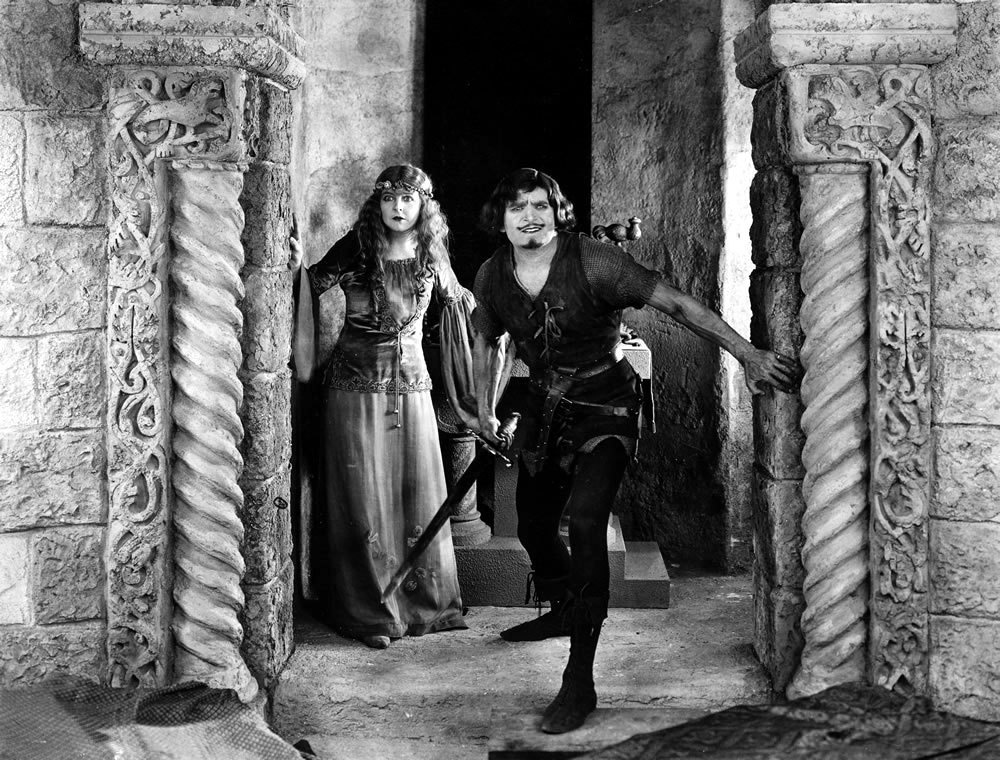 Film #5: Documentary on silent era stunt performers — Helping us all wake up (day 2 started at 9 a.m.!) was an hour-long doc on fearless stuntmen of the ’20s–otherwise known as the “Eh, I’ll be fine” age. Fascinating and frightening, folks. The things they did back then…!

Film #6: The Adventures of Dollie (1908) with Arthur Johnson
Accompanied by Bill Beningfield — A couple’s little girl is kidnapped by a gypsy and put in a barrel, which ends up floating down a river–will the little girl be saved?
My Verdict: This is one of those very simple early one-reelers, but there’s more significance behind it than meets the eye–it was D.W. Griffith’s first film. There’s some hints of what was to come, such as the camera placements during the river shots and the “pastoral” shot of two barefoot boys carrying fishing poles. Now I can say I saw it on the big screen in wonderful quality!

Film #7: A Child’s Impulse (1910) with Mary Pickford, Charles West and Gladys Eagan
Accompanied by Bill Beningfield — A handsome young bachelor is caught in a love triangle between a flirtatious, socially ambitious widow and the good-hearted, attractive farmer’s daughter. When it looks like the bachelor is leaning toward marrying the widow, the daughter’s little sister makes a bold decision.
My Verdict: I can’t decide what I enjoy more about these restored Biographs, glimpses of greats like Mary Pickford in early roles, the lovely Edwardian clothing, the furnishings, the kinds of plots that were popular back then–it’s all a fascinating window into the past. Gladys Egan played the little sister, by the way, and her “big scene” at the end made the audience go “awwww.”

Film #8: Soul of the Beast (1923) starring Madge Bellamy
Accompanied by Jeff Rapsis and Bob Keckeisen — A young performer has a trained elephant act in her stepfather’s circus. After the stepfather abuses her, she flees the circus, taking her elephant friend along. She ends up at a logging camp where she begins to fall in love with a young, crippled musician. Unfortunately, they get on the wrong side of the camp’s cruel, bullying owner.
My Verdict: Well that was different. This is one of the odder silent film plots I’ve seen, melodramatic but filmed in a realistic way that made everything seem a bit…off. There’s also a couple scenes where the elephant can apparently talk, because why not? Whimsy! While not a masterpiece, it certainly left an impression. And it was nice seeing one of the lesser-known leading ladies, the 1920s star Madge Bellamy (she must’ve had fun interacting with the well-trained elephant). 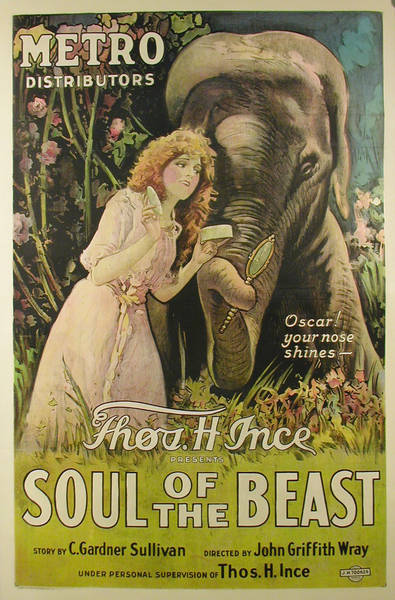 Film #9: The Student Prince in Old Heidelberg (1927) starring Roman Novarro and Norma Shearer
Accompanied by Jeff Rapsis — The crown prince Karl Heinrich has a lonely childhood, his main companion being his sympathetic tutor. As a young man, he’s excited to learn he’ll be finishing his education in the lively university town of Heidelberg. While there, he falls for Kathi, who helps run her family’s inn.
My Verdict: This Lubitsch film, witty and expertly directed as always, was a joy. Novarro and Shearer both seemed to be having a great time, and one of their romantic scenes set in a field of flowers ranks as one of the great shots of the silent era. A great choice for the festival.

Film #10: Underworld (1927) starring Evelyn Brent, Clive Brook and George Bancroft
Accompanied by Marvin Faulwell and Bob Keckeisen –Gangster leader “Bull” Weed works with former lawyer “Rolls Royce” Wensel to pull off various schemes. Complications arise with Rolls Royce falls for Bull’s girlfriend “Feathers” McCoy.
My Verdict: And now for something different! If you like gangster pictures, Underworld will be right up your alley, with its drama, noir-esque photography and hardboiled characters who all go by catchy nicknames. I really dig Larry Semon’s small role, too, adding just the right touches of humor.

So if you’re going to the festival I highly recommend you go to their banquet-style dinner, right across the street from the theater.  It had good food, good conversation, and even a few drawings. There’s also a talk by a film historian every year, and this year it was given by the always-delightful Tracey Goessel on Douglas Fairbanks (seriously, Doug is lucky he has such a champion). Fyi, you have to make a reservation beforehand, and it costs $40 per person right now. It was well worth it to me!

Film #11: The Rivals (1923) starring Slim Summerville and Bobby Dunn
Accompanied by Jeff Rapsis — Lanky Slim and little Bobby, who work in a low budget film studio, fight over the affections of the lovely Esther Ralston in this Universal short.
My Verdict: This was another favorite of mine from the festival, and not just because Slim and Bobby are a couple of my Keystone pals. Obviously the contrast between tall Slim and little Bobby is fun to begin with, but the short also has some of those “shot on location” sidewalk sequences (always love the inadvertent documentaries these low budget shorts capture!). There’s also a beautifully goofy visual gag at the end–if Sennett ever saw it, he was probably jealous. 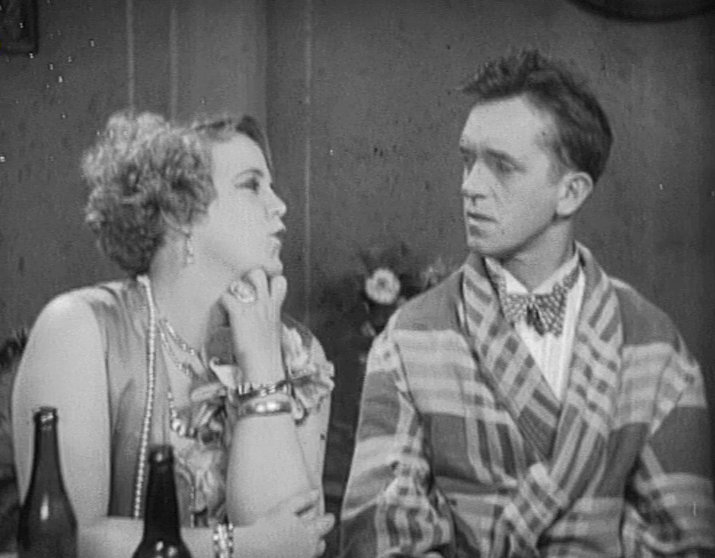 Film #12: We Faw Down (1928) starring Stan Laurel and Oliver Hardy
Accompanied by Marvin Faulwell and Bob Keckeisen — Stan and Ollie lie to their suspicious wives so they can sneak off to a poker game, only to get innocently mixed up with two flirtacious ladies. Unfortunately, one of the ladies has a boyfriend who’s a professional boxer.
My Verdict: If you love Laurel and Hardy like I do you’ve probably seen this short, with its very funny (and rather risque) closing gag. This showing was extra special since projectionist Jim Reid brought his own 16mm print, which had bits of footage other prints don’t have. The audience definitely got a kick out of it!

Film #13: Robin Hood (1922) starring Douglas Fairbanks and Enid Bennett
Accompanied by the Mont Alto Motion Picture Orchestra — Doug’s retelling of the Robin Hood legend, done in epic style.
My Verdict: This was a suitably prestigious adventure film to close out the festival, in turns both lighthearted and darkly dramatic. Doug’s version always reminds me of why we love the story of Robin Hood. The villains of the story commit some truly heinous, frightening crimes, yet Robin Hood and his Merry Men are still able to use humor as one of their strengths against evil. Who better to embody this kind of powerful optimism than Doug?

And that was the Kansas Film Festival! I thought it was a very nicely-curated program, having a variety of films from different genres that managed not to overshadow each other. All the music was fantastic and complemented each film perfectly (no crazy avant-garde experimentation going on here!), earning many of the musicians some standing ovations.

The venue was the White Concert Hall at Washburn University, which was very nice with more than enough seating (and no bad seats in the house, really). There were DVDs, t-shirts and handcrafted jewelry for sale (I got a fantastic deal on a DVD set I’ve been eyeing) and a silent auction, too. Also, the weather managed to be perfect, in the upper 50s and sunny–not always the norm in February in the Midwest. We lucked out all around!

I just might have to make the trek back next year for the fest’s 25th year. And maybe I’ll have to bring a few guests, too!

3 thoughts on “My Time At The 24th Annual Kansas Silent Film Festival!”