But maybe, like me, you’re wondering precisely how an ostrich-related injury could lead to someone’s death–a full two years after the fact, mind you. (Didn’t know about that time frame? Yup, it’s true.) And maybe you’re suspicious that the details about the ostriches vary so much–was the unfortunate Billie kicked or mauled by the savage birds? And how many birds were there? One or more than one? Since this is obviously is one of the most debated questions of the modern age, let us examine it more closely.

Billie Ritchie’s legacy has been overshadowed by his thunderously obvious resemblance to Chaplin, and indeed, it’s possible he was meant to be L K-O’s answer to the famed comedian. Ritchie was a member of Fred Karno’s pantomime company (just like Chaplin–and Stan Laurel, for that matter) and then spent a few years appearing in U.S. musical revues. In 1914 Henry “Pathe” Lehrman offered him a chance to appear in his Lehrman Knock-Out comedies, and thus Ritchie became one of L K-O’s most familiar stars. 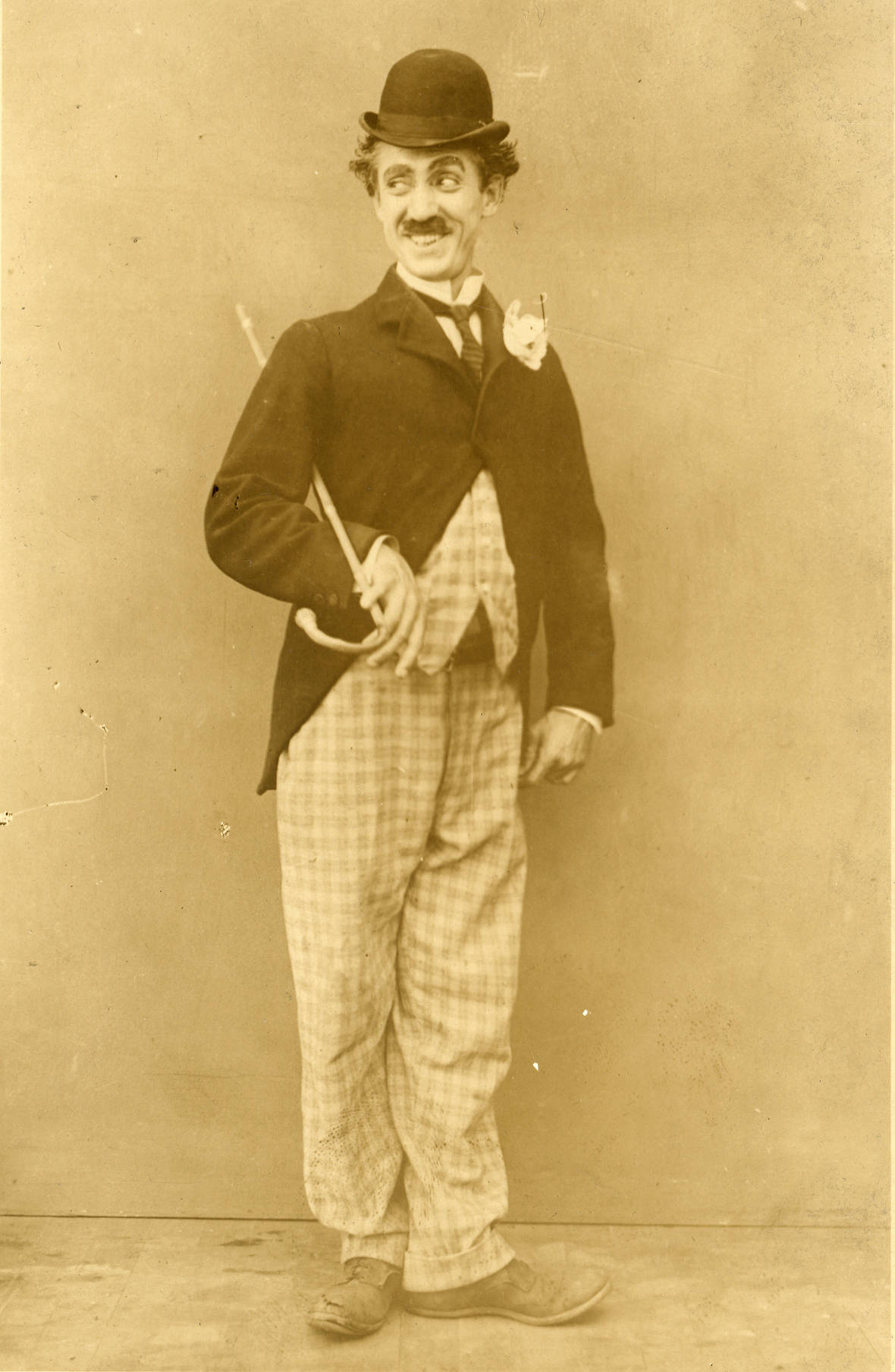 And today’s most familiar cause of the question: “Hey, isn’t that Charlie Chaplin?”

Lehrman, a former director at Mack Sennett’s studio, had created L K-O with the intention of making zany slapstick comedies just as laugh-at-loud funny as the Keystones. Since Chaplinmania had begun taking over the globe in 1914, he may very well have meant Ritchie to be L K-O’s rival to the beloved star. After all, Ritchie’s look seems too similar to be a coincidence, and while he did have his own comedic style and distinctly nasty type of character, it’s hard not to be reminded of Charlie whenever he struts onto the screen.

How much of Ritchie was imitating Chaplin and how much of Chaplin’s inspiration may or may not have come from Ritchie’s Karno days (I’m skeptical) is worthy of its own article, but enough with all that–what about the ostrich(es)?!

Apparently, Billie had been injured on set more than once, the first time being around 1918. Lehrman’s actors and extras were no strangers to accidents–when it came to filming stunts, the director was so indifferent to life and limb that some extras refused to work for him. Ritchie attempted to perform a stunt (exactly what it was is unknown) and ended up with internal injuries that left him bedridden for several months. And after recovering around 1919, the fatal ostrich attack happened–talk about not catching a break.

Some sources refer to a single ostrich either kicking or biting the unfortunate Ritchie, and some mention several ostriches. It seems to me that all it would take is just one of the giant birds knocking over Ritchie and stomping on him to re-trigger old injuries–although maybe ostriches like to gang up sometimes, I wouldn’t know. In the interests of super duper serious research, I looked up YouTube videos of ostrich attacks and they seem to favor a) charging, b) knocking Enemy Bipeds down, and c) chomping. Billie Ritchie the slapstick comedian’s “ostrich attack” strikes us as funny today, but it certainly wasn’t at the time–let’s just say they can be aggressive birds.

The idea that Ritchie’s ostrich-related injuries would linger for nearly two years and eventually cause his death on July 6, 1921 is strangely vague, even in that era before modern medicine. This idea became widespread almost instantly–here’s one of the many newspaper clippings: 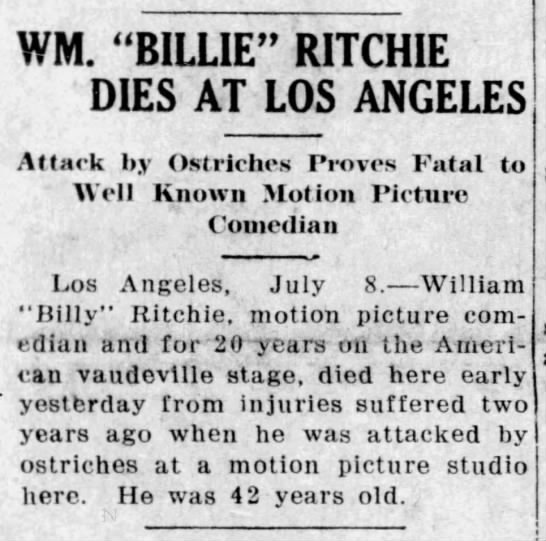 Other clippings say an ostrich “escaped from its pen” and attacked Ritchie. But in any case–drumroll–it simply wasn’t true. Ritchie’s health was indeed poor for a long time before his demise and the injuries certainly didn’t help, but according to his death certificate the ultimate cause of his death was stomach cancer (noted as “carcinoma of the stomach”). We can see how his former internal injuries could’ve caused some confusion, although it’s interesting how quickly the ostrich incident was circulated. (Was suffering from cancer kept more quiet back in the day?) 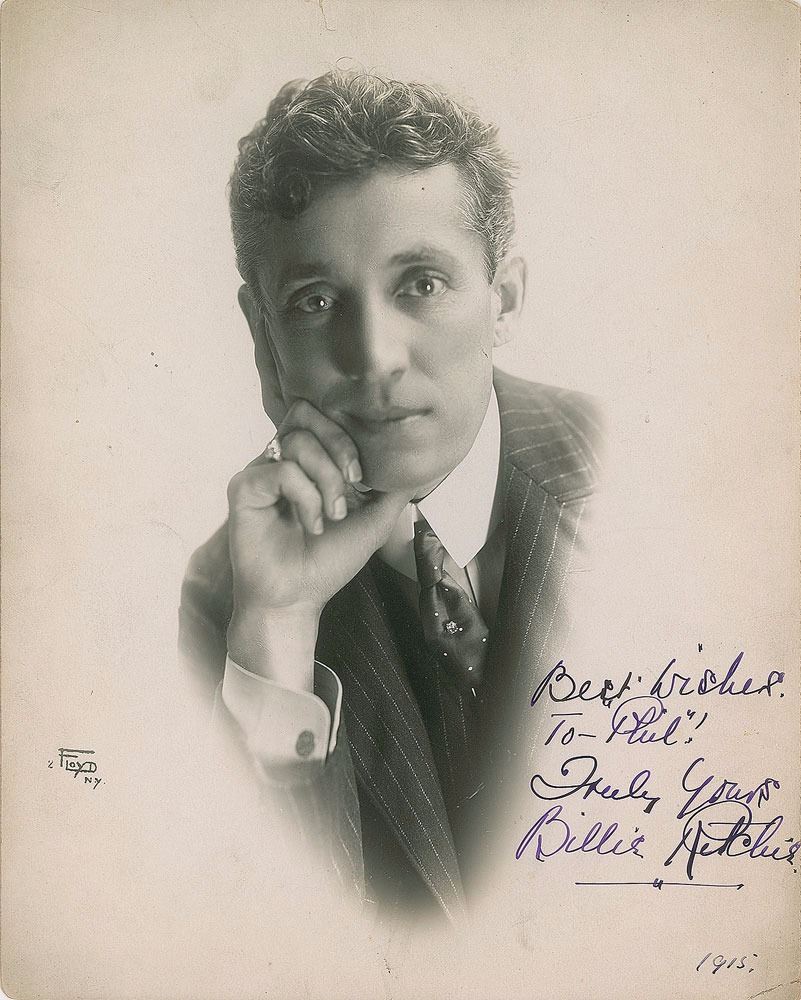 Billie Ritchie’s grand niece Lisa Robins is the keeper of Ritchie’s old scrapbooks and photos, and can apparently confirm that his family had been aware of Ritchie’s stomach cancer. She has also shared an anecdote almost as memorable as the ostrich story, if you ask me:

When I visited [Ritchie’s daughter Wyn] she showed me the family albums…She spoke of Billie playing the cello and she would often listen to him play. Then on the day of the funeral she heard a very loud noise coming from the music room. When she went to see what had happened she stated that the cello was laying on the floor with a split from top to bottom. 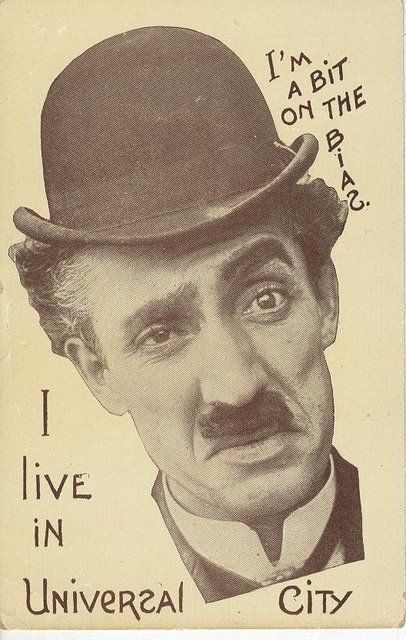 The Universal Weekly ad, info on Ritchie’s death certificate and Lisa Robins quote are from the fine book Mr. Suicide: Henry “Pathe” Lehrman and the Birth of Silent Comedy by Thomas Reeder.

7 thoughts on “Did Billie Ritchie Really Die From An Ostrich Attack?”